My boys love Angry Birds so I thought it would be fun to make them an Angry Bird themed lunch, but have it revolve all around the pigs. We’ve done some fun things with the birds before so I thought having pigs would be a fun change. We used Rhodes Rolls white dinner rolls to make the pigs. They were pretty easy to make and the boys had a lot of fun helping out. This tutorial makes 6 pig rolls.

Also, be sure to enter the giveaway to win a kid’s cooking pack below from my friends at Rhodes Bake-N-Serv.

Spray the bottom of pan with cooking spray and put 8 frozen Rhodes Rolls inside to thaw. 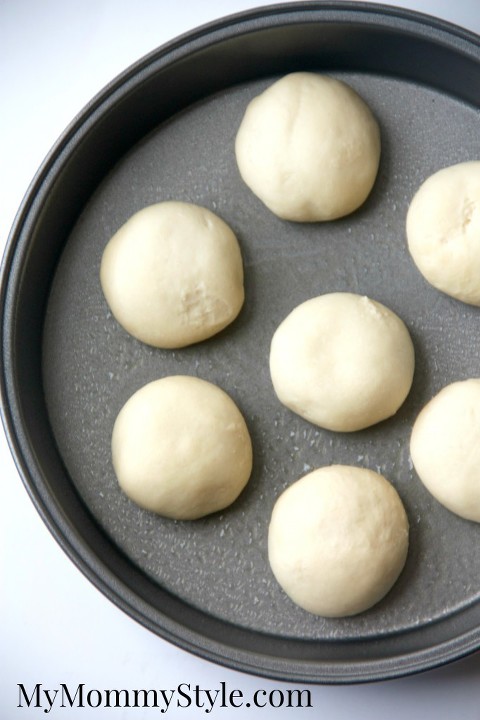 Roll out 6 rolls into flat ovals. 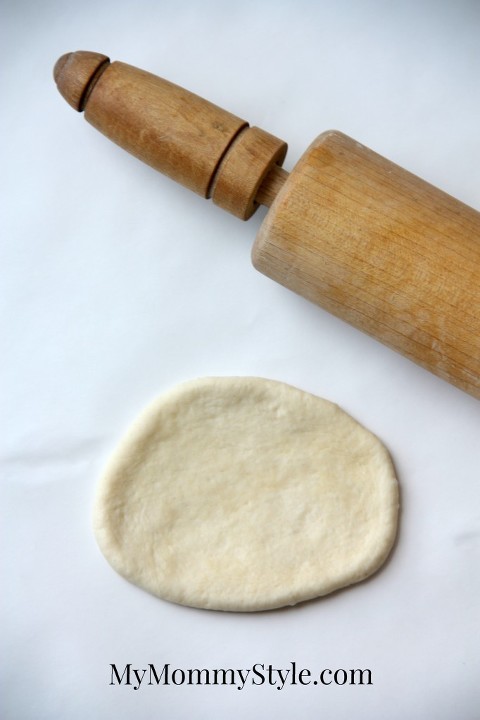 The remaining two rolls will be the pig snouts and ears. Cut out six circles (I used a large frosting tip as a cookie cutter) and roll those into ovals shapes. Cut out 12 pig ears as well, they are just half circles. I cut mine out with the same frosting tip that I used for the snouts. 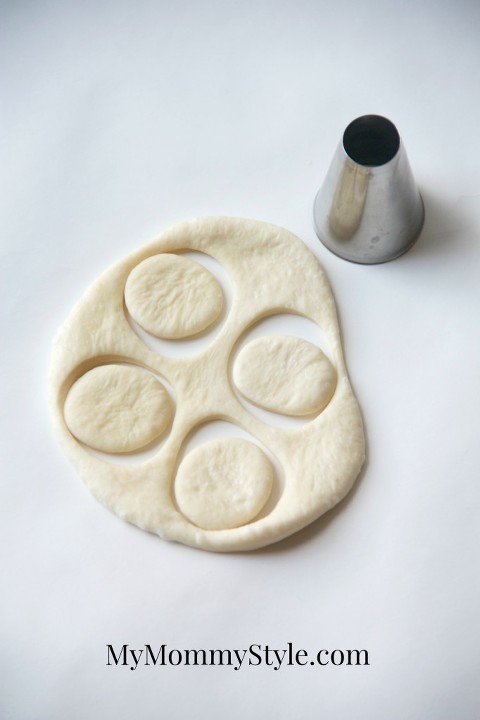 Add the snouts to the large ovals and then add the ears. I just simple placed the ears behind the body of the pig and as they baked they fused together. 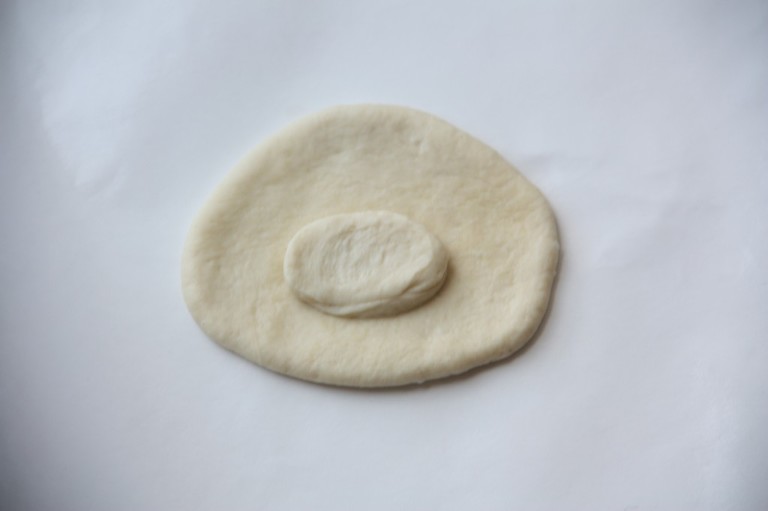 Bake the pigs for 15-17 minutes, or until they are golden brown. Cut two large eyes out of mozzarella cheese for the eyes, raisins for the nostrils, and I used an edible marker to draw on the eyebrows. That’s it! Aren’t they cute? 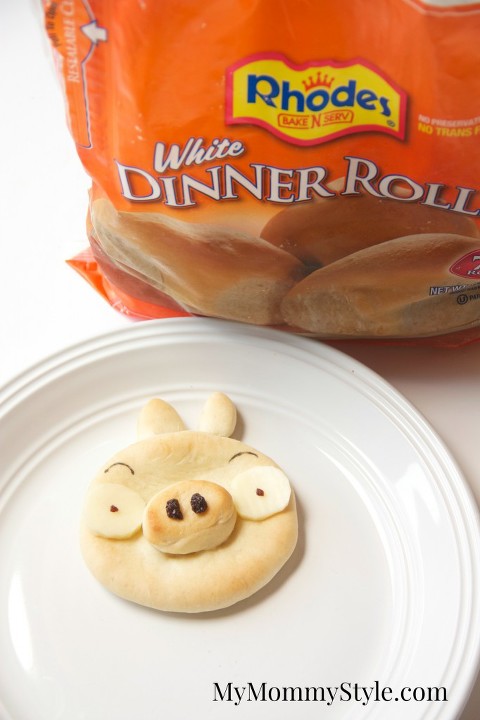 For the lunch I served the Rhodes Roll pigs with ham and potato soup (get it? HAM soup!), green grapes (because the pigs in the game are green), and pig snout cucumbers (I just cut two nostrils out with a straw). This is a fun lunch to serve on a plate or you could send this in a lunch box. Here are some tips on how to pack a thermos in a lunch box. 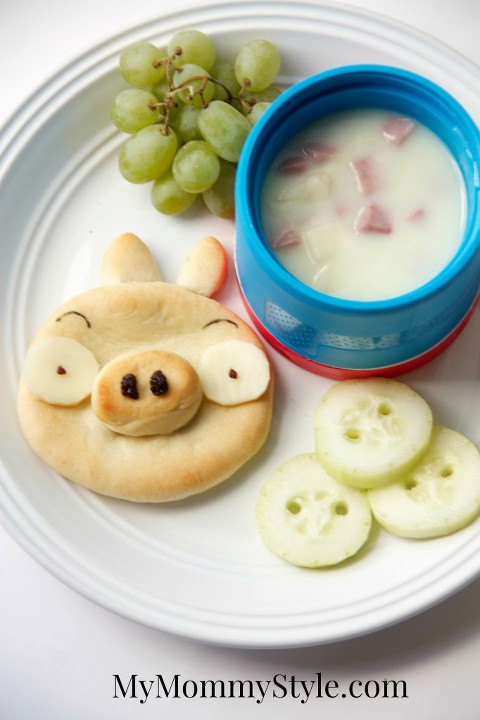 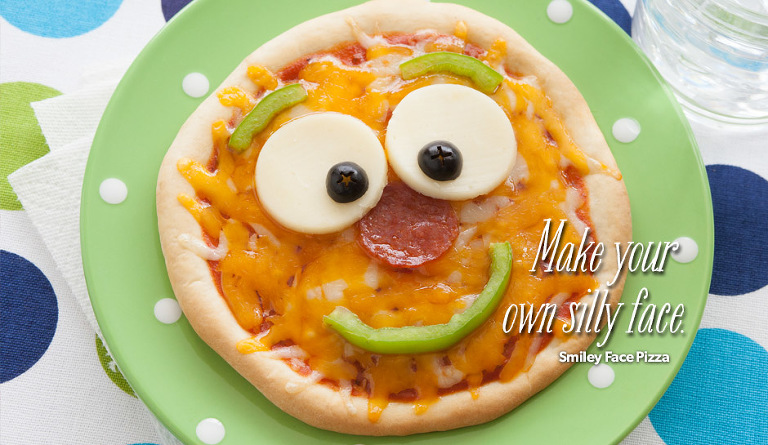 Take a look at Rhodeskidsbaking.com for lots of kids recipes and snacks!  Your kids can pick out a recipe they want to make with little help from you.

Lunch Box Ideas: Things to put in a thermos

5 comments
« My Mommy Style YouTube: A Mommy’s life with a Touch of Yellow + Workout tips for the busy Mom
Top 5 tips for Taking the Stress out of your Photography session: White Dandelion Photography + a GIVEAWAY! »