The truth hurts…and other weighty matters

So, I just updated yesterday…but I feel like I left out a few things:

I really hate being completely honest…and vulnerable, but I’m going to be.  Only because I think I’m not the only one who struggles with these things…weight that is. Talking about it openly can help to facilitate the discussion of health in a positive manor.  It is never okay to sit around judging others for their bad decisions, people are people, and we all make mistakes.  Some people’s mistakes are just more obvious than others. But I also never think its okay to sit around telling people who are making poor life choices that they’re just fine;  Especially myself.  There are just FAR too many justifications for people to live unhealthy lives and to continue going down that path.

Myself for example; I can come up with about 1000 different excuses of why I shouldn’t or “can’t” to lose weight right now, or why I gained it in the first place:

I certainly could come up with TONS more, but they’re just excuses.  The fact of the matter is, I’m not in a healthy place right now and I should be.  Why?

I don’t want to listen to the excuses I give myself anymore; I just want to be fit and active and BE my age!! I’m still a 20 something for crying out loud!!…okay okay, so, I’m in my last year of being a 20 something, but gosh dang it, I want to look it and feel it!  And having 3 kids isn’t an excuse to be overweight; it’s a reason to get fit!

This is officially the 3rd time I’ve had to lose weight in my life….and it sucks.  The first time was after I had been married for a year or two…ugh, we ate out SO MUCH (I mostly blame Café Rio! Curse you!!) And despite what I thought, I literally knew nothing about nutrition, especially for my body.

I’ve known for many years that I have insulin resistance, which in a nutshell means I’m pre-diabetic.  What I didn’t know about that back then, was that I need protein…lots of it.  As in, I should NEVER eat a carb without pairing with a protein; but honestly, no one really should anyway.  In case you hadn’t noticed, all of the very healthiest diets now really promote healthy proteins with every meal.  (If you too have insulin resistance and have more questions, I’ve actually done a TON of research on the topic and can point you in the right direction on some good literature about the condition, feel free to leave me a comment and I’ll get back to ya.)  I also, have PCOS (poly-cystic ovarian syndrome), hence the fertility treatments.  Often PCOS and insulin resistance go hand-in-hand… (Which I’ve also read TONS about).

So, after I had been married for a little over a year, I decided I really needed to lose the weight.  To keep it short, I went to personal trainers, entered challenges, went to a couple of different nutritionists, and all in all, I lost a grand total of like MAYBE 8 lbs.  I know that some of you will just think I wasn’t really following their programs, but I swear to you on my 3 sweet, innocent little babe’s that I followed religiously!  It was baffling.  But after many many sleepless nights, reading books about PCOS and insulin resistance and researching it online, I finally realized the whole protein thing…kind of a big deal for me.  I started a really healthy diet called the insulin resistance diet (which pairs a healthy protein with every meal) and finally started seeing great results

The Insulin-Resistance Diet–Revised and Updated: How to Turn Off Your Body’s Fat-Making Machine

…but then I got impatient, and I turned to a diet you’ve probably heard of… HCG.

I lost 45lbs so so quickly and felt amazing!!! However, and I can’t believe I’m really sharing this, but I got into a really bad habit and began to binge and purge.   Not all of the time, but if I was on vacation, or a holiday I would feel so guilty about eating bad foods that I couldn’t stop obsessing over having ate it until I threw it up.  And, to make matters worse, if I was going to throw up anyway, I was just contemplating what else I could eat before that.

I was elated and mortified the day I found out I was finally pregnant.  So thrilled to be pregnant of course, but worried about the binging and purging I had done and I agonized over whether I had done any harm to my precious tiny baby now growing inside a body I had not been taking care of.

I was truly blessed and had a prefect pregnancy and ate without feeling the need to purge (which then led to a 55lb weight gain!).  My beautiful baby son was born while the hubs was in Iraq, and he was and is perfect!  My friends and family can attest, he was an angel baby!! Slept through the night from day 1…and I don’t mean 4 hours “through the night,” I mean 6-8 hours a night, EVERY night! And 12 hrs a night from 10 weeks on!  Blessed!  I didn’t really start getting diet crazy again until his 1 year birthday rolled around…which, I realized, I was still ROLLING around!  I had tried a couple of diets, but hadn’t really stuck to them.  I swore I would never do the HCG thing again because of what it did to me the last time, but losing a pound a day is pretty darn tempting.  So regrettably, I did it again…and lost all of the weight and more in a hurry. But then the temptation of purging came back, and I found myself doing it more and more.  I found it insanely hard just to maintain.  I would diet all week long, and then just a meal out on the weekend would put me up a couple pounds. So then I’d starve myself all week long, eating nothing but plain chicken and veggies and I’d find that those 2 lbs wouldn’t come off.  So if we ate out again the following week, I’d justify purging.

I think most people that truly know me, even many of my best friends might be shocked to know that I was really battling depression.  I’m really good at putting on my game face.  What’s so stupid is that it was all self-inflicted.  I have a fantastic life, a great family, beautiful children, and a husband who is drop dead gorgeous and tells me everyday how beautiful I am.  I’m educated, and I’ve been so successful in my life, why wasn’t I happy?

Because I wasn’t taking care of my body; Pure and simple.  I might have been thin (I don’t mean skinny, I’ve never been that) but I sure didn’t feel great about myself.  How could I?  I was literally going against nature.

Here’s a photo from when I was about half-way through losing the weight and when I got to my goal, but then I lost another 15 lbs after that…it’s funny, I actually think that I look better in the “before” image. (losing weight the unhealthy way does that) 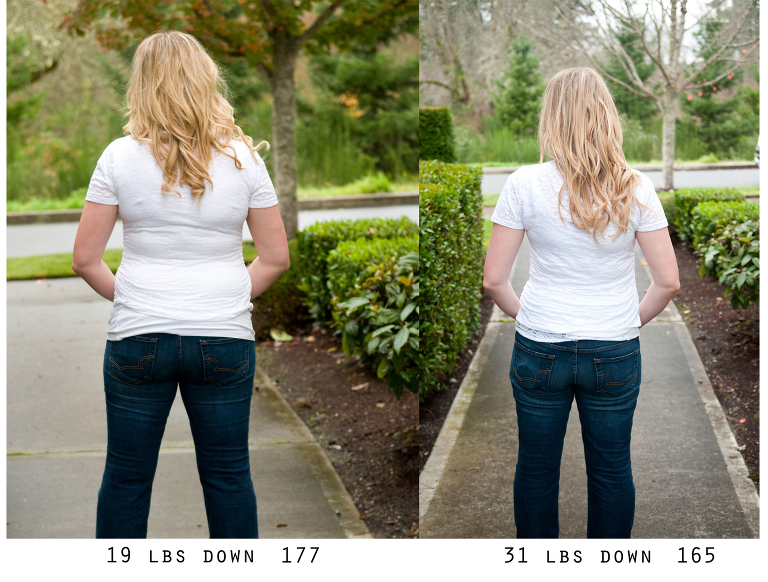 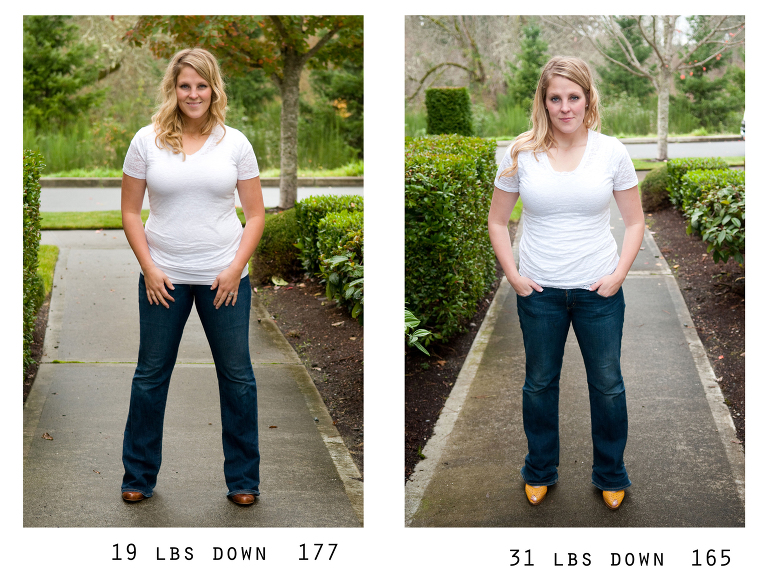 Eventually, I got pregnant with the twins after fertility treatments (gaining quite a bit of weight) and I took excellent care of my body (but gained even more). And 9 months later, we were blessed with these two beautiful little babes to fill my arms.  And my hubs actually got to come home from his second tour of duty in Afghanistan early so he could be there this time, so I was exponentially blessed. 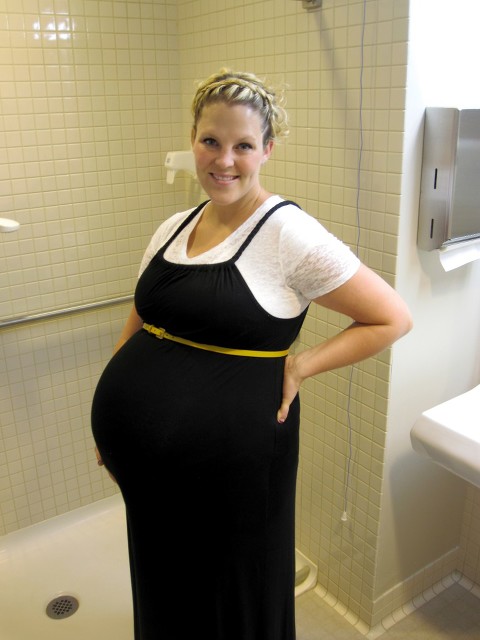 Above is the day I went in for my induction, 39.5 weeks pregnant with twins (Who makes it that far with twins?!?! This girl, that’s who)….I’m also horrified to admit, that I actually gained weight AFTER the delivery! Look at my face above, and then a couple months later below (I didn’t literally gain more weight, but I got close to my delivery weight, only this time without any babies inside! Who does THAT?? This girl, that’s who): 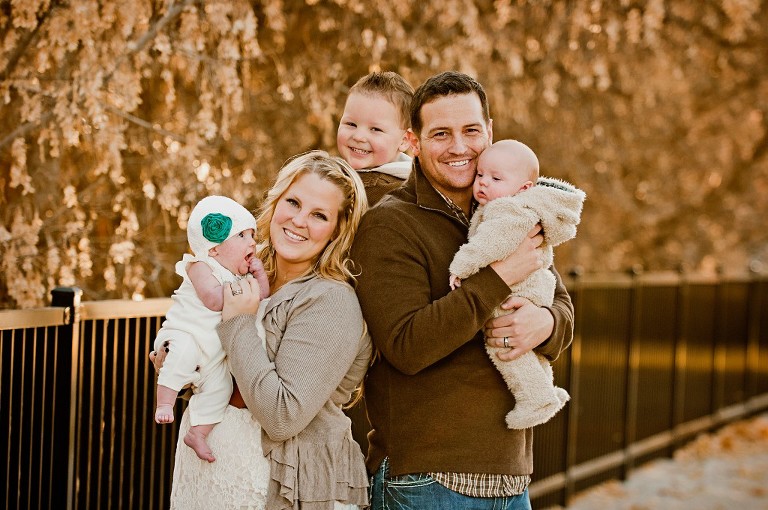 As per the norm with me, I did struggle a bit with postpartum for a few months, but despite the fact that this year has been my absolute heaviest EVER, I’ve actually felt like myself; confident and happy.  I’ve certainly recognized that I’m not as happy and confident and certainly not as healthy as I can be, which…is why I’m here, blogging about weight loss.

This time, I’m doing it right.  It’s been slow, but that’s good…I guess.  I truly believe almost any weight loss plan can work, if YOU work and stick to it.  I’m using Chris Powell’s diet and fitness program from his inspirational book, Chris Powell’s Choose More, Lose More for Life

I 100% recommend it.  It’s motivating for sure.  I love that it’s real food and honestly, it’s so simple.  I feel great!  I actually feel like I’m eating TONS, but I’m seeing the numbers go down every week (if you saw my update earlier, I lost 3 lbs last week, and I’m down a total of 10lbs since starting his program…and down 23lbs since March!) You’re even allowed a cheat day, which, let’s be honest, that’s a necessity if this is going to be a lasting change.  I was telling my friend Krista today there’s no way I could swear off brownies for the rest of my life.  I’d be lying, and then I would eat them, and I would feel bad about it because I broke my promise.  But a diet that makes room for those rewards is a smart one.  (I also really think Weight Watchers is a smart program for that same reason.)

I’ve got you to keep me honest.  So…despite the fact that I really , really didn’t want to share any true “before” photos, here I go anyway.  (granted…I think the second photo is REALLY flattering, but can ya blame me??) 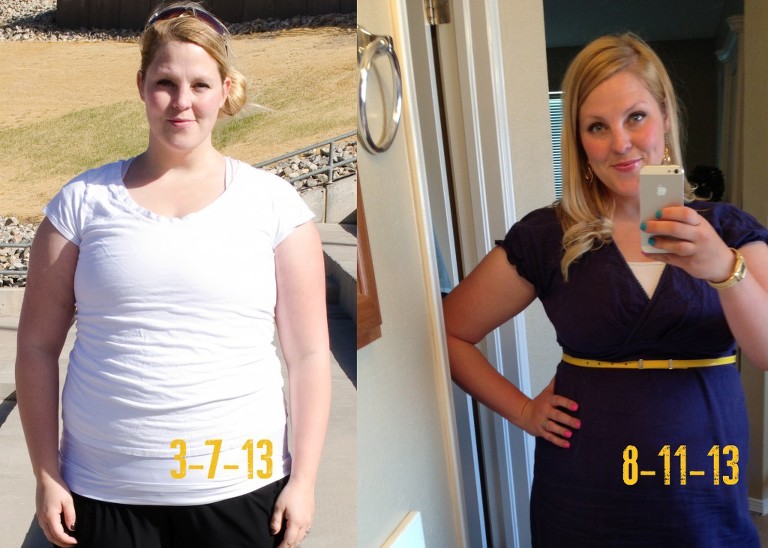 Alright my friends, there’s the truth, the whole truth and nothing but the truth.  Thanks for following along and I really do appreciate all of you cheering me along, and for those who are joining me in this journey, we rock!  I have to admit, when I write these posts, it feels so private and personal that I’m almost shocked when someone comes up to me and comments on my post…it’s somehow like I forgot that I put it on the interwebs for the whole world to read…(not that they do). lol

If you’d like to read similar posts or get some healthy recipes here are a few links you should check out:

The Truth about pregnancy, life and body image

Are secrets in marriage ever okay? 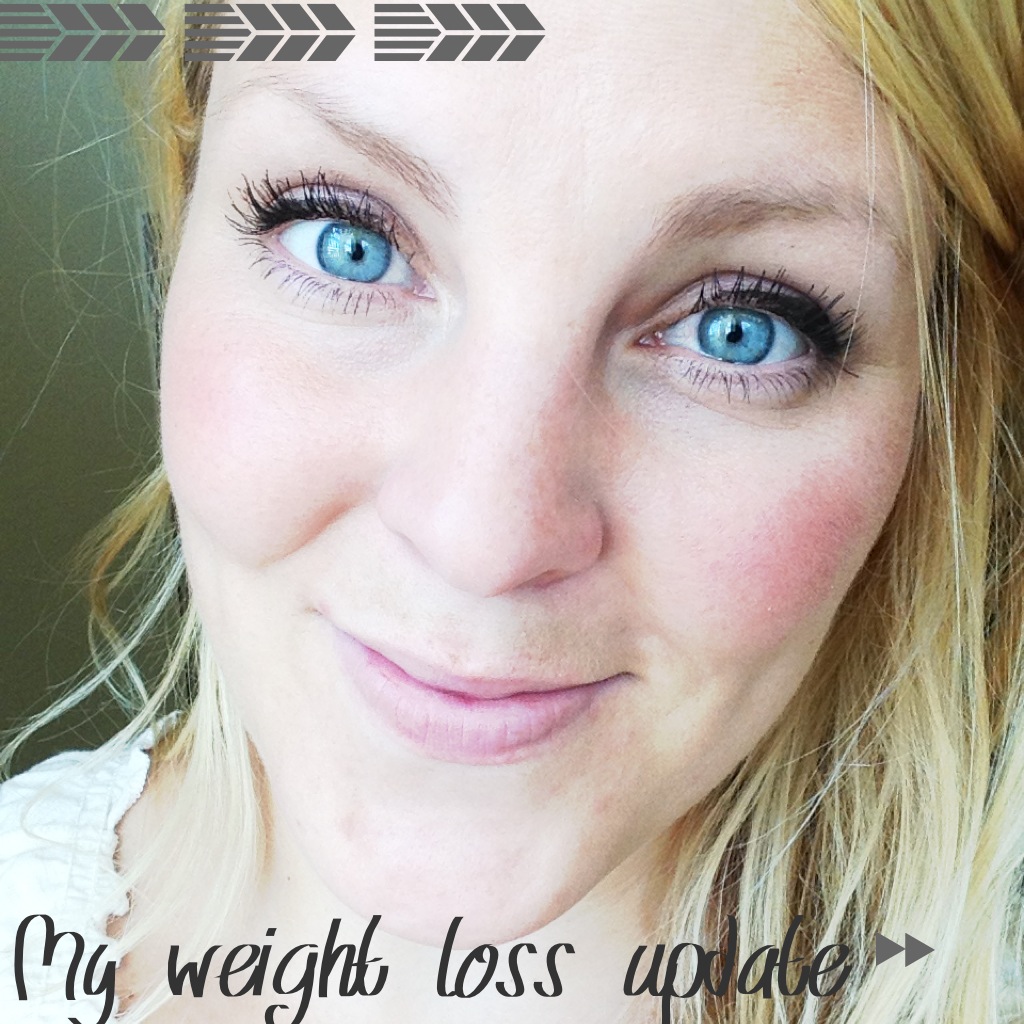 Tips for making financial decisions in a relationship