JUST a MOM: Part One 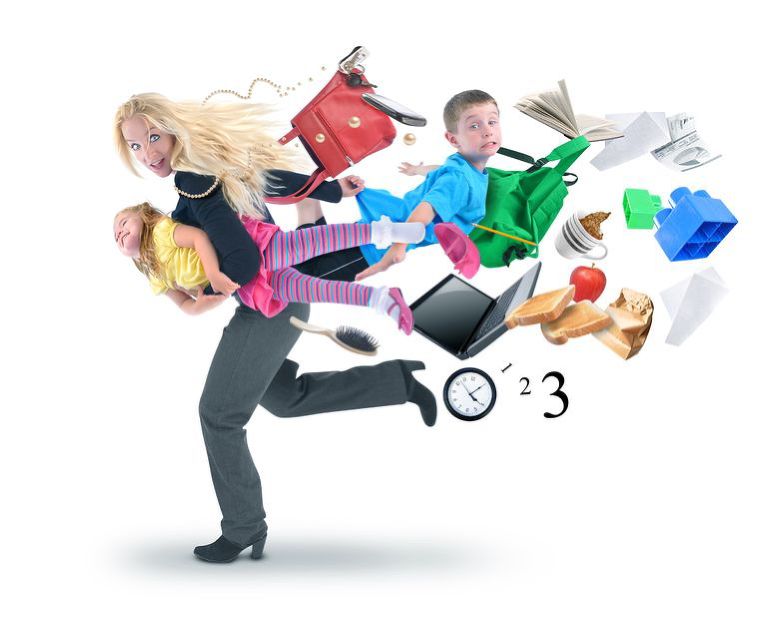 I woke up early, which wasn’t a problem. I hadn’t slept all night anyway, because it would be my first day at work. Not that I hadn’t “worked” a day before in my life, but it isn’t called work when you choose to stay home and raise children for eighteen years. That’s what they call “Just a Mom” a title I had claimed for a really long time.  “Just” a four letter word that always sounded and felt so demeaning, to me. An adverb that is relentlessly married to the single most important noun in the English language.  Mom.

I knew it would be a big day and a major shift in my life and I was ready to get going. I jumped up at 5:30 a.m. and threw on my exercise clothes, barley opening my eyes. It was dark and I didn’t want to wake my sleeping husband on the left. I carefully stepped over our snoring bulldog, Miss Marley, that was cuddled up on her bed on my right. The only way I could ever fit exercise in my schedule, was to do it early before the day began. I barely remember driving to my bootcamp class or the workout that came afterward. My head was full.

I’d always been a pro at juggling a lot of things. I’m not saying I did it perfectly, but it has always has taken a lot for me to get overwhelmed. Ever since I was a child – I’d over scheduled myself. Piano, dance, violin and activities… I liked to be busy and I actually felt like I accomplished more when I challenged myself. I didn’t know how to be any other way. Every year seemed to move faster, and every year I had more things I wanted to do. So I pushed ahead.

When I finished my bootcamp workout, I drove home and woke up the children. My older three daughters had already woken up and were headed to school, but the littles were still snoozing. Jordan in his car bed and Ella and Halle across the hall in their princess room. Pink and white with flowers. You just can’t get anymore “princess” than that. The next hour was a blur, but I was able to rush into the shower for five minutes and get ready as my kiddos dressed themselves. “YOU HAVE TO GET READY WHILE MOM IS BECAUSE I HAVE TO LEAVE AT THE SAME TIME YOU DO!” I sentence that I have repeated countless times over the past few months.

Somehow, we made it. A simple breakfast and lunch for each child was made, and we all loaded into the car. I had dressed in something business-y, not because my boss made me but because I hadn’t had a reason to dress up in something more than my jeans for almost two decades. I ran through the checklist one more time with my kids. Kids, did you all remember to brush your teeth? Did you all grab your lunch boxes? What about homework – did everyone get that in their backpack?

We stopped to pick up the other two kids in our carpool. Thank goodness we were one of three families that drove to the kids school each day, because I wouldn’t have to be getting there every morning or ever pick them up from school in the afternoon. I mentally groaned at every stop light, because I seemed to hit every single one. Provo is a city with two colleges in it and the traffic reflects just that. Cars and kids everywhere. Sometimes I complain, and other times I am grateful because it seems to keep me young. I listened to the chatter in the back seat with a grin on my face. “Guess what I dreamed last night guys!” as the kids shared their random descriptions of their experiences the night before, and of their excitement for the first week of school.

I dropped them off and my gears shifted into work mode. I had actually made it. All eight kids had made it into school. My step daughter, my foster daughter, all five biological daughters and one adopted son. I had most definitely played the role of “Just a Mom” for a long time and that was about to change, or so I thought. The first thing I learned at work is that being a Mom made me a better business person. It taught me skills to use in the workplace that would enhance my experience. I had a lot to give and a lot to learn – but “JUST” was most definitely not a word that I would use to describe my resume.