How to Train for a Marathon in 3 Months: Week One 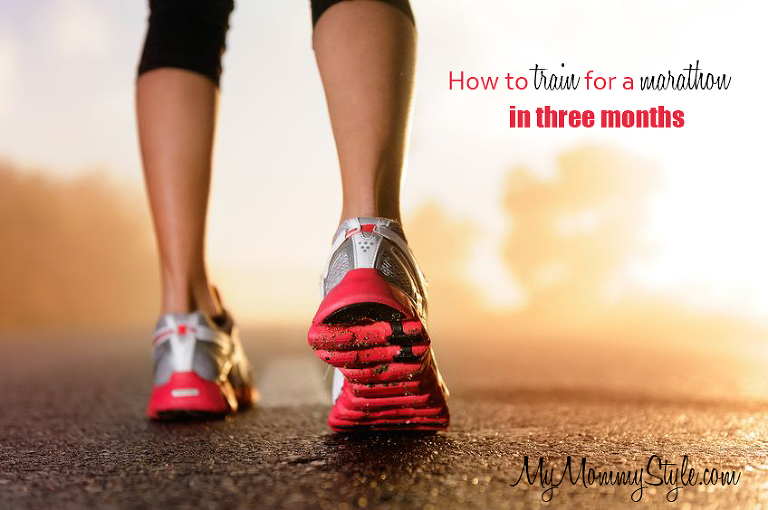 Is it okay if I start off, what’s meant to be a motivational post, with a negative? I hope so.  My goal for writing this series is to hopefully show that even if you despise running, as much as I do, it’s still possible.  You can (in theory) train for a marathon in 3 months. There are many reasons I’ve considered running a marathon over the years, but no yearning was strong enough to actually commit to what I consider, a torturous and unbearable task, I mean really, the first man that ran a marathon –  DIED.  No, I’m not kidding.  If you want to read about it for yourself, HERE is the link.  It says, in short, that there was this dude named Pheidippides, a Greek messenger, that pulled a stunt so dumb, that countless people have attempted it ever since.  The legend says that for some reason, he was sent to the battlefield of Marathon to Athens to announce that the Persians had been defeated in the Battle of Marathon, which had just taken place in 490 BC.  Now this guy was running so far and so fast, without stopping, and burst into the assembly exclaiming “WE HAVE WON!”, and then collapsed and died.  Now, I don’t know about you, but this may be time to learn  from history.  If Pheidippides died, so could I – and that’s reason enough for me to stay far away from all of the glory that any race could bring.

It wasn’t until a few months ago, that I decided to risk my life, and enter to run the Top of Utah marathon.  Well, that isn’t quite accurate.  Let’s back up just a little bit.  The text series between my brothers and I, went something like this:

“Janae, I just signed you up for a marathon.”

“Ya, we figured we could all run it together, so we signed you up.”

“I don’t believe you, but you’re very funny!”

“Are you KIDDING ME?”

“Janae, remember that time you signed me up for the mud run without asking? Well, you deserved this.”

The conversation went on longer than this, but this is just an idea of how this whole shenanigan began.  Eventually, my brothers convinced me of their crazy move, and my mind began racing with images of laying on the side of the running path, as passers by waved and stepped over my tired lump of body on the side of the road.  So, I did when I always do when I freak out about something, I write about it on Facebook.

“Within a matter of 20 minutes, I had somewhere around 50 “likes” from a combination of well wishers, teasers, and encouragement.  I was starting to believe that maybe, just maybe, I could pull this off – but not really.  I haven’t traditionally been a runner, and last year when I ran the half marathon with my brother, he ran circles around me.  I, on the other hand, zoned out and hypnotized myself into imagining and believing that I would cross that finish line, if it killed me.  My determination, if directed right, has propelled me to do some impressive things in the past, such as this.  I hadn’t trained, at all, but I ran it and survived.  This isn’t, however, the best way to run a race.  The real accomplishment comes in the training and commitment that the race brings.

My brothers became quiet for a day or so, and then, I got the call.

“Janae, so we have something to tell you.”

“Scott and I didn’t REALLY register you for the marathon, but we felt so bad after we played the joke on you, and all those people on Facebook believed you, that we were forced to pay for your registration.  Not only that, now we ALL have to run a marathon, and  none of us want to!”

I about died.  I was laughing, of course, because that’s what I do when I have nothing to say, about something that I should say something about.  You see, we are all locked into something that none of us wanted to do.  Now here is the kicker, my brothers started training, just as they should have, about three months ago… and I have put it off as long as I possibly could have, with still having any sort of chance to finish.  And now, the joke is over.

I really have to begin working on this to make it happen. It is three months away. I am scared and frustrated.  I feel happiness in the thought that I can’t drown, like what almost happened in one of the triathlons I completed.  No matter how bad it is, I will still be on dry land.  At least wee have that to look forward to. On the flip side, I hate running.  I hear rumor that some people fall in love with it after awhile, but I’m not sure about that. I sure am going to true out the theory though. I am committed.

Truth is, being optimistic isn’t just an attitude you choose, it’s a powerful catalyst to achieve things you perviously thought unattainable. I really believe this, as I look back over my life and things that I have worked through.  It isn’t always pretty, but when I choose to live this way – it makes a difference. So, I begin this running journey.  If you’d like to follow along with me, I’d love to have you.  I will be sharing tips and tricks I learn along the way.  If you are just starting out, and you have an iPhone, download nike + and set your training schedule.  Or if you don’t, go online and print one off.  There are hundreds available.  Yesterday I ran four miles, and today I ran seven.  I wanted to die – every step.  My first tip is to run away from your house until you hit the halfway mark, and then you have no choice but to turn around and run back! If I was on a track somewhere, I NEVER would have made it this far.  But, because I was up in the mountain somewhere on a trail, and I didn’t want to sleep there and hang out alone all day, I had to turn around.  NO OPTION.

Have a great day, and let me know if you are starting to train with me! And a big thanks goes out to my crazy brothers, for encouraging me to do something that I’m not sure I can, yet!