Why do Epidurals not work for some People? 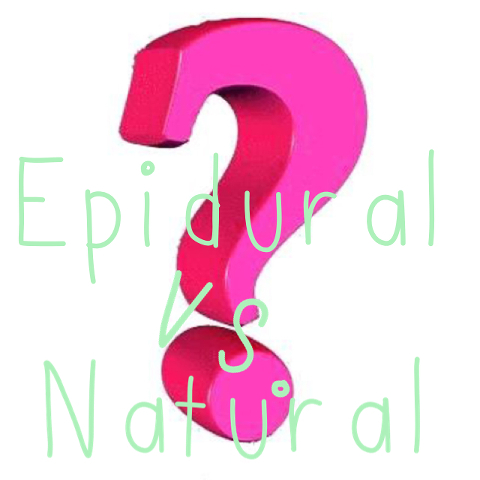 So lately I’ve been struggling with a very important issue when it comes to delivery. I am on the fence as to whether or not I should have an epidural. On the West Coast and especially in Utah it is very common for most women to opt to get an epidural for delivery. I myself received an epidural for my labor with Jackson and was planning to have one when I delivered Jayne as well. Each birthing story is a little different and you never know what you are going to get. With Jackson I was induced because of being pre-eclamptic. My labor was induced at about 1 pm in the afternoon and I delivered him the next morning. During that time I was given an epidural and it was just okay. Right after receiving the epidural I felt like a champ and was so excited that my epidural was working. Then as the labor progressed it wasn’t working quite as well. I used the pump that they give you to administer more medication and the anisethiologist even came back and put two direct doses into my line to help ward of the pain but it didn’t do a whole lot. I will say in the last 15-20 minutes or so of my labor it did kick back in (thankfully) and I was able to enjoy the last part of my labor without too much pain.

Fast forward a few years and I had spontaneous labor with my water breaking 12 days early with Jayne. It was New Years Eve and to our surprise we were heading to the hospital to deliver our baby girl. I was hooked up to an IV immediately but wanted to experience labor for a bit before getting an epidural. When I was dilated to a 4-5 I decided it was time to ask for an epidural because I progress rather quickly when I get to that point. I rang for the nurse and she came in to tell me that I was out of luck because the one anesthesiologist they had working that day was stuck in a c-section and would be busy for an hour. She reassured me that things should be fine because this was only my second baby and he would be done before I would know it. Well, in that hour things changed A LOT. I was surprised by how similar my contractions were to the time I delivered Jackson when I HAD an epidural. They felt almost exactly the same! I can do this, I thought as I progressed to a 6-7. I thought by the time I got to an eight the anesthesiologist would be ready to help me out but he was still stuck in surgery. I was progressing very quickly and all the nurse could do for me was shoot a drug into the IV that made me dizzy and light headed (a lot like the feeling you get when you are being gassed at the dentist.) It did nothing for the pain. Because I was expecting to receive an epidural I was strapped to the bed with NO movement and no tools in my belt as far as coping with the pain in ways that you see women doing in birthing videos:  swaying, taking a bath, taking a shower, bouncing on a delivery ball, and using meditative breathing techniques. NOTHING. I was NOT prepared to get through this pain. When I was at a 9? the anesthesiologist shows up and asked if I wanted to receive an epidural or not. By that point I was in the thick of it and really couldn’t think straight. I told Paul to make the decision for me. Poor guy, Paul is so supportive and amazing but he gets woozy at just the sight of blood, needles, and painful looking situations. He said, “Let’s try it.” So we tried. Right after he was done placing the catheter I was told it was time to roll over and push but I wasn’t ready. I was so tired and so hoping for some relief. The anesthesiologist waited by and said, “you should be feeling some relief soon” to which I replied in an animalistic manner “IT IS WORSE THAN EVER!” It was working at all. It was time to push. They took the catheter out realizing by that point it was too late for the medicine to work its magic. This is when things became REALLY hard. You hear about the “RING OF FIRE” well, Johnny Cash was right when he says it “BURNS, BURNS, BURNS.” This was the point of my labor that I knew my epidural HAD worked with Jackson because this pain was insane. I am ever so grateful that I had a nurse that got in my face and helped me get through this part of my laboring. She was like a drill sergeant yelling “You can do this! We need TWO more BIG pushes….” I was physically wiped out. Jayne was sunny side up but thankfully came through in 10 minutes. I don’t know how much longer I could go. Once she was born I literally could not lift up my arms. They didn’t give her right to me because her face was bruised and they thought she wasn’t breathing well. But even five minutes later when she was wrapped up and ready to go I couldn’t hold her. My blood pressure had dropped so low they thought I was passing out. After the initial recovery of just relaxing for a while I started to feel much better and was shocked when they welcomed me to get out of bed and walk to the wheel chair. WhAT?! Oh, yeah, I wasn’t numb and it was great. The trauma of being unprepared kept me up most of that first night. My mind and body kept replaying the scenes over and over in my head again of the unexpected marathon it just went through. So why would I ever consider to go natural again?

*My epidural only partially worked with Jackson

*pain medication doesn’t work well for me: I awoke when having my wisdom teeth removed, when I had surgery on my hand I felt everything and they doctor was SHOCKED and said I should have been put out.

*What if epidurals just don’t work for me?

I decided to research it on my own and through my study have found that the main two reasons that an epidural doesn’t work is because the placement is wrong or it is given too late. Of course there are situations for some with rods in their backs or scar tissue that the medicine may be prevented from traveling down the spinal fluid as it should. I decided to ask an expert, my friend’s husband Ryan who is a practicing anesthesiologist. I asked him if perhaps epidurals don’t work for some and this was his response:

“Hey…sorry to hear about your bad experiences with epidurals. As far as your experience with Jayne goes, I can tell you that getting an epidural to work when a woman is in the very late stages of labor can be very, very difficult (if not impossible). So that does not surprise me. As far as some women being more “resistant” to epidurals…that sounds more like a bad anesthesiologist’s excuse for a bad epidural. Now every person is different — yes, some women will require more medication than others. But I’ve never had a properly placed epidural simply not work. So I think the skill of the anesthesiologist has more to do with whether or not the epidural works than does how “resistant” the woman is…does that make sense? And it is strange…I have partners that struggle with these things and are ten years into their practice. Anyway, before you abandon all hope, there is an option you can ask for, and it is what I do for every single epidural I place. It is called a combined spinal epidural. I won’t bore you with the anatomy (please look it up if you’re interested). But basically you inject a small amount of medication directly into the cerebrospinal fluid right before inserting the epidural catheter. There are several advantages to this: 1) injection of the medication into the CSF provides immediate pain relief (it is essentially a “spinal” — what we use for c-sections — it sets up in seconds and 2) it pretty much guarantees that the epidural catheter will be inserted in the right spot (again, check out the anatomy if you’re interested). It is a great “alternative” and you should definitely request it (if the guy says he “doesn’t do those” then I would say the chance of your epidural working will be slim). It is a simple procedure and every anesthesiologist should be familiar with it and willing to do it if requested (especially given your history).”

When I asked him about some being more resistant this is what he said, “Well there definitely are people that have a higher requirement for pain medication, local anesthetics, etc. it sounds like you are one of those people. Redheads have been shown to have a higher requirement for anesthesia than other people (seriously). So that definitely is a “thing.” But as far as being resistant altogether — no. For example, if you decided to get an epidural and went the combined spinal epidural route, you would definitely be comfortable after that initial injection of local anesthetic (assuming the guy injects the right amount). Now after that wears off, you might require a higher rate on your epidural infusion than most women, but that doesn’t mean we couldn’t get you comfortable.”

So there you have it…with all of this being said I have also been researching natural child birth and will share some of what I have found about that here as well. What are your thoughts and experiences with epidurals vs. natural? Please comment and tell me about it!