So, now that all of the preliminary work was done to get my surgery, I had to find a time to actually fit a three to six week recovery into my schedule.

I am busy, just ask my dog.  I have six kids at home, businesses that I help with when I can, I’m planning two gala’s (one for Thanksgiving Point, and one for Women in Philanthropy), AND…this is a big AND, because it happened two days ago on my birthday – I was nominated and asked to be on the National Alliance for Children’s Trust Funds – Parent Council, by the head of DCFS in Utah.

Sounds pretty official, doesn’t it!  When I fully understand what it means, I’ll let you know.  What I do know, is that I’ll have the chance to review documents and laws, and give my input from a parents perspective.  I’m expected to try and make change in my State with parents, which I already do – and share my experience this with the council.  There are six people on this council, but many more in the alliance.  I’m so excited to go to Seattle Washington in November, to learn more and really get my feet wet!

Anyway, I’m busy.  I tried to imagine what it would be like to lay around for this long – and I couldn’t, so the only thing I could do was try.  I set the date of my surgery for right when the kids would be going back to school, and for the first time they would all be out of the house.  I decided on a few books I would read in my down time, a few movies to watch, and some people I would love to call and catch up with.

On the big day, I was nervous but so excited to finally fix a problem that has been a struggle for years now.  I didn’t eat, or drink past 11:00 pm as instructed, and headed down to the hospital with Jon in the morning.  I had all of my kids farmed out to Grandma for a few days, until I came home.  I checked into the hospital, and right away the began readying me to receive a blood transfusion.  They told me that 34-38 is the range that my iron should be, 34 being too low – and mine was showing up as a 2o.  They let me know that they have given blood to people with a lot higher count than I had.  They gave me two units, and  can I tell you that as they were hooking it up I felt like a vampire!  No, really, I can finally relate with Edward.  I was literally ready to drink the stuff.  I know that sounds horrible, but I had  been having migraines, light headedness, fatigue, and so much more, for years and I was ready for it.

It looked weird to see so much blood being pumped into my arm, but it was something I was willing to deal with.  The anesthesiologist came in before surgery, asked me a few questions, and told me that I was about to become a lot happier in a minute.  I didn’t know what he was talking about, but as soon as he stuck his needle in my arm I figured it out. Within seconds, the tiles on the ceiling began to move around like a rubics cube.  I stared at it, trying to decide if I was really seeing what I was looking at – but that’s the last thing I remember.

Next thing I know, I woke up in the recovery room, less one uterus and with an extra sling inserted for my bladder.  If you want to see what the sling is, you can google it because it’s an ugly picture I don’t want to post.  Bottom line, (wa wa) is that it works, and I can’t wait to test it out in the Haunted Forest this year.  If I don’t pee my pants like last time, it will be a raging success.  There is something about running and screaming in the woods, and laughing uncontrollably that undoes me.  I pee, every time.

Jon was there waiting, and I was still really out of it.  I remember eating a lot of ice.  I was told that at one point, my daughters Kinley and Whitney came to see me.  I remember this part, but I don’t remember the part when they said I kept swearing, because I couldn’t believe a story there were telling me from their day at school.  They couldn’t decide if they thought it was really funny, or they were scared because I never swear.  Eventually, Jon told them to go home, probably worried I would say more things that I would regret later.  I also remember that my heart rate was very  low.  They problem is that it’s always really low, so when they give me meds, I hardly breathe.  The alarm kept going off and waking me up, all night.  They had to keep coming in and making me move around, and that was pretty annoying.

Sweet Jon slept on a small leather chair that night, by my side.  I kept telling him he could leave and come back in the morning, but he wouldn’t hear of it.  I finally woke mostly up right before bed time.  It was dark, and I looked over at Jon and heard him faintly snoring by my side.  Again, a rush of love for this man came over me.  Sometimes, he makes me mad.  Sometimes, I want to kill him myself.  (I’m sure he feels the same about me 🙂 But tonight, I saw the good  – and there’s a lot of it.  Here he was, trying to sleep next to me when our house was only a few miles away.

And then, it happened.  I heard a woman’s voice calling my name.  Not loudly, just as if she was standing by my bedside.  I turned my head to see if a nurse was at the end of my bed, and  nobody was there.  I looked over at Jon to see if he heard it, and he was still snoring.  I shut my eyes and reopened them.  “Janae, how are you feeling?  Are you okay?”  I looked again.  Nobody.  So I shut my eyes, and heard a mans voice.  “Janae”

It is a good thing that the meds were still in my body, calming me down, because I may have freaked out.  On the other hand, maybe this is why I heard the voices.  Either way, I heard them.  I rolled over, and went to sleep.

The next day was loads of fun, trying to get used to the catheter being in.  I was swollen inside from the surgery, so I wasn’t able to go to the bathroom when they took it out.  They actually had to reinsert it, and send me home with it strapped to my my leg.  When I got home, I was still taking Percocet for a few days, so I mostly slept.  They kids loved watching my “Pee purse” and how funny it was that I would lay there and pee, without meaning to.  Heaven help me, I hope I never have to do that again.  At my one week appointment, I was able to take it out.  Once again, they filled my bladder up with water, and made sure I could get it all out before I left without the catheter.  Leaving the office that day, was a huge relief.

Over the next few weeks, I basically just relaxed.  Sweet neighbors brought over dinners for a week, and the kids were really good to help out as well.  Maria also came to help me when she could.  I ended up getting addicted to “Medium” a television show on netflix, while I laid around.  It made me wonder if there were really people standing next to me in the hospital when I heard their voices.  Who knows, it wouldn’t be the first time that I’ve seen weird things that made me wonder.  I believe there are spirits around us all of the time, we just don’t notice them.  I believe loved ones, on the other side, watch out for us.  They care for us.

It’s now been three weeks, and I’m starting to try and get back into a slower version of my schedule.  I feel really great, mostly because of the new blood.  I feel like a new woman, and I have the whole world ahead of me.  No more periods that take over my life, ever.  I won’t miss the summer next year, and my iron wont crash out of nowhere leaving my unable to exercise and live my life.  I feel very excited and couldn’t be more grateful for my Doctor and the surgery.  If anyone asked me if I’d do it again, I would.  Tomorrow. 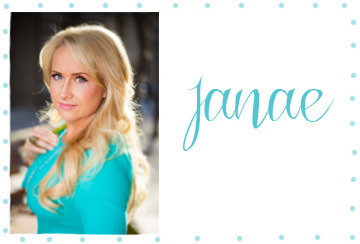 My Hysterectomy: Part One