Musical Pipe Chimes for Kids: A Unique Gift For Kids That Lasts

October 2, 2018Posted in Activities for Kids, Camille, Gift Guides, Products we Love
Pin
Share
Tweet
Musical instruments – to some, and probably most, when those words are uttered it brings memories of hours and hours of practice, frustration, the fear of performing and in the end you probably didn’t get as good as you had hoped.  Playing musical instruments is hard work.  One instrument that can blow all that away are musical pipe chimes.  Pipe chimes can be learned with little no music to read (only numbers), no practice needed, a fun atmosphere where everyone can play together and where no talent is required. 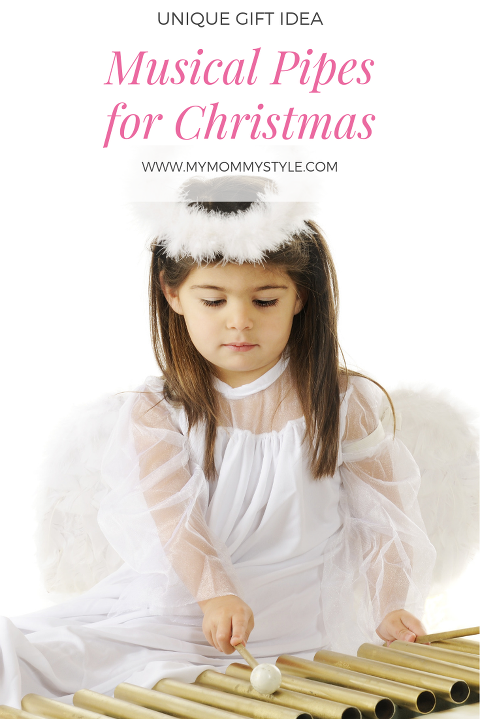 Get a small group of people together and everyone will hold one chime.  When it’s your turn in the song, you’ll hit your one note (chime).  How easy can it get if you are only in charge of one note?!  Groups of 4 to 23 people can all make music together and have a blast doing it.  Kids as young as 3 years old, up to aging grandparents can chime in playing fun familiar songs together.  As a loved tradition by many for the holidays, the sound of family and friends playing Christmas music on the chimes is a great way to ring in the season.

Now, how cool would it be if you could take that same set of pipe chimes and lay it down making a simplified xylophone?  You can’t take the unused keys in a song off a piano…but you can with a xylophone chime set!  With 5-14 chimes in front of you (only the ones needed for that song), one can easily play a song in minutes.  Kids and adults alike get frustrated and give up with most instruments because they can’t progress fast enough and play a song.  Kids will rarely go up to a piano and start playing a song without ever learning how first.  They will with pipe chimes.  Most won’t even look at the simplified song book – they’ll play by ear!  Oh, and one more perk, because the xylophone holders are broken up, two or three people can play a more complicated song together on their own little xylophone set.  The possibilities are endless.

With over 200 songs to choose from, ranging from Christmas music to religious music to children’s songs to older familiar tunes, you’ll really enjoy playing these easy songs.  The benefits of chimes are numerous but the main ones are that it introduces music to anyone, teaches musical timing (without counting beats), helps kids become interested in music, lets anyone play a quick song with no musical background, promotes people making music together and it’s just a fun activity to do.  Who knew a bunch of metal pipe could do so much and be so fun.
If you are looking for the perfect pipe chimes you can buy an entire kit in one spot at Pipe chimes!
———-
Looking for more fun gift ideas?