The Nutcracker and the Four Realms is Disney’s new magical tale to delight a new generation.

THE NUTCRACKER AND THE FOUR REALMS opening in theatres everywhere November 2nd, and bound to take you an enchanted journey as you enter the blessed holiday season! 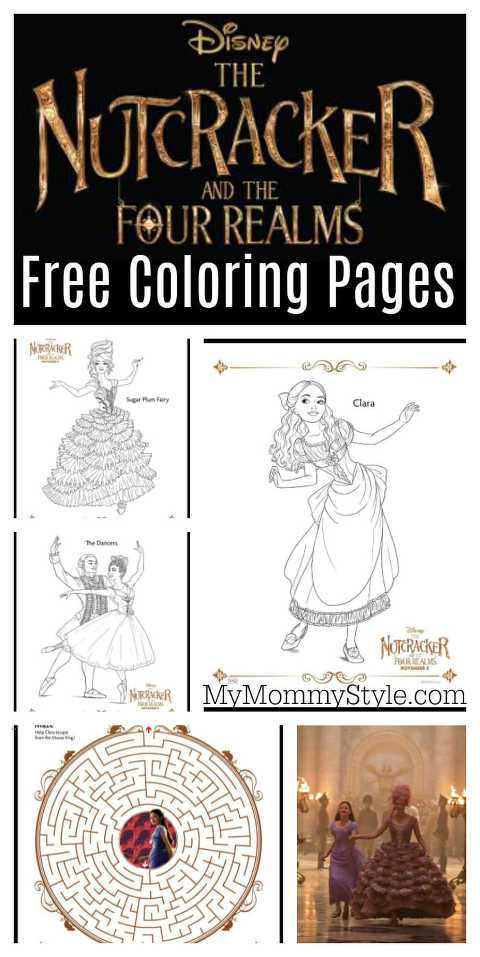 If you’re like me, you cannot wait for Disney’s new film, The Nutcracker and the Four Realms!” The Nutcracker has always been so magical to me as I grew up a dancer and would dance around the the classic notes of the fantasy filled story. This film will bring new life to the Nutcracker and bless them with the magic that comes with the special holiday party, playful teacups, the dancing doll, and the silly bear. My daughter is now the age I fell in love with the film, and I took her to see the ballet last year. She LOVED it, and I loved sharing the experience with her.

Here is Disney’s official trailer for The Nutcracker and Four Realms!

I love that this telling of the Nutcracker is led by two female leads played by Clara (Mackenzie Foy) and Keira Knightley as the Sugar Plum Fairy. Taking challenges head on to find the key that will restore balance to our world. The story goes that there are four realms that hold our world in the balance, and Clara is given the important task of finding this fourth key that has been taken by the evil tyrant Mother Ginger (Helen Mirren). I fell in love with Kiera Knightley when she first came to screen on Pirates of the Caribbean, since then she has been a favorite of mine that I want to see in every film she is a part of! Did you know she was has starred in Broadway, West End theater products, and film? She was only 17!? I think the same talent is to be expected from Mackenzie Foy who is massively talented as such a young age as well. 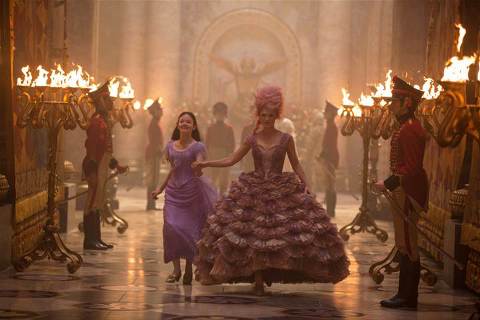 Official film description of The Nutcracker and the Four Realms:

All Clara (Mackenzie Foy) wants is a key – a one-of-a-kind key that will unlock a box that holds a priceless gift. A golden thread, presented to her at godfather Drosselmeyer’s (Morgan Freeman) annual holiday party, leads her to the coveted key—which promptly disappears into a strange and mysterious parallel world. It’s there that Clara encounters a soldier named Phillip (Jayden Fowora-Knight), a gang of mice and the regents who preside over three Realms: Land of Snowflakes, Land of Flowers and Land of Sweets. Clara and Phillip must brave the ominous Fourth Realm, home to the tyrant Mother Ginger (Helen Mirren), to retrieve Clara’s key and hopefully return harmony to the unstable world. Starring Keira Knightley as the Sugar Plum Fairy, Disney’s new holiday feature film “The Nutcracker and the Four Realms” is directed by Lasse Hallström and Joe Johnston, and inspired by E.T.A. Hoffmann’s classic tale.

Free The Nutcracker and The Four Realms Coloring Pages: 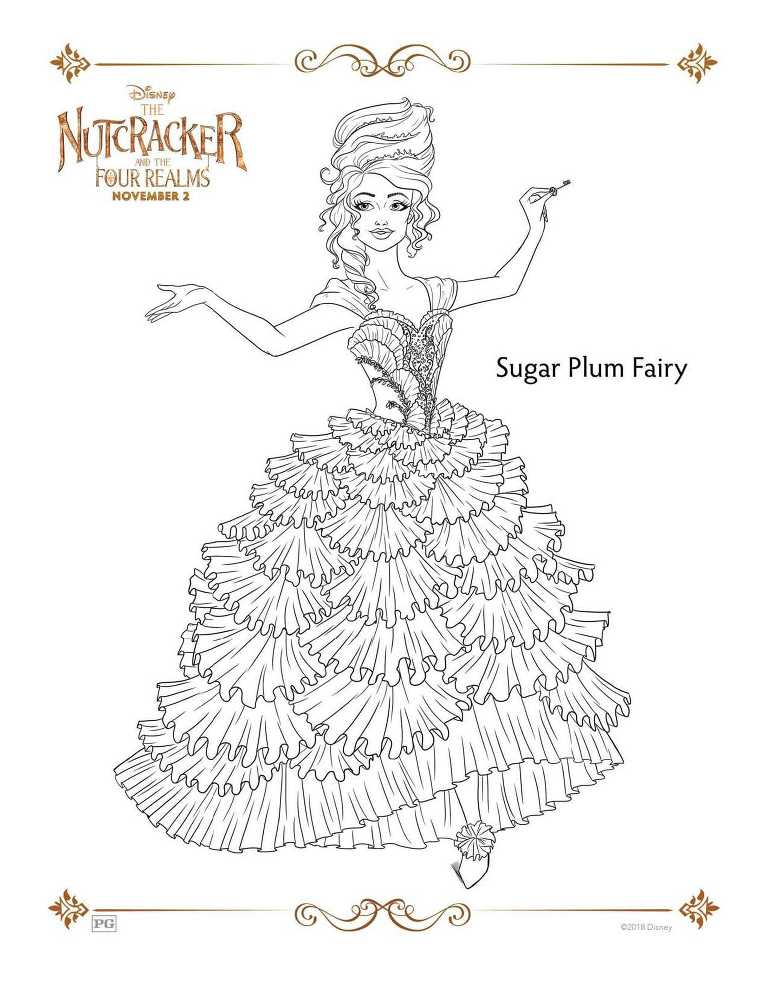 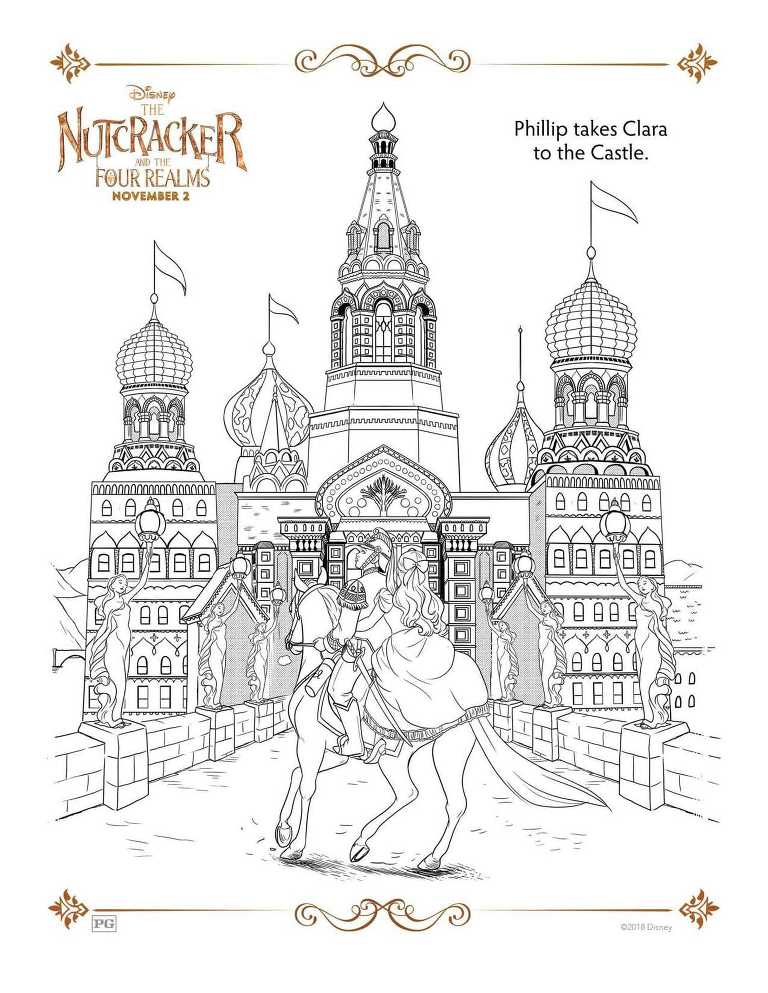 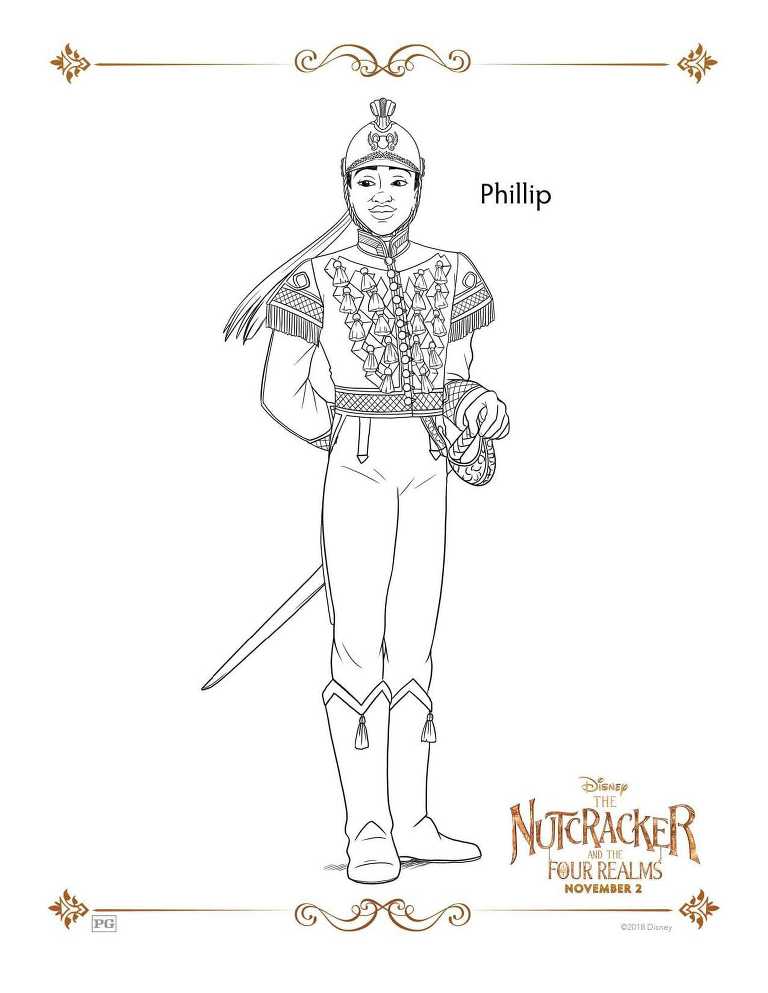 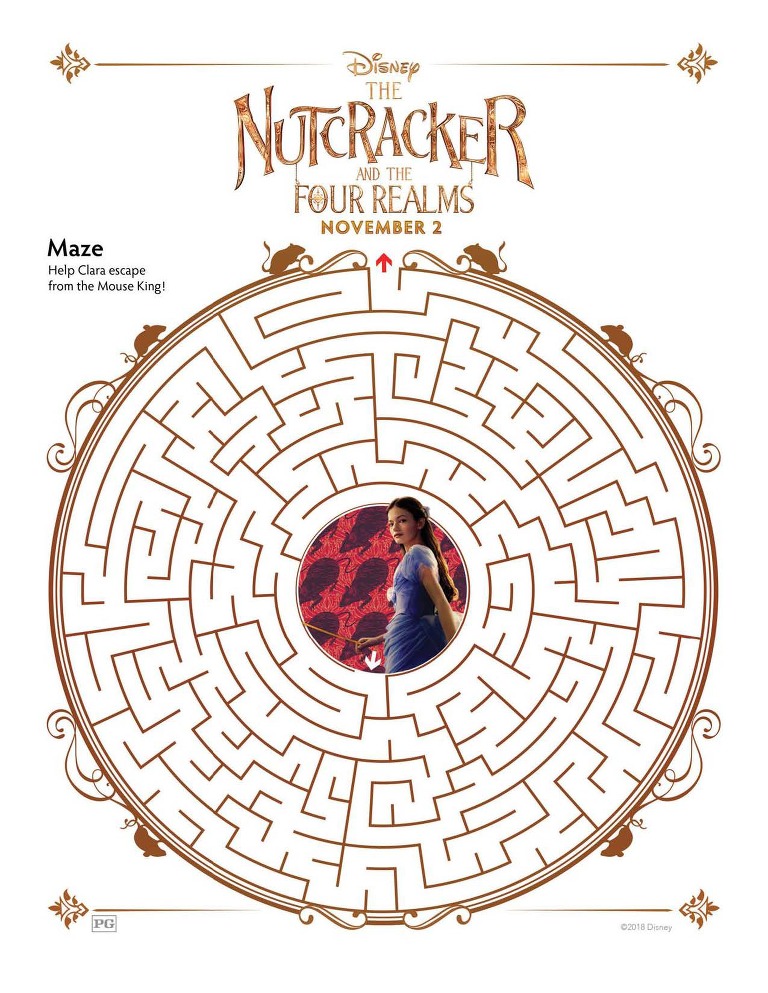 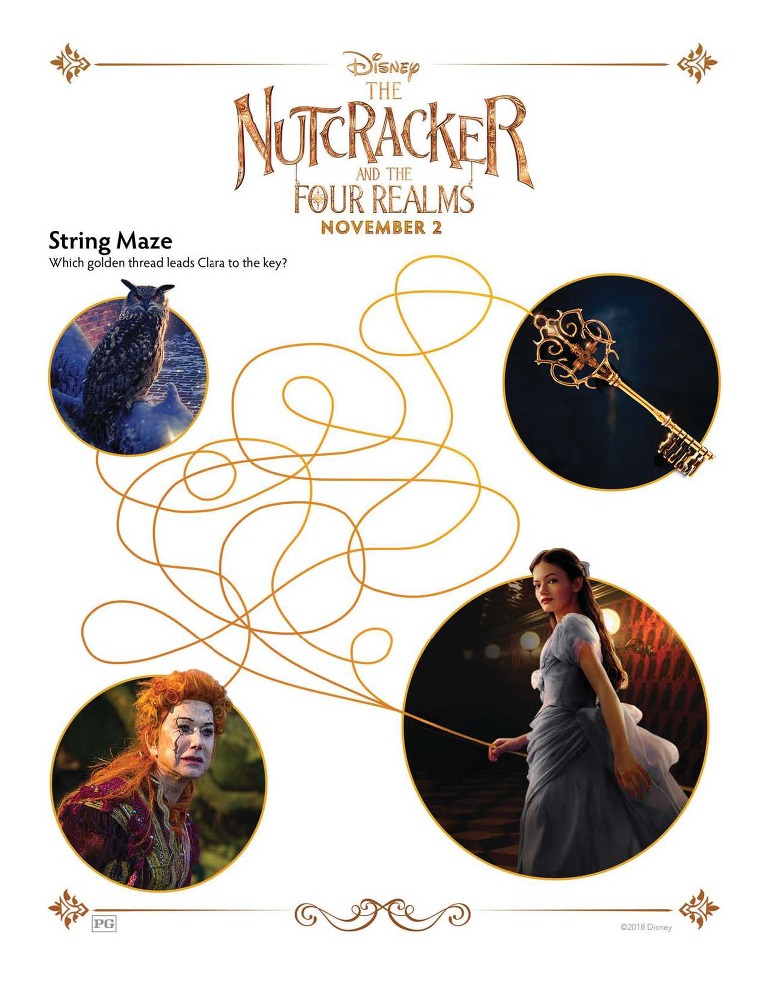 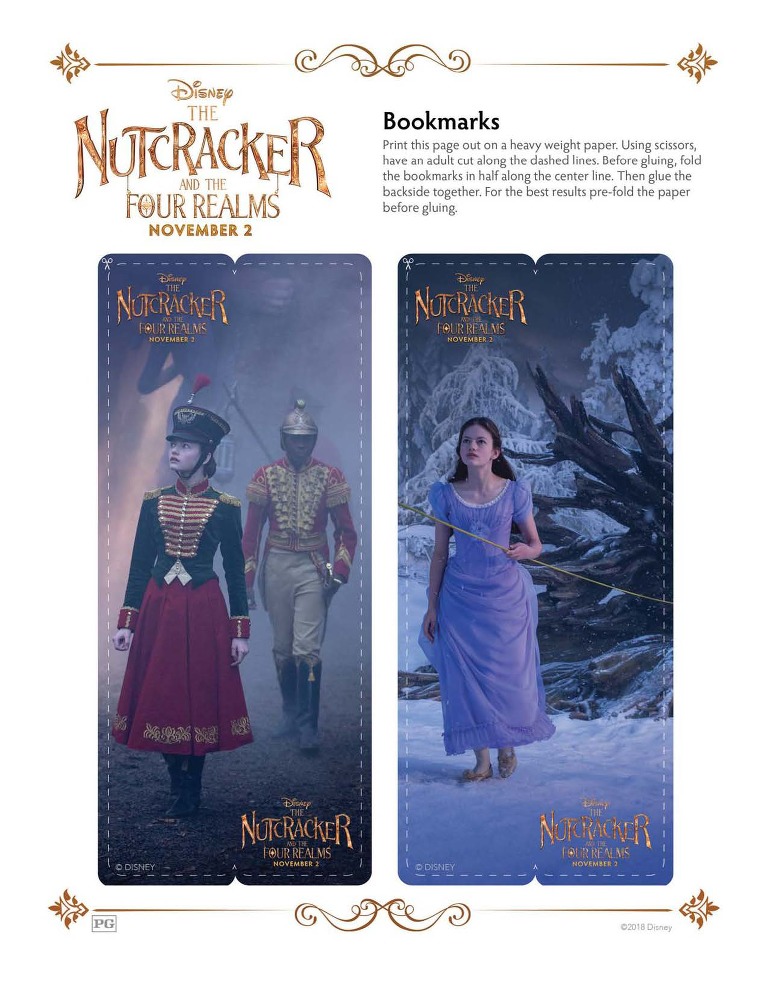 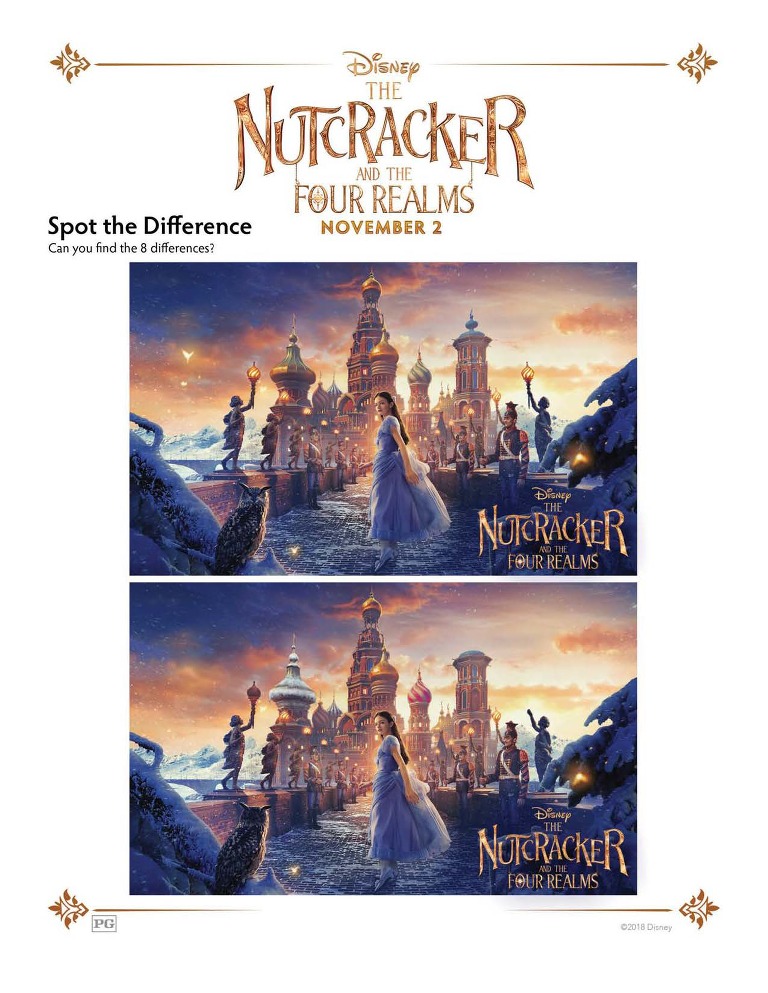 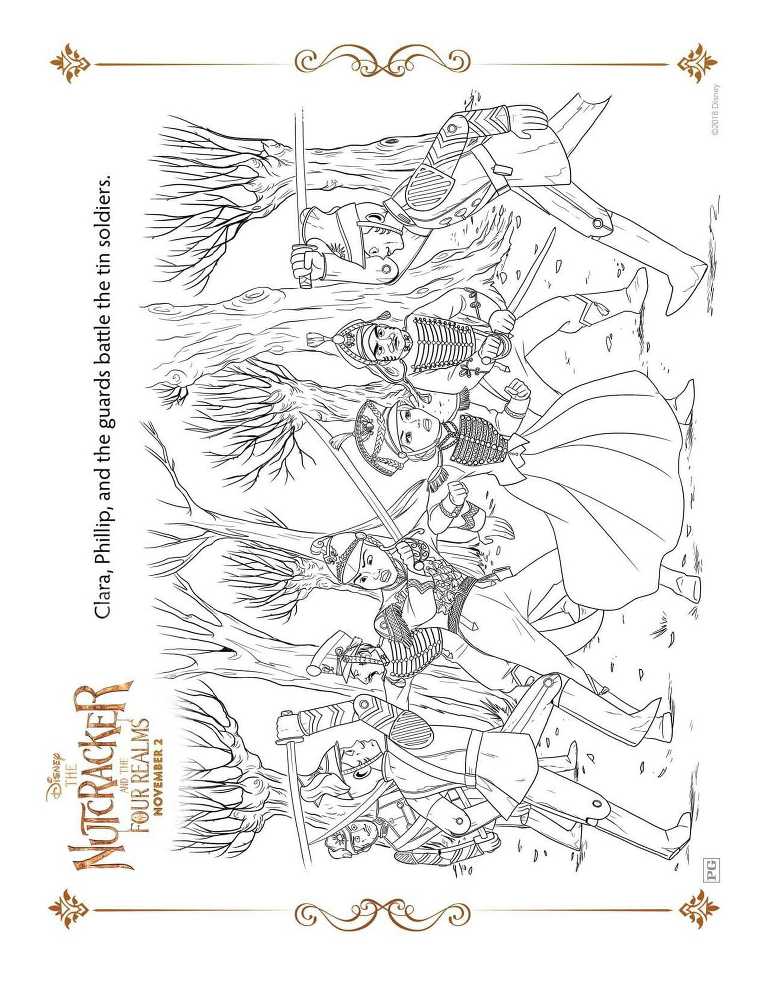 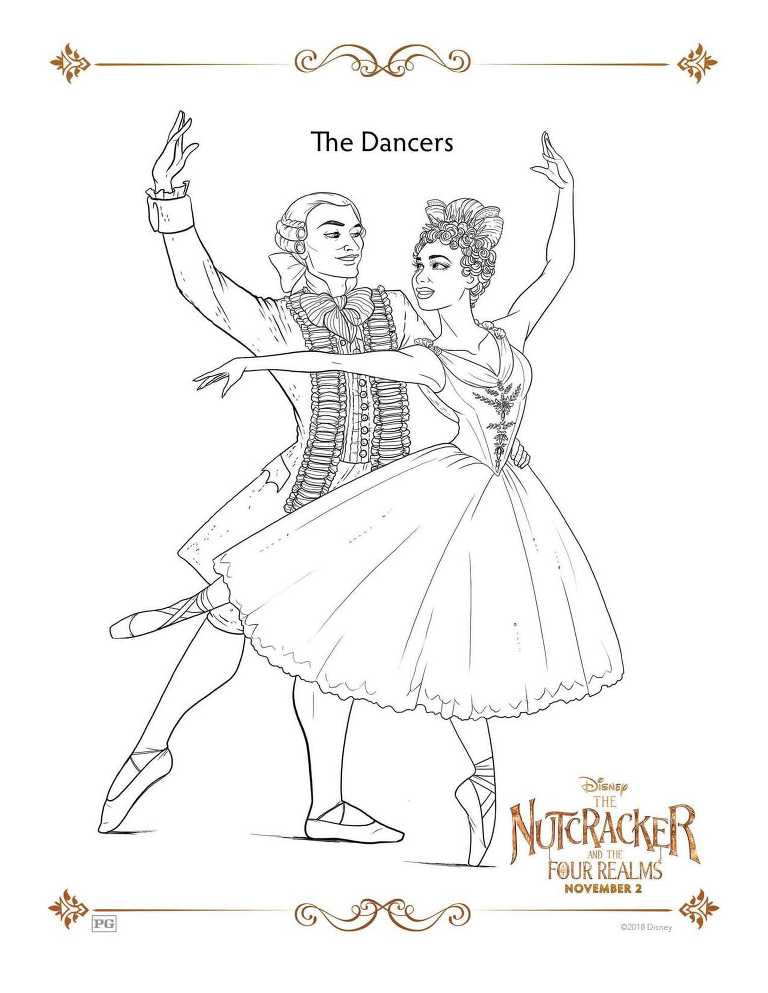 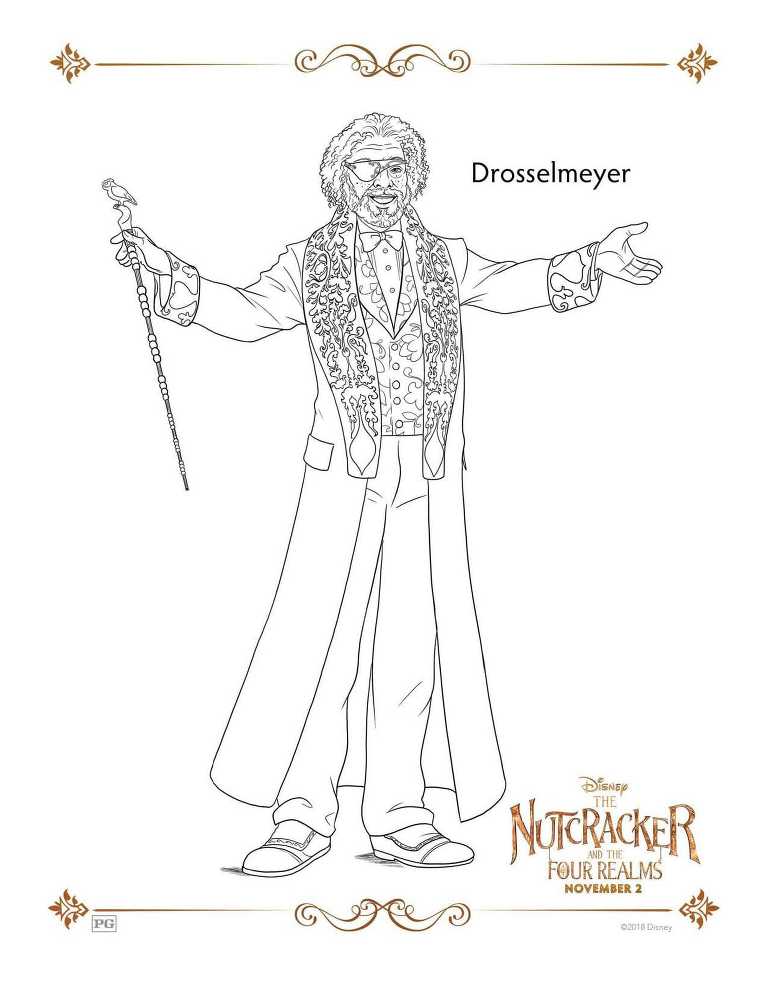 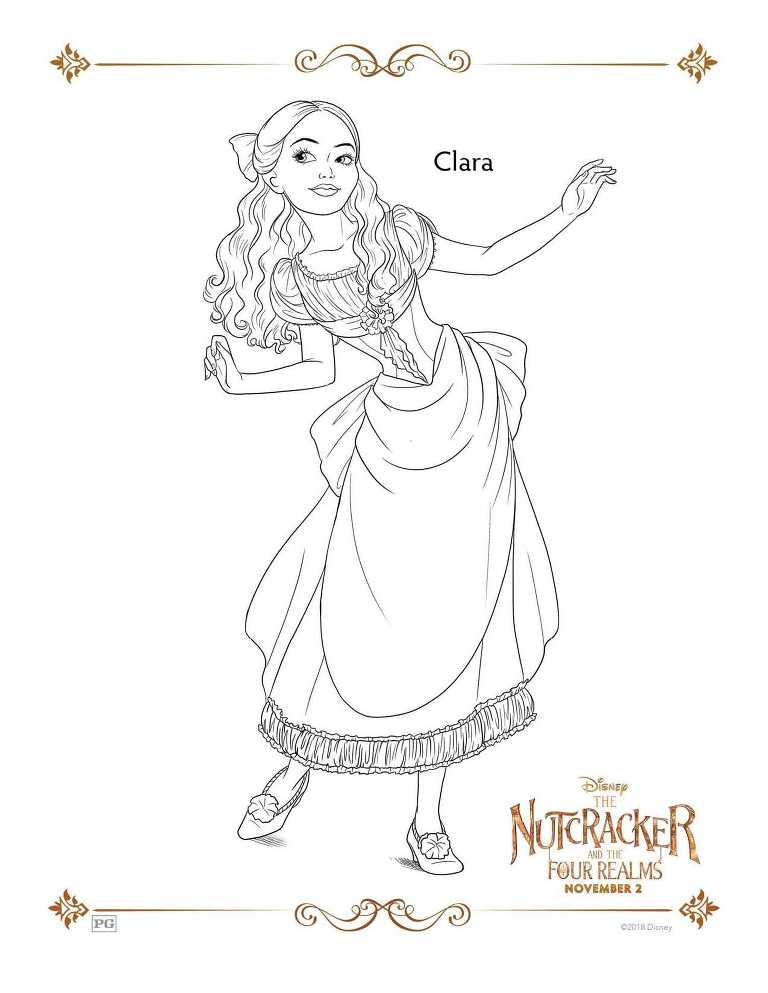 Make sure to buy your tickets early to get the best seats and stay tuned for more Disney films coming soon! There are so many good ones coming this fall!
Camille Walker

0 comments
« Have You Taken the Emergency Preparedness Date Night Challenge?
Musical Pipe Chimes for Kids: A Unique Gift For Kids That Lasts »