Life Lessons we can learn from chocolate 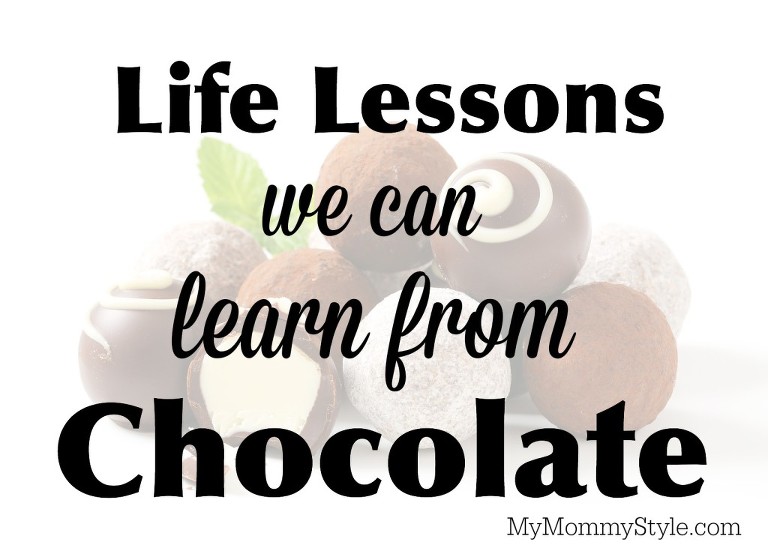 Life provides opportunities for growth and development and sometimes we learn from the lives of people around us, or even those in the public eye. Everywhere we look there are people we can look up to and learn from, including the stories behind your favorite candies. Below you will find examples of amazing accomplishments from a few well known candymakers and how we can apply their values to our lives.

The man who brought M&Ms to the world had a rough start to his life, as he had polio and was not allowed to attend school. He stayed home with his mother, who acted as his teacher. Luckily for us, she also taught him how to hand dip chocolate and he developed a love for it. In 1911, he started making and selling butter cream candy from his kitchen and the Mars company was born.

Lesson: After experiencing such a horrible disease with such lasting effects, it would have been very discouraging not to be able to attend school with the other children. However, as he found something he enjoyed to do in his time spent with his mother, Frank C. Mars was able to discover a lifelong passion. Good can come from seemingly hopeless situations!

In 1867, Henri Nestle was a German pharmacist when he launched his Farine Lactee, a combination of cow’s milk, wheat flour, and sugar. This creation helped to give nutrition to and save the life of his neighbor’s child.

Lesson: We all have talents and abilities, both learned and innate that have the potential to serve us, as well as others. We can put our abilities to good use and make a difference in the lives of those around us. Whether or not our talents lead us to major success or fame is irrelevant.

Like many entrepreneurs, after working in the field for a time, Milton Hershey decided to start his own candy company only to see it fail after six years. As mentioned in this article, after many failed businesses, Mr. Hershey sold a successful caramel production company for $1 million dollars, giving him the financial stability to pursue his true desire – perfecting the milk chocolate formula.

Lesson: The route to our dreams is not always the one we had in mind. Many times throughout life we will find ourselves somewhere we never expected, but the end result is better than we ever dreamed. Hershey’s story also goes to show that even things that seem to be failures or bumps in the road can help get us where we want to be.

Similar to the story of Willy Wonka’s chocolate factory, the Ferrero company (makers of Nutella) are very secretive about their work due to a fear of industrial espionage. They never hold press conferences, do not allow media into their plants, and produce their products with machines designed by in-house engineers.

Lesson: We should hold close to our hearts and protect the things we believe to be most important to us. Whether that involves loved ones, precious memories, or experiences that change us, we all have things in our hearts we like to keep untainted from the rest of the world.

In 1845, David Sprungli-Schawrz and his son Rudolf Sprungli-Ammann decided to try a new recipe from Italy for manufacturing chocolate in the solid form. In 1879, Rodolphe Lindt, a well known chocolatier, developed a technique with which to make his chocolate the best in aroma and melting quality. These two companies came together in 1899, at the risk of their individual secrets and reputation, to form Lindt & Sprungli.

Lesson: On their own, each of these sets of individuals took risks to make their chocolate the best and then risked it all to come together to make something even better. In life we often have to step outside of our comfort zones, push past what we know, and be willing to put it all on the line in order to accomplish something greater.

The next time your sweet tooth starts asking for M&M’s, a Butterfinger, a Hershey bar, Nutella, or a Lindor truffle, maybe you will think about the men behind these sweets and the legacies they left behind.

The Best Too Much Chocolate Cake