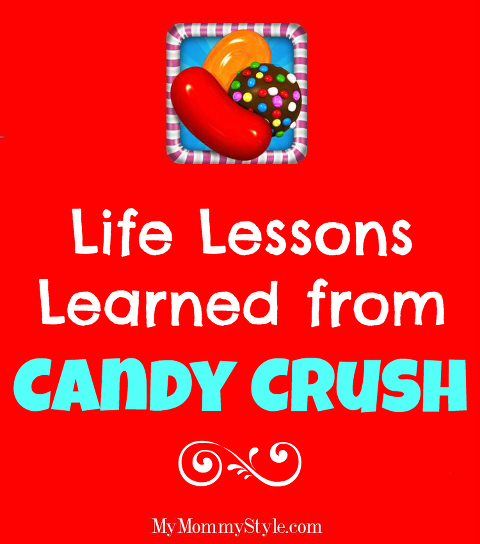 Let’s be honest, generally speaking, Candy Crush is a waste of time. I should know better than anyone, having recently wasted about 8 months on it! I’ve learned, however, that there are a few parallels between life in the world of Candy Crush and life in the real world.

“That which we persist in doing becomes easier to do, not that the nature of the thing has changed, but our power to do so is increased.”

– the quote is from Heber J. Grant, the seventh president of the LDS church. 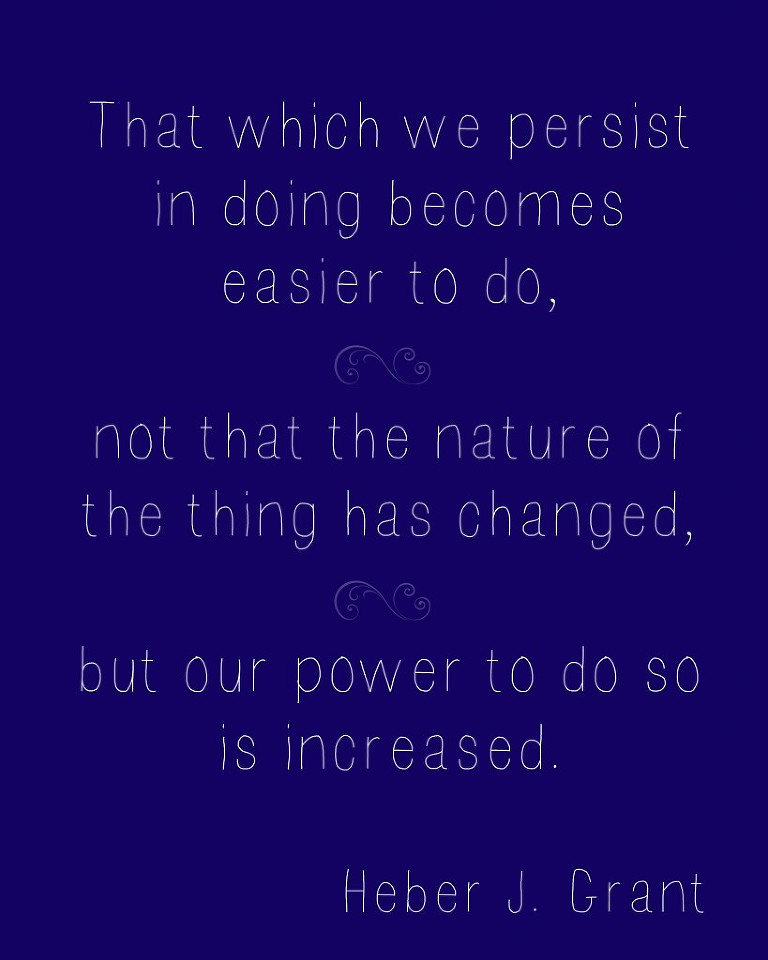 In Candy Crush, as in life, you become more capable the more you push yourself. About seven years ago I started swimming. I wanted to get into better shape, and running long distances every day isn’t a good option for me due to a history of knee surgeries. Swimming is low-impact and, as evidenced by the plethora of withering old men in the locker room, it’s something I can do even at age 90!

Initially, my goal was to swim one mile without stopping. I worked and worked and worked at this goal until after several months I finally accomplished it and swam a complete mile, taking me a little more than 50 minutes to complete. Since then, I’ve been through phases where I swim regularly, take some time off, get fat, and then decide it’s time to swim again. Along the way I’ve stuck with the mile as my standard of progress, and have set new personal bests time and time again.

Last night I again set a personal best, this time at 32:15. I’d like to say that this mile was “easy” to swim compared to my initial 50-minute triumph, but that’s simply not true! There was just as much pain and suffering involved pushing my body to its limit. Every time I attempt a new record, right around lap 5 I regret it because the fatigue is setting in and I know there are still 31 more laps to go! The difference? My “power to do” is increased. Even though I still struggle to breathe and feel like I’m about to die, my brain can reassure my body – you’ve been here before, you’ll be ok, just keep going.

So it is in Candy Crush. When I look back at all the 530 levels I completed, the one that stands out in my mind as the most discouraging was somewhere around 150. Those of you who have already played the game this far will probably know which one I’m talking about. It was the first level where I found myself stuck, not just for hours or for days, but for WEEKS! Guess what happened? I got bored. I lost interest. Instead of playing it during every bathroom break (you know you do it too) and every time a patient no-showed for their dental appointment (by the way, don’t do that) and during TV time and before I’d fall asleep, I would only play it once or twice a day and think, “yep, still can’t beat it. Probably not getting any farther in this game.”

Until one day, something amazing happened – I was sitting there mindlessly swiping at the screen, crushing my candies, when suddenly the game told me I won! And seriously, I was that surprised! I hadn’t been paying attention so I have no idea how it happened, but I did  it! And then guess what happened? I discovered my love for crushing again. Everybody loves the feeling of winning, and even more so when that victory isn’t easy. As the great Thomas Paine once said, “What we obtain too cheap, we esteem too lightly, it is dearness only that gives everything its value.” This is true in Candy Crush. (Yes, I can’t believe I’m comparing one of the greatest quotes of the American Revolution to the pointless game most American’s play on the toilet, but hey, look for life lessons where you can find them, right?) My point is that over the next few months, there were countless levels I’d beat the first time I faced them, and I’d have only a brief moment of slightly elevated happiness before moving on to the next level. On the other hand, I probably faced a dozen levels that took several days to conquer – some of them more than a week. What did I do when I finally triumphed over these levels? I would put my fist in the air like a champion, let my wife know how awesome I was, and then silently trash talk the iPad and let the game know I was the MAN!

Looking back, which of the two types of level am I going to remember? Certainly not the easy ones. If you find yourself stuck on a board, don’t get discouraged. Rather, be grateful for the opportunity Candy Crush has given you to experience the euphoria that comes with overcoming a seemingly impossible level. Life lesson: do the same thing in life. Sometimes we find ourselves on a seemingly impossible “level” in life and wonder if we will ever get past it. Most things don’t turn out exactly like you’d hoped they would. Sometimes in little things, sometimes in big things. No matter what you’re struggling with, be grateful for the chance to overcome, and believe that if you persist, it WILL happen. Prove to the game of life that you are a champion!

I’ve been asked before, “what is the hardest level in candy crush?” My honest answer is that It’s the one you’re currently stuck on! The levels in the 300s and 400s are by far more difficult than the ones earlier in the game, but by the time you get to those upper levels, you’re not the same player you were back then. The game trains you to make better decisions as you go. This becomes apparent when you play quests to advance to the next episode, rather than using your friends, because quests are simply boards borrowed from earlier in the game. I remember a few times the quest would be a board I had previously struggled with, and they were nowhere NEAR as hard as I had remembered. Because I was awesome.

In my next post I’ll discuss some of the strategic moves I’ve picked up along the way.

Also, check out my posts:

How to easily cheat and get more Candy Crush lives,

Some improvements I would make to Candy Crush

10 strategies to beat any level on Candy Crush

Want to try something new?