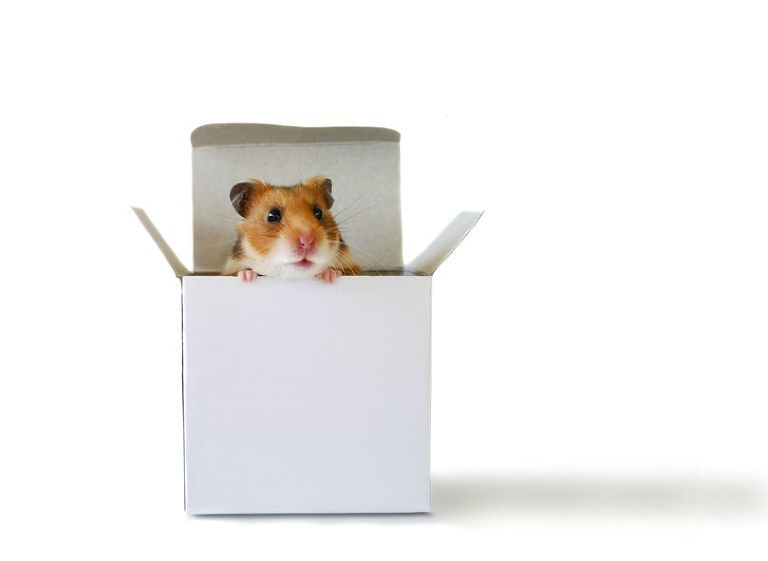 Pregnancies are long, especially when the final months are endured during the summertime. I’ve had two babies that landed in August, and both times I resorted to extreme measures to assure my survival. When I was pregnant with Halle, the others were going stir crazy – because I just wasn’t that entertaining. Jumping on the trampoline, riding bikes, and swimming, just didn’t cut it anymore.

So, against every sane bone in my body, I decided to purchase a distraction for the kids and myself. We all loaded up into our suburban and drove to the pet store. I wasn’t quite sure what I was looking for, but I knew when I spotted it. Hamsters. Flashes of hours spent playing with my hamsters when I was young, came flooding into my mind. I’d had so much fun feeding them, holding them, making tubes out of toilet paper rolls for them to climb through and even taking them to my friends house to let them socialize. I decided that the kids would be able to hold them, keep them in their rooms and most of all – award me with some peace and quiet.
I bought a fun big cage for the spoiled, rascally critters and drove them home to hugs and kisses. I envisioned the girls snuggling them, feeding them, and spending hours outside watching them frolic in the grass.  I was so proud of myself for being so resourceful!And then it happened.  You know when life hits you square in the face and you realize that your perceptions don’t line up *at all* with reality?  Ya, it happens to me all the time.  I watercolor the world with the beautiful and ideal circumstances.  Some say it’s a talent, and others think it’s unrealistic. It’s doesn’t matter,  I’ll always be an eternal optimist.
The hamsters were immediately put through the worst kind of hell that they could ever have imagined! I’m not sure about reincarnation, but I pray that I can live my life in a way that won’t land me in a hamster body. Whitney and Brighton played bumper cars with the two remote control trucks they had. Cookie Dough “drove” one and Partly Cloudy “drove” another.  They raced around until they had to be sick. 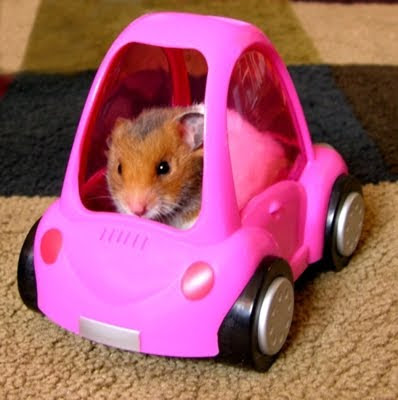 They squatted down deep in the drivers seat with a hope and a prayer. It was probably more like demolition derby because the hamsters obviously hadn’t had any driving lessons.  Unfortunately for them, they didn’t have seat belts either.  I remember this kind of freedom back in the 80’s when we folded the seats down and played games during long drives.  There weren’t videos, so we actually played cards and listened to music on the Walkman. I’m sure that’s dating me a bit, but it is what it is.

One day, I walked into the garage and found the kids with an 8 foot long tube. They were tipping it back and forth, and squealing with laughter.  I smirked and asked what interesting game they had come up. They looked up at me with a half amused – half busted facial expression… and then it hit me. Those little dudes were flying back and forth through the tube as they raised and lowered the ends of the pipe! I yelled to “Put it down!” and I rushed to their aid. Cookie Dough and Partly Cloudy  were too scared to come out, so they just sat in the middle!  So I did what any mom would do, and tried to put it in their words,

“Kids, how would YOU feel if someone did this to you?!”  They just giggled and said, “Okay, Mom!”

I assumed the kids had learned their lesson, until I walked in the bathroom one day and saw Ella filling up the sink with water. Poor Cookie Dough was swimming doggy paddling as fast as he could to stay afloat!

She answered in her sweet little voice, “Oh, okay mommy.” as I rushed over to unplug the drain. The eyes on that hamsters face were as big as eggs and I’m sure she was expecting to drown any moment. Yes, poor Cookie had almost become dough. A bead of sweat started dripping down his forehead.

Eventually, the hamsters were banished to the garage, because I couldn’t handle the smell. Pregnancy noses are really pretty remarkable. I once smelled grape in my house and followed the aroma until I found an empty can of grape shasta, clear back behind a couch that had been abandoned.

One day Partly Cloudy got out of the cage. I still don’t know how.  We couldn’t find him anywhere and the kids were horrified. I don’t know if it’s because they missed him or wondered what they’d spend their time doing, if there was nobody around to torture?  Their summer was looking bleak.

We had a little funeral to ease the pain. I explained that he was in heaven and would be happy there because he could fly. How else do you explain death to an innocent child?  I conducted my best funeral, complete with song and prayer. Thankfully, Ella was elated and slept well that night.

The next morning I awoke and went about my daily routine.  “Laundry and dishes” I thought.  “Does it EVER end?” Ella trotted up to me with big eyes and a grin.  I was so happy she was able to move on and find something else to fill her time.

“Mommy, I want to show you something!”

She brought me outside and proceeded to dig in the dirt.  “A treasure hunt?” I didn’t know what to expect and I was filled with anticipation.  Remember the term Hamster Hell?  You thought that journey was over, but oh no, it was just beginning!

“Mommy, you know how my hamster’s friend died and he is happy flying?  Well, they both wanted to be together, so I just THREW it off the trampoline to show it how to fly and then BURIED it, so they could be together FOREVER.”

Flashes from the old movie “Pet Cemetery” went through my mind and not because of the hamster.  It was because of the psycho little kid that was brought back to life.  My kid was twisted for sure.  How did I raise such a messed up little girl?  She was so proud of her accomplishment. I could barely breath. 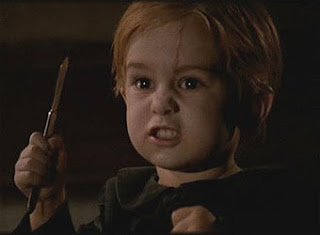 The little guy’s eyes were still open. I almost barfed. I didn’t want to damage her innocent view of events so I gave her a hug and said, “Okay… honey… but next time let’s wait until it dies on it’s own.”

Over the next few days she kept digging him up, because she missed him. I let her know that it probably wasn’t a great idea and eventually had to throw him away where she couldn’t find him.

A few weeks later, the other hamster that was lost in the garage came walking out from under the shelf! It looked horrible. I tried to give it water, which according to Jon was the worst thing – because it had probably eaten De-con. I cried, Ella cried, but nothing could make this better.

That following Sunday, Ella went to nursery at church. She came into Sacrament meeting with this note pinned to her dress … Life can be hilarious, sometimes. 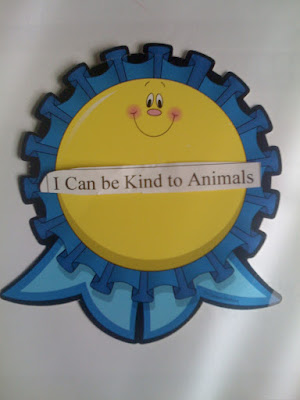