Why you should go on an Alaskan Cruise

Recently, my husband and I checked off a major bucket list item – we went on an Alaskan Cruise! I’ve heard for many years how beautiful it is, but there are no words to adequately explain the vastness – the magnificence and beauty of this rugged country! Rather than try and explain it, I figured I’d let you see for yourself.

I would recommend this cruise to anyone. We visited during September, and the weather was mild and comfortable. We are even talking about going back again – yes, this is how much we loved it! The first time I saw the glaciers floating the the water was the most magical. People were running out onto the deck to get a better look. It was early in the morning and a faint rain was dusting our faces as we peered out into the cold expanse of mountains and water. It become really easy to see how Titanic hit the iceberg. Only ten percent of the iceberg shows above the water and the rest sits below. The ship is so big, and it would take too much time to turn, if there were an emergency. Of course we have better technology and ships now.

In this picture below, I was hanging out of a big window on the ship to get pictures. Jon disappeared and Enya started to play in the room I was standing in. It was so moving, I teared up… it sounds so cheesy now, but hey – it was spiritual. 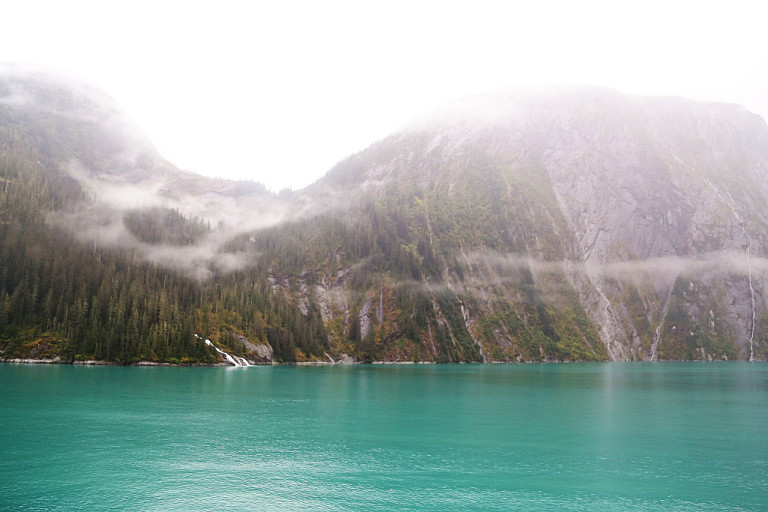 And then I turned around and Jon was standing there with breakfast. He is such a caring guy. He always thinks of others before himself. Before the trip we were so stressed out with work, family and life in general and we barley knew if we even wanted to come on the cruise. I’m glad Jon forced the issue and made us take a time out to enjoy this moment together. In the end, it’s all we really have – time – and the people we love. 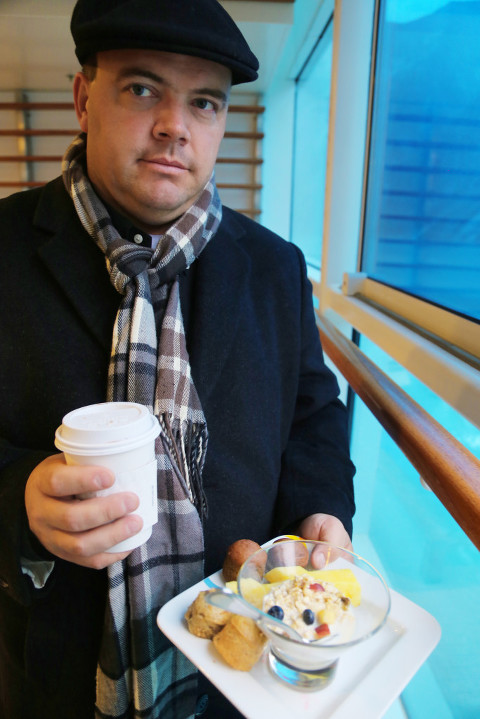 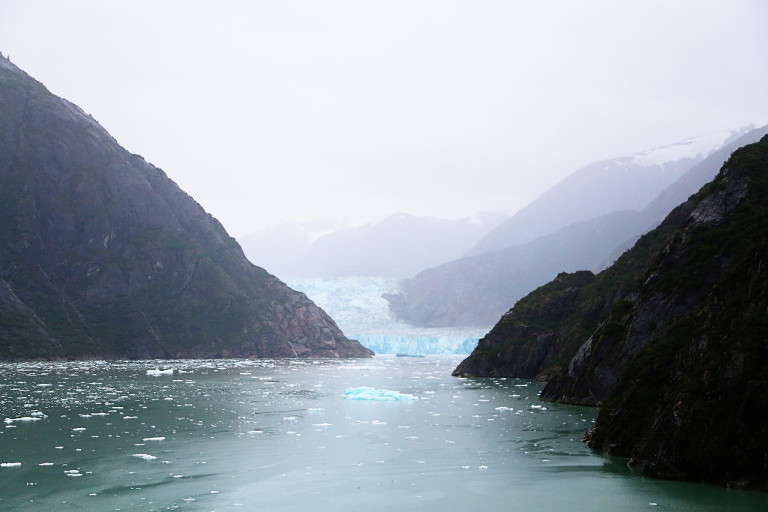 We took a helicopter ride and landed on a glacier, and once again I can’t explain how unbelievable it was. We had a partially crazy, very cute, lady pilot. She warned us about falling into the endless cliffs – and told us that we would not be able to be saved if we fell in. 15 minutes later she was standing with one leg on either side of it! I laughed for a minute, and then Jon said, “Um, we really need a way to get back off of the glacier… please don’t fall in.” and she walked back to the helicopter. 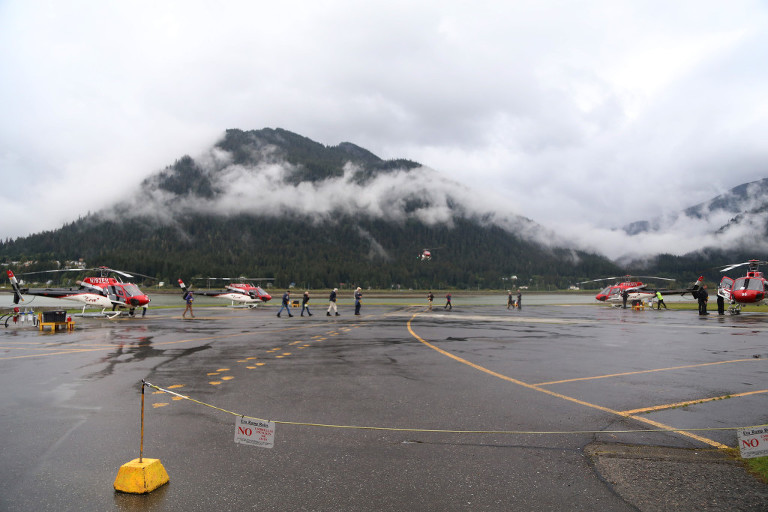 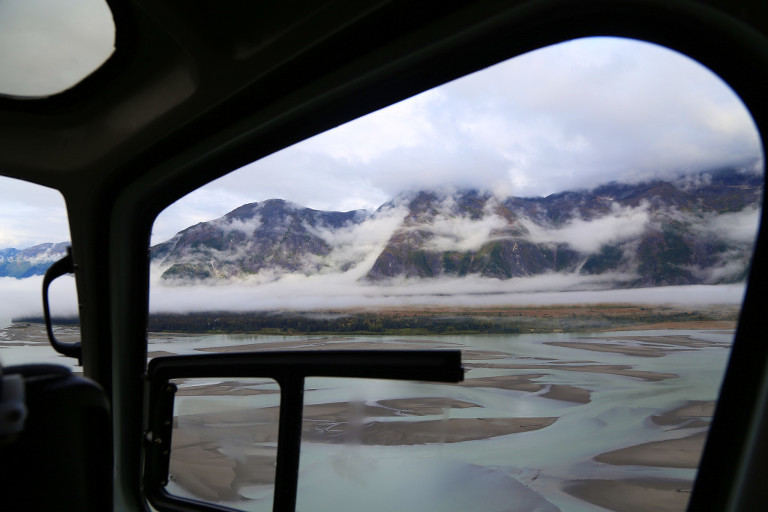 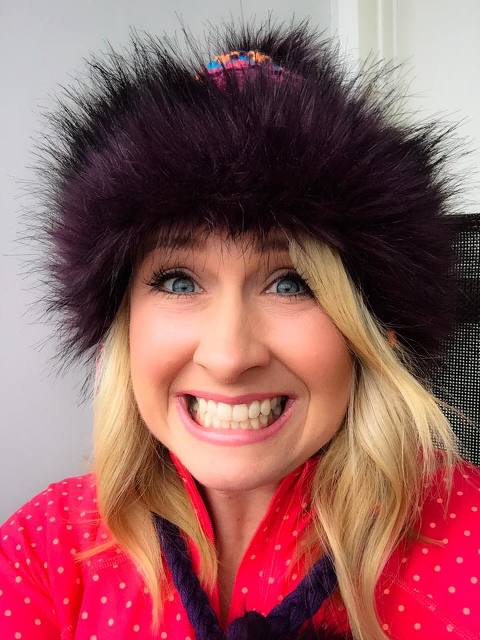 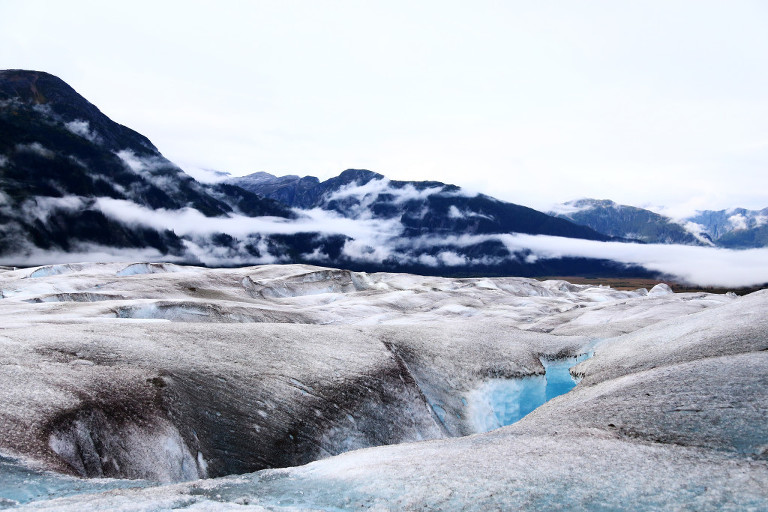 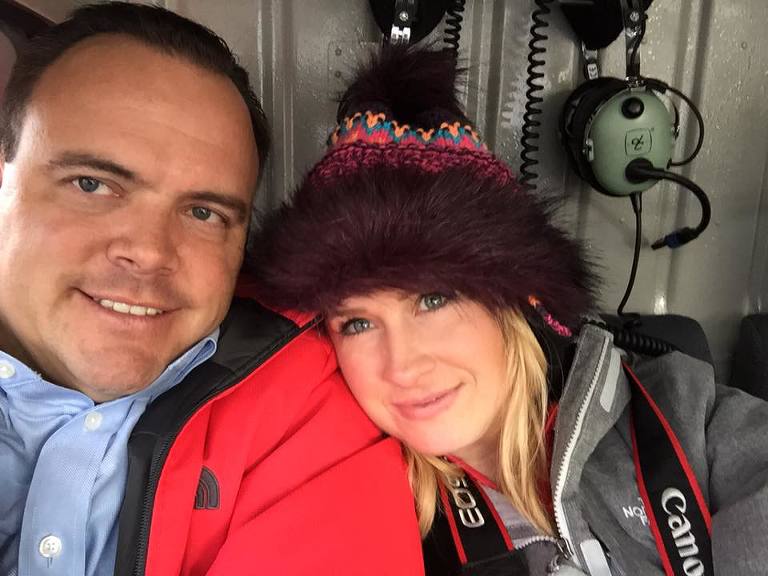 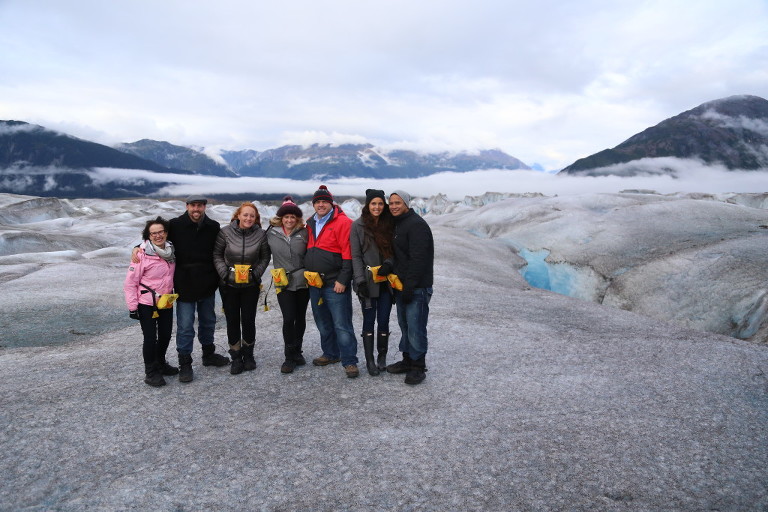 This picture above was taken from the iceberg, and still makes me laugh a month later! See that nice lady in the pink jacket? She was just walking in front of our picture, and she wouldn’t move, so one of my friends asked if she just wanted to be in the picture. He was kind of kidding, but she said, “SURE!” She walked over and posed for every picture with us! We were all giggling, but decided we wouldn’t say anything.

A few of the nights we dressed up on the cruise ship. I sweet girl from Africa did my hair, and I decided to put some jewels on my forehead – because whey else can you really get away with such a thing at my age? 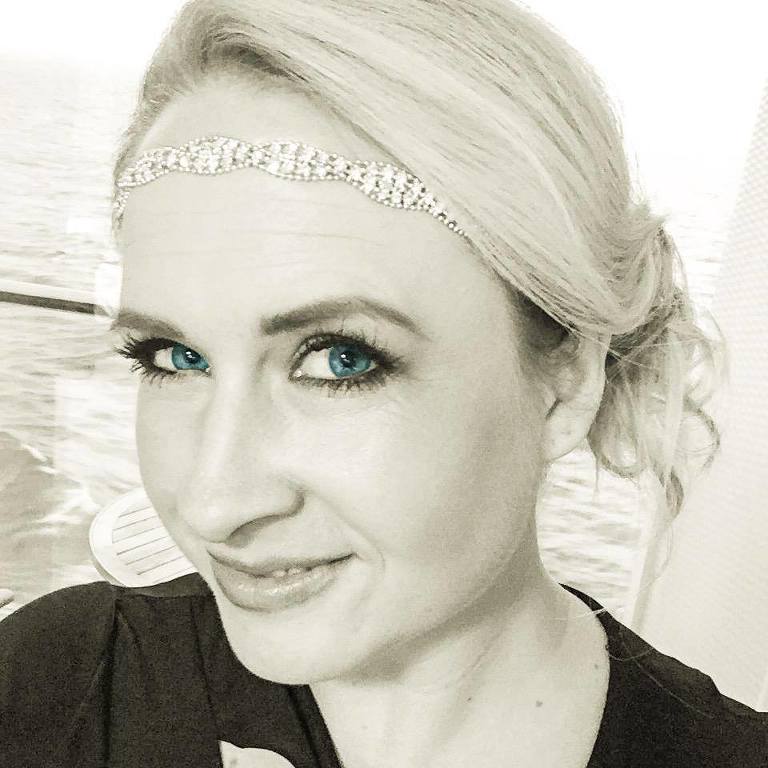 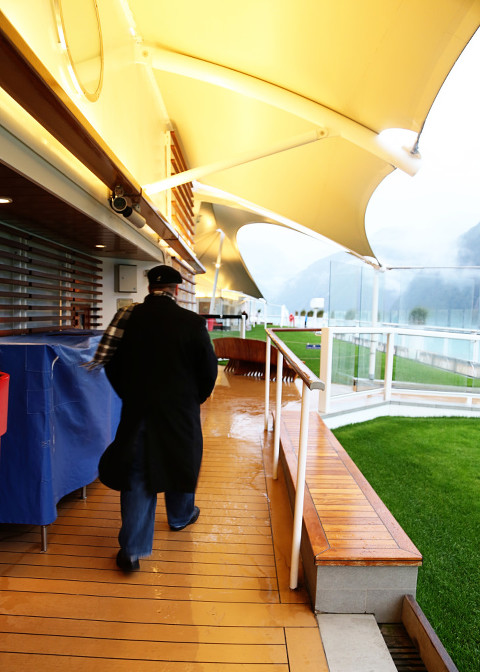 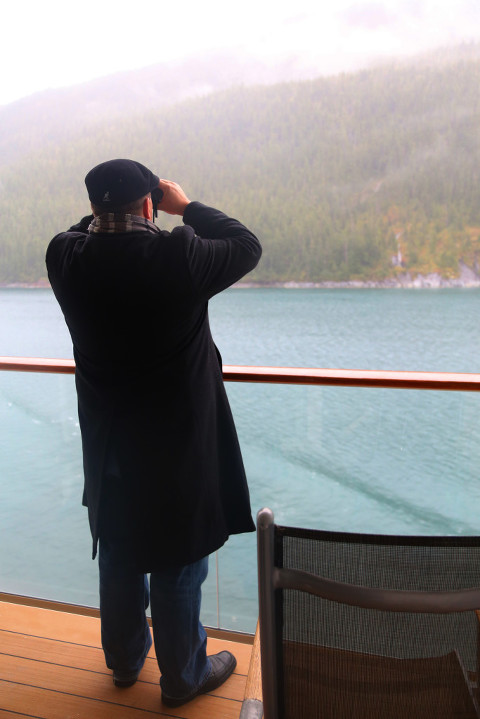 On one of the other days we visited Skagway and went on the White Pass Railway. We took a train through the canyon that was built by people that came to Alaska during the Klondike gold rush. Not very men died building this railroad, surprisingly, but over a thousand horses did. It was easy to see why, as we traveled through winding steep rock cliffs. They used them all the way through winter in Alaska to load the heavy equipment. 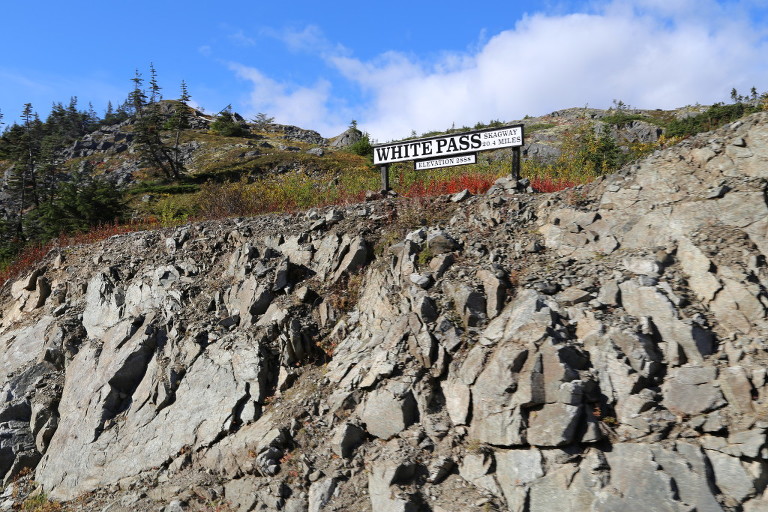 I stood out on the platform between the trains to get better pictures. It was quite a rush, as the wind blew through my hair and I looked down the ravines into the stream below. 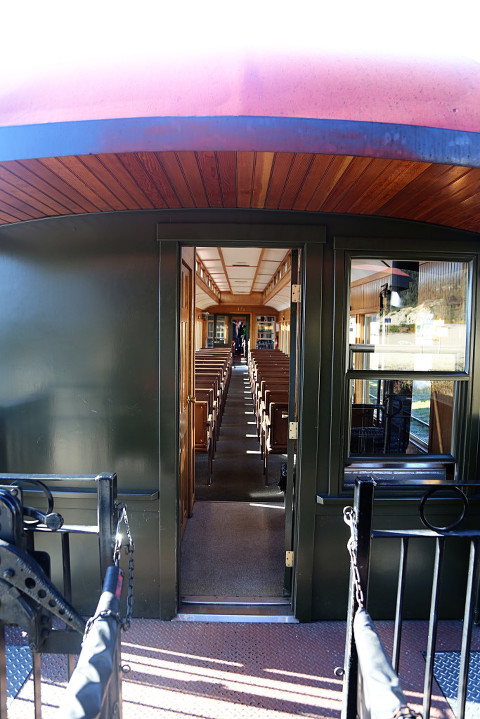 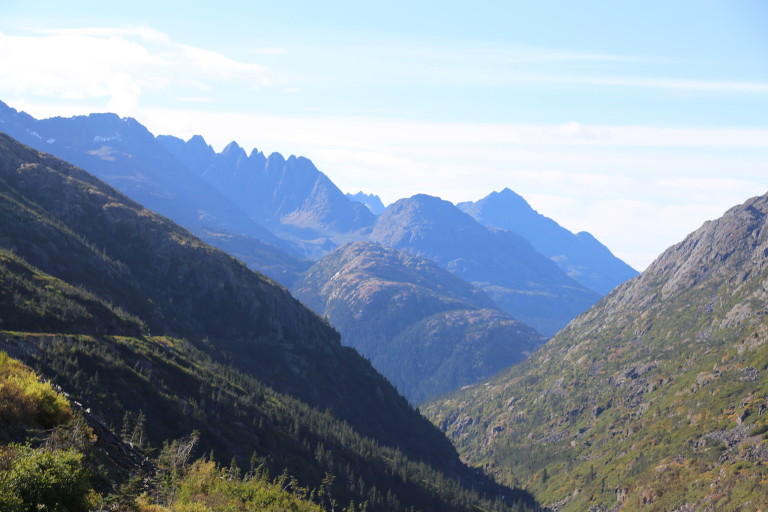 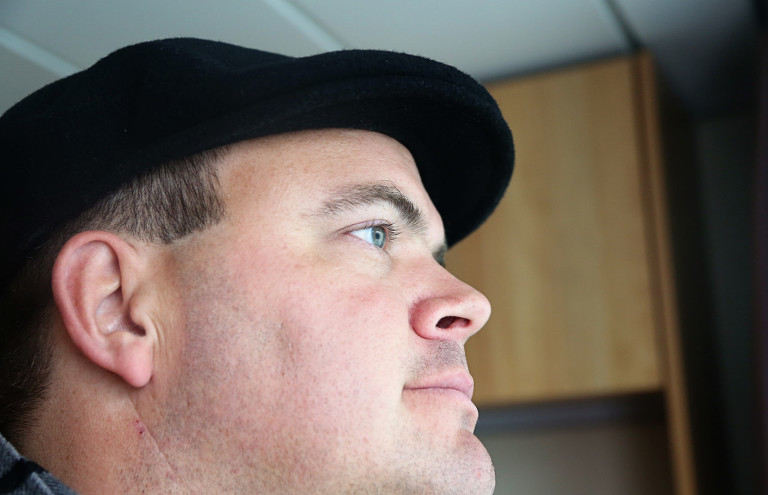 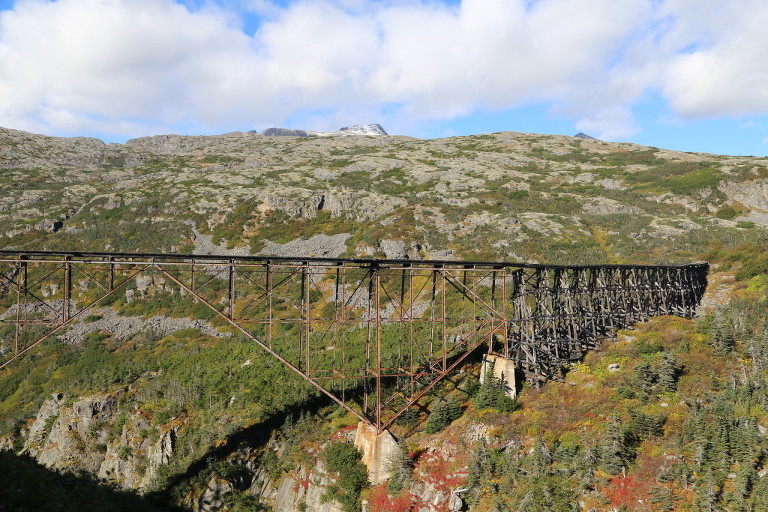 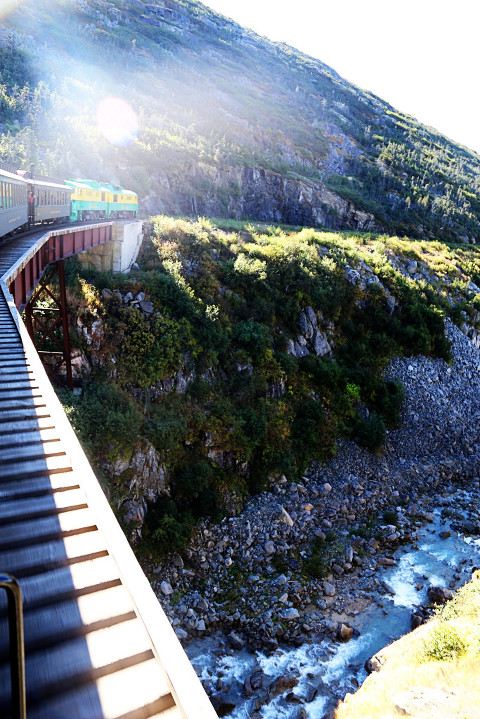 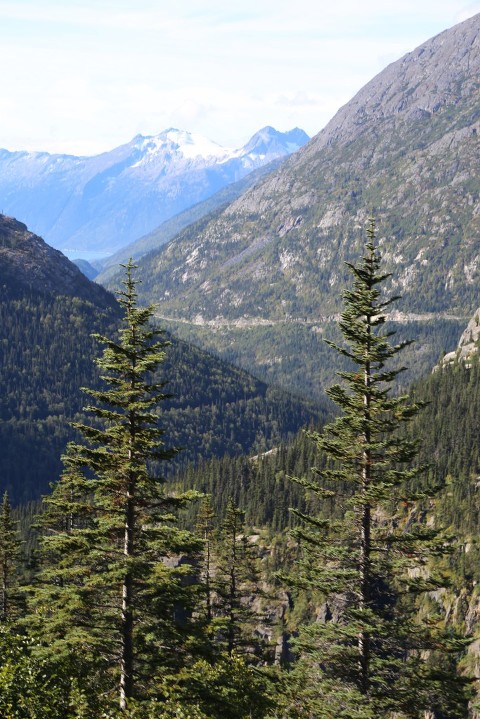 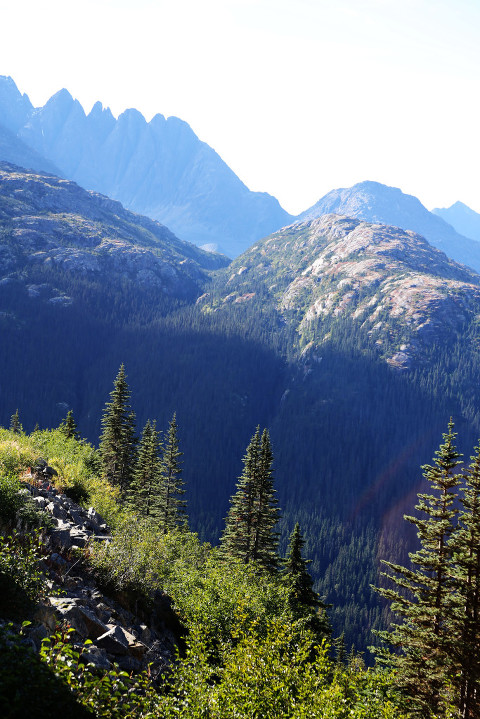 I know I’m not sharing this experience in order, but that’s ok. Another day we visited Ketchikan. It was also beautiful and we ate some amazing sea food. I don’t even like sea food that much, but the clam chowder was unbelievable. 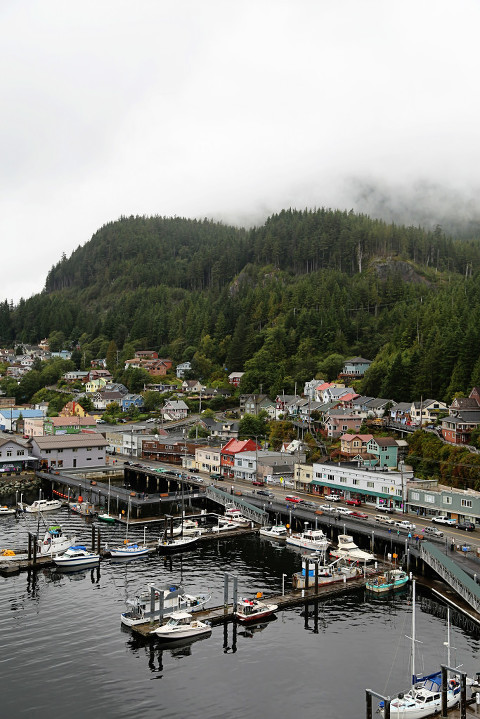 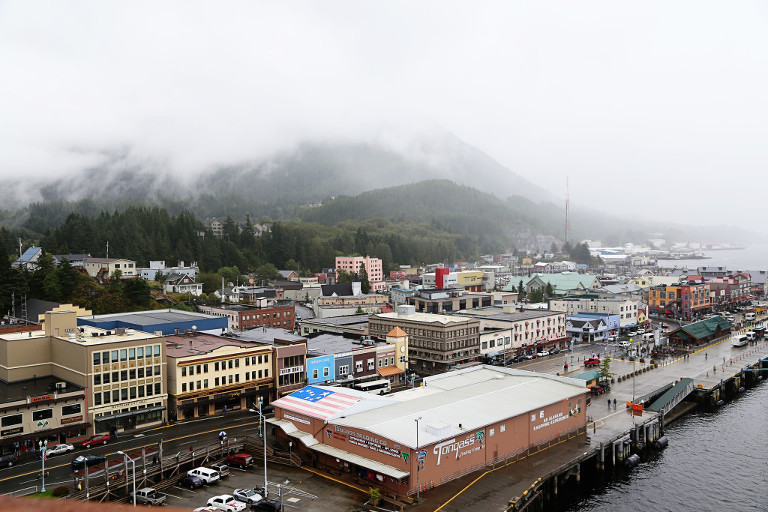 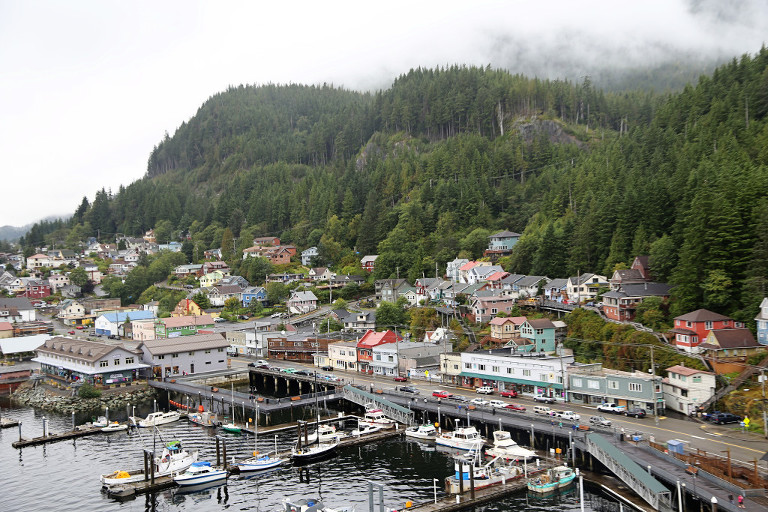 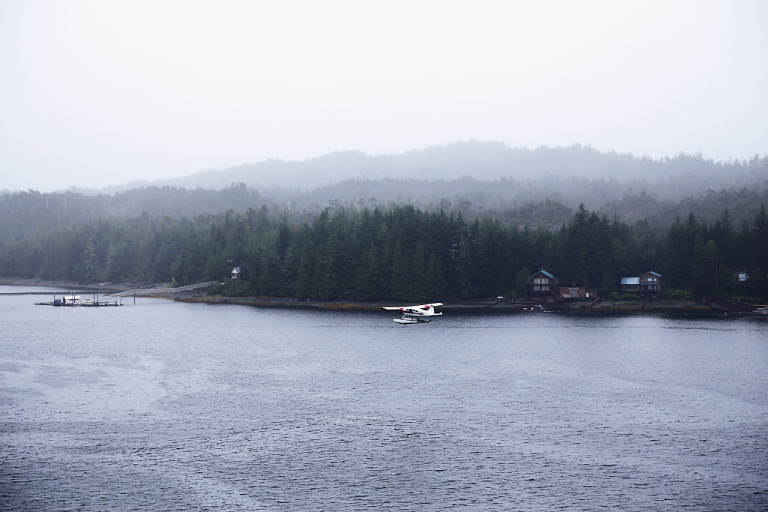 I was obsessed with the float planes. Anytime I heard them take off, I’k run to look. I think it’s because I remember my dad always telling me stories as a kid, about when he and my grandpa drove to Alaska and took float planes up to remote places in the mountains to hunt. I have always been a hunter, but never killed an animal. I know that is a funny combination, but I grew up respecting wild life and taking time to enjoy the mountains. I loved the memories made there and I appreciated the relationships that were built as I watched family take time to be together and tell stories from a hard days hunt. We would eat the meat as children, and although it didn’t taste like chicken, it was normal to us. I’m a pretty good shot and I’ve won men in shooting targets many times – but mostly, I love to shoot with my camera. 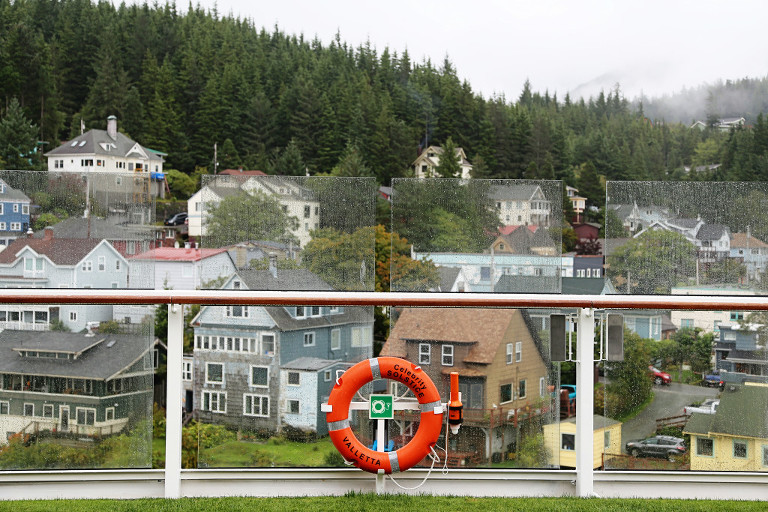 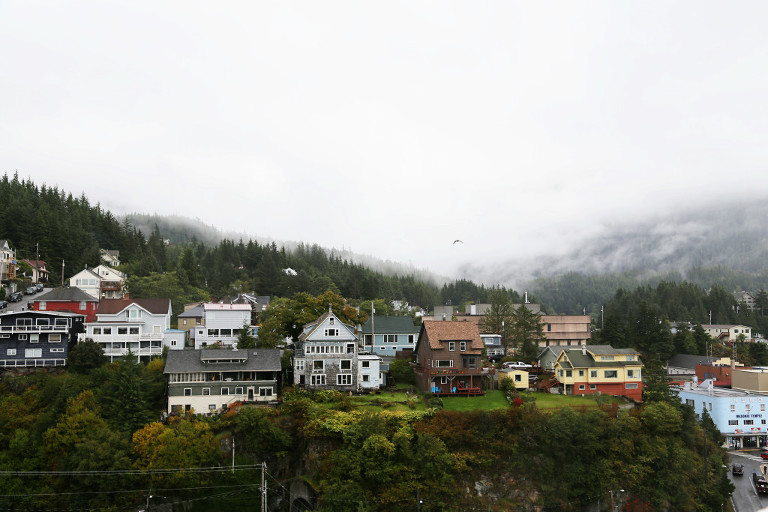 We also visited a sled dog business and had the chance to see what it’s really like to run the iditarod race! It was fascinating and the man was so funny. One major misconception is that the sled dogs are big and fluffy like on the cartoons, but they are actually lean and muscly like a marathon runner. 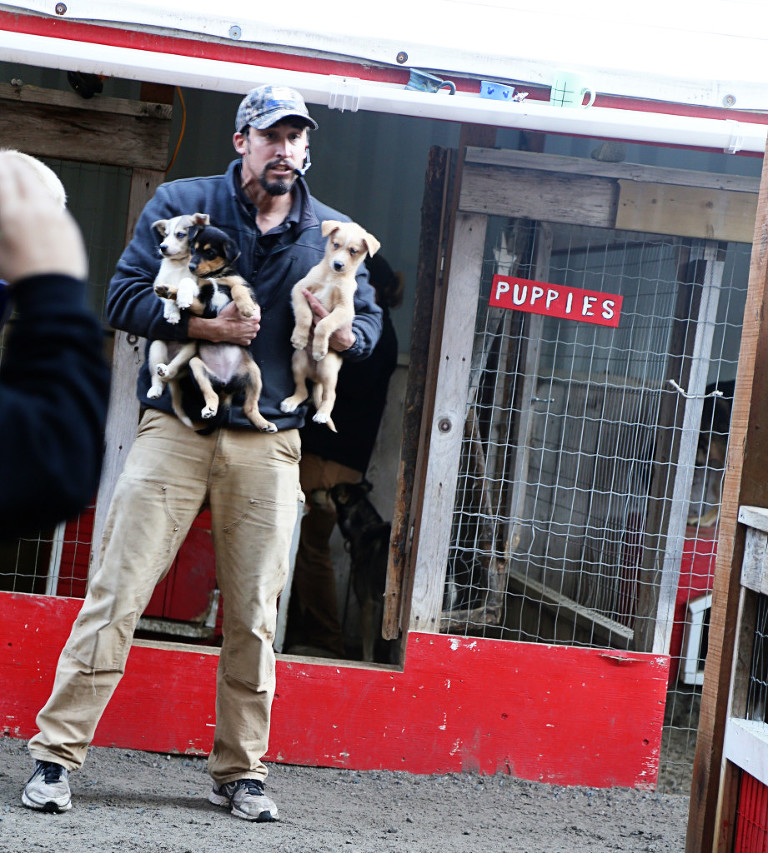 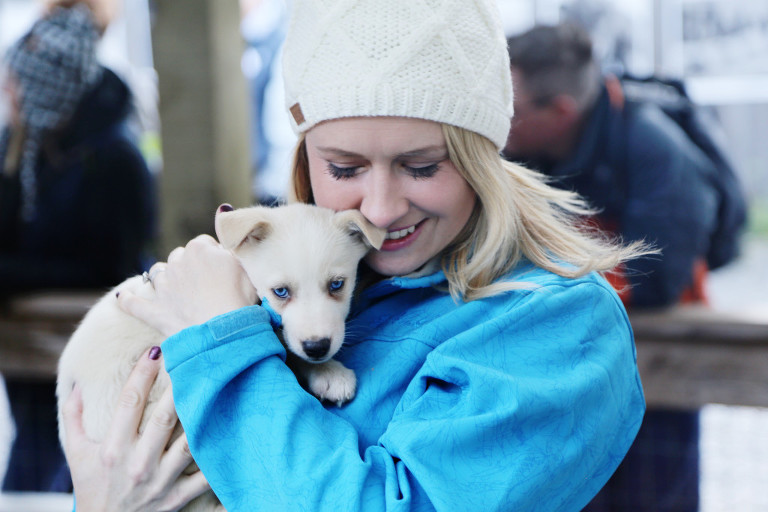 Toward the end of our trip, we visited Butchart Gardens in Vancouver Island, Canada. It was another fantastic experience, and I hope to go back again. I haven’t uploaded all of those pictures yet, but here is a little taste. Hopefully, I’ll get some more time to share those, too! 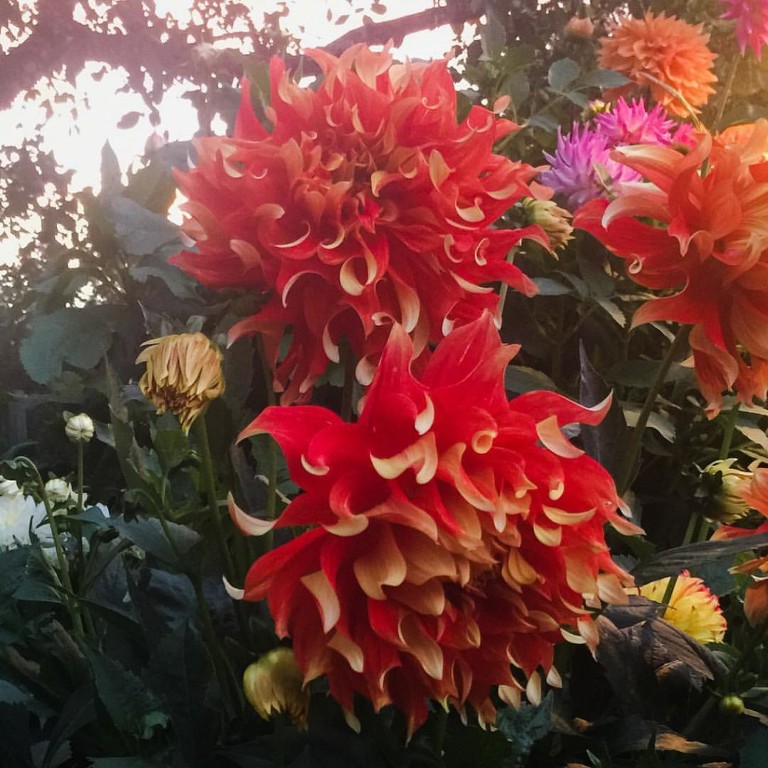 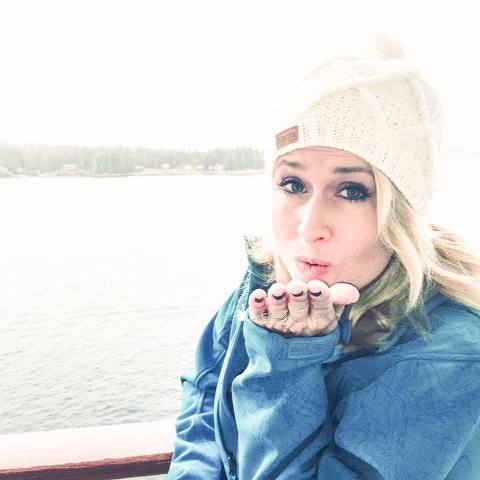 How To Choose the Right Cruise for Your Family

What to Pack for a Disney World & Disney Cruise Vacation