5 things I learned after my house fire

Fire safety has recently become a very important topic for our family. At the beginning of this year we lost everything we owned in a house fire. This is why I’m so happy to be partnering with and sharing Nationwide’s Make Safe Happen program. Fire safety is important! Being prepared and having a plan for your family is so important! I love that with this program they want to empower families and parents to create safer homes. I’m hoping that by sharing my story and the things that we have learned this year that I can help motivate you to have a plan and have the tools to know what to do in case of a fire.

I know I’ve shared that I’ve had a fire quite a bit on the blog, but I’ve actually never told the full story. It’s weird trying to retell it because it was without a doubt the most emotional night of my life, but it’s hard to fully convey that in a retelling of the story. As I thought about how I would tell the story I was reminded of some of those feelings and they almost seem unreal now. I still can’t believe it happened to us! 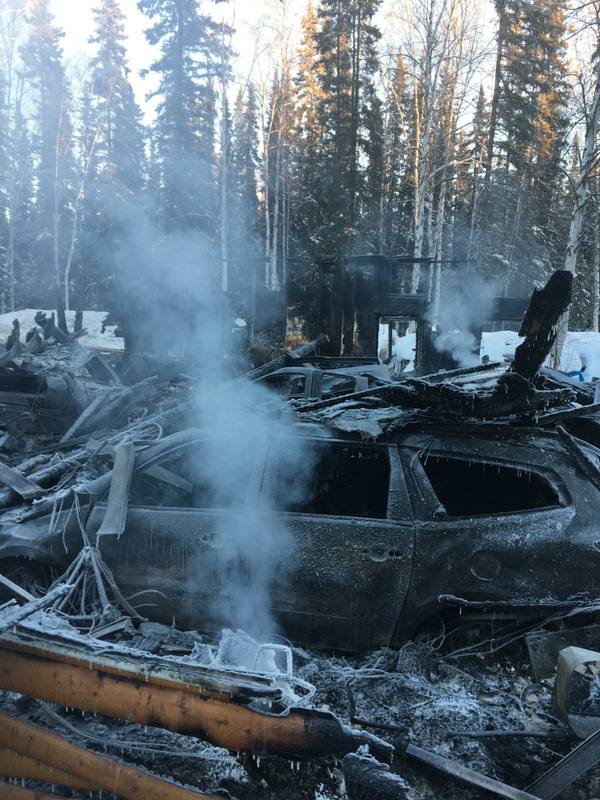 It happened on a normal Sunday evening. We had just finished dinner and had started watching AFV, which was our Sunday evening tradition. My husband was chatting on the phone with his dad. It was all so normal.

A few minutes after my husband left I started hearing what sounded like hail hitting our roof. It was a strange sound because in the dead winter in Alaska when it’s -25 degrees outside it doesn’t hail. I walked down the stairs to check things out. I found my husband frantically running from our stove to outside. He was also on the phone giving our address to a 911 operator. At this point, we both still didn’t think anything too serious was going on. My husband noticed that the top of the stack from our fireplace was glowing red. He was grabbing the fire extinguisher and was planning to climb a ladder to try and put it out, but the operator told him in no way should he try to put anything out, but to get everyone out of the house immediately. Always listen to 911 operators.

We had heard some advice a while ago to never yell at your kids so when there is an emergency and you need their attention they will listen to you. I have never been the best at following this advice, but my husband always has, so when he came in the room and yelled, “EVERYONE GET OUT OF THE HOUSE!” my kids jumped into action, and put their boots and coats on and headed out the door. My poor daughter, on the other hand, was so scared she couldn’t think straight and ended up putting one of her boots on and one of my boots on because they were close by. I didn’t ever get a picture of her wearing them, but my boot went all the way up her leg. I actually don’t know how well that advice worked for my daughter, but at least her feet were covered. 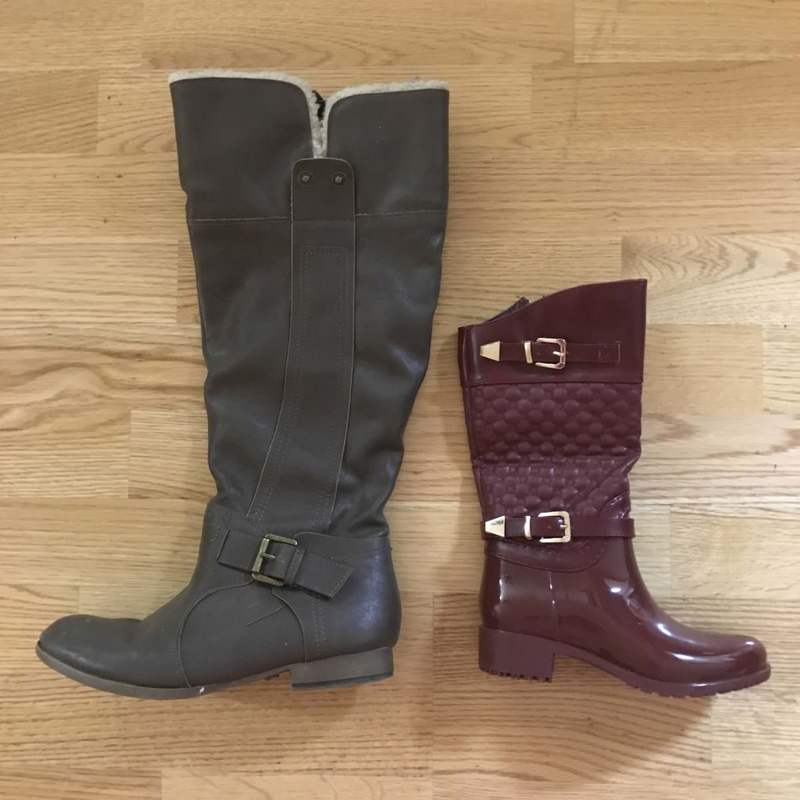 When we rushed out the front door there were already flames coming out of our roof and it was one of the strangest and unsettling feelings ever. We were JUST in the house. The house was visibly on fire. We were JUST INSIDE that burning house. It was terrifying and shocking. The worst part as a parent was witnessing the same looks of shock and fear on the faces of my children. I was so worried about how they would cope with something so terrifying. At the same time nothing will make you more grateful in all the world than being outside of a burning house with everyone safe and sound around you. It was -25 degrees that night and I’m grateful we had time to grab our coats and boots. Most of us were only in pajamas and my husband was in a coat without a shirt on!

At this point the firetrucks started arriving and we were certain that the fire would easily be put out and we would only have damage on part of the roof that would be easy to fix, but what we didn’t know is that at this point our whole roof was on fire. We had about five feet between our roof and ceilings and that sound that I heard that I thought was hail was actually snow melting from our roof and dripping down to the ceiling. Within 45 minutes our house went from looking like a small roof fire to being a complete loss. It was devastating. 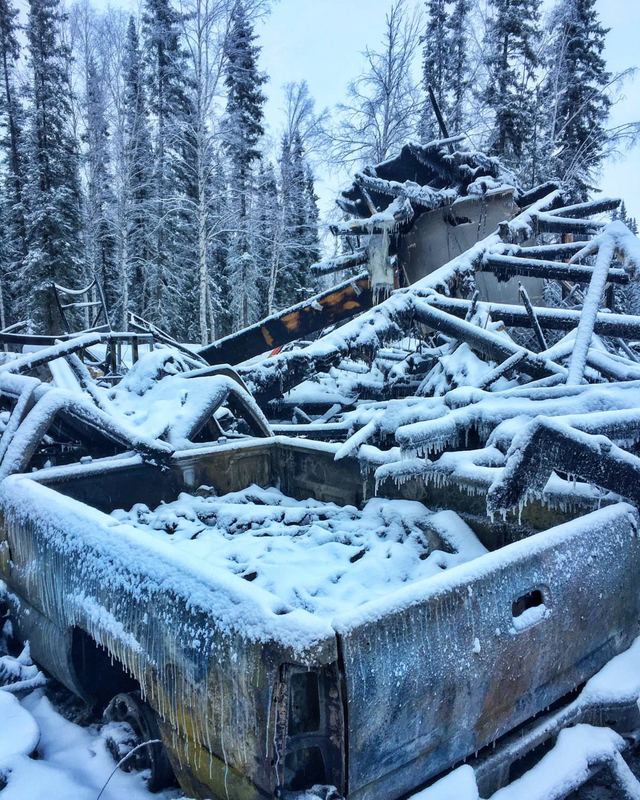 There were so many lessons we learned after the fire and here are 5 important things we learned right away.

The thing we immediately felt was an immense gratitude that we were all safe. It was hard to watch the fire spread to each room and think of the special and irreplaceable items in each of those rooms. But it was only stuff. Even photos, baby books, family heirlooms and my wedding dress were only things. It was devastating to lose some of them and there was definitely a mourning period for them, but our family was safe. We just couldn’t stop hugging our babies the next day. This picture was taken at McDonald’s the next morning. We had no sleep, we were tired, we were sad, we had no idea what our next step was, and everything we owned in the whole world was in that one picture, but we were still happy. Honestly, we felt happiness because we were together. 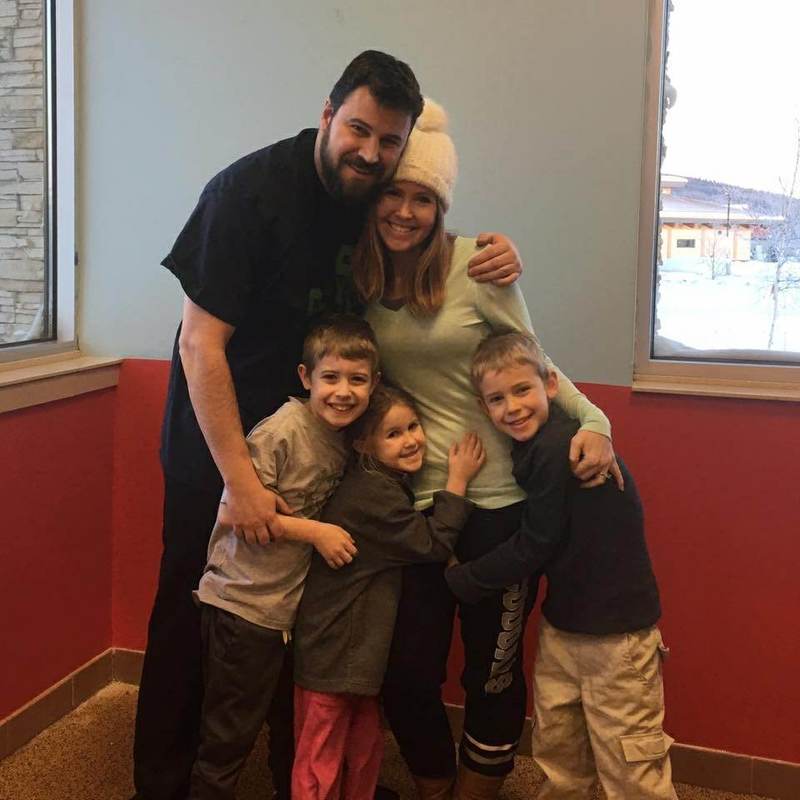 I knew I never wanted to be in the situation where we didn’t know what to do in a fire every again. Get the Make Safe Happen app on your phone! It makes planning escape routes and fire drills easy and will even give you reminders to have fire drills and to check your smoke detectors. I know I can use all the help I can get to stay organized with things like this. You’ll never have to stop and wonder when the last time you had a fire drill. The app will help you stay on top of things!

We had working smoke detectors in our house, but because we noticed the fire before smoke was actually filling the house the smoke detectors never went off. It’s nice to know that they were there in case we didn’t notice as early as we did though. As nice as that is, we never did regular checks with our smoke detectors so we actually aren’t 100% confident they were working. So, here’s a few things to know about smoke detectors.

This is probably the most important safety lesson we learned after the fire. We were bad examples and never had a home fire drill. We really are so lucky that we all got out of the house before things got worse. My kids would not have known what to do or how to safely leave our home. That thought is so scary! We are not alone though. Did you know that only 1 in 5 parents practice a home fire drill regularly!? The thought of being in a burning home without a plan is scary, but regular fire drills do not need to be scary. Make fire drills a game so you can be prepared vs. scared! 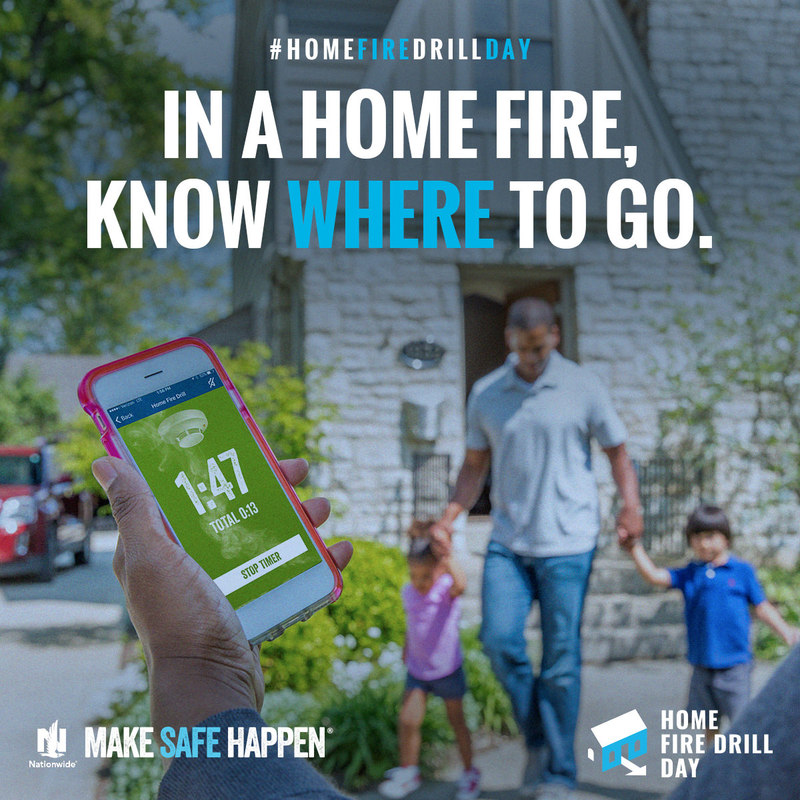 On Saturday, October 14, 2017, Nationwide’s Make Safe Happen will celebrate the second annual Home Fire Drill Day. On this day, families across the country are encouraged to practice their home fire drills, ensuring that families know the escape plan and are prepared in the event of a home fire. My family will be making a plan and having a fire drill that day and I hope you will join in!

Check out homefiredrillday.com to get started. You can make a plan, learn helpful safety tips and learn fun fire drill games. Remember to make fire drills fun! Fire safety is a serious subject, but you don’t want to terrify your children, you just want to empower them to know what to do in a dangerous situation!

Don’t forget to mark your calendars for October 14!

This is a sponsored conversation written by me on behalf of Nationwide Insurance. The opinions and text are all mine.