The Other Side of Adoption: Part Three 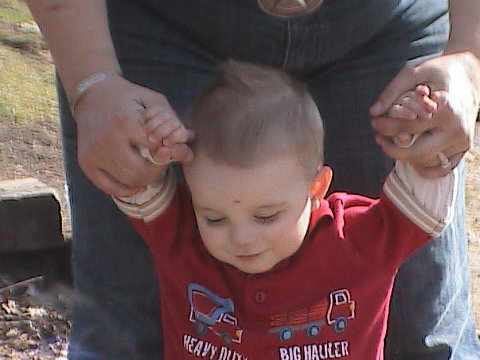 I knew that after I asked if we could come down to their home again so your mama could meet the family, there was a pause……..Then she spoke saying,

“What do you think our chances are of getting this little boy? I just do not want to keep getting my hopes up then having them crushed suddenly by someone else getting him.”

I then reassured her that I had a gut instinct that my cousin and his wife were going to be saying no…. Not because they didn’t love you, that was not it at all!!!!! It was because they had 2 kids a girl and a boy, and the fear that they had was that their little boy was going to have a hard time adjusting. He was okay when you went over there, but to become his brother he was not to sure, and they didn’t want to cause a emotional trauma for him and for you.

So we got in the car me, you and Gampa, and your mamma, (we cannot forget unkie)!! Then started to make our way down so that your mamma could meet the family. By this time I still had not heard from my cousin until we were about half way, and then the phone rang,

I paused and then told everyone that it was my cousin, and to get prepared because he was going to tell us if you were going to be apart of his family or not.

So I answered, and I heard two voices on the other end. It was my cousin and his wife and they were both so emotional that you could cut the tension in the air with a knife, and this is what he said:

“We have come up with a decision and we are both wanting to talk to you about it, is that okay???”

I could start to feel my eyes well up with tears and the flood gates were open. I knew in my heart of what they were going to say, but I needed to hear it so I said:

“Well, we have done some fasting today and a lot of prayer and we know that we love this little boy more then ever, but we feel like our prayers have been answered by the Lord, and his answer is that

this little boy already has a family picked out, and it is not us…….”

My heart dropped and I just started to cry. I was sad for them because they have wanted to adopt for so long, I was thinking, “Here is your chance what are you saying???? What are you doing????”

Then I stopped that thought process in it’s tracks then I cried even more and even harder because that is when I knew that Handsome already knew where he belonged and that he had already picked his family.

My mother and father always said,

“When we are in heaven we pick our families. It does not matter how they get to us, if it be that the kids are adopted, or if the mother is able to give birth to them, but one way or another we picked our family in the Lord’s presence. It does not matter if you come to us as a newborn, a toddler, a child, or teenager, you still picked us and now we are just that,

I told my cousin that I had the feeling deep down inside that I knew that this was going to be the decision, and that I knew where he was to go. We cried together all three of us, and then he told me:

“Angie I love this little boy so much and he has a purpose in life. God put him here on the earth for a reason, and that is to be loved and cherished forever. Please will you send me a picture of him when he gets settled into his new home so that my wife and I will know that he is okay and that he is loved?”

I agreed and then the conversation came to a end, and we hung up.

I looked at everyone in the car and we had all agreed that we were going to surprise Handsome’s new family with the news when we got there. We pulled up to the house and got out of the car. My favorite thing to do was to get you out of your car seat and then you would give me a kiss and say….

We walked up to the door, knocked and they answered both of them……..your new mama and daddy. I looked at you then Iooked at them and I said,

I was in tears like you could not believe. Thinking in my mind at that time “I just got off work, oh I am a chef at the hospital and I really need a cigarette!!” but you were in the car and I never smoked with you in there.

and then your mamma came in behind us and she hugged your new mamma now. 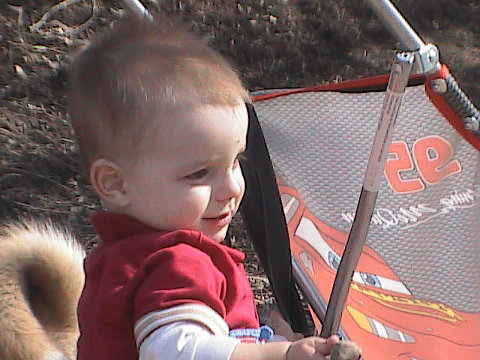 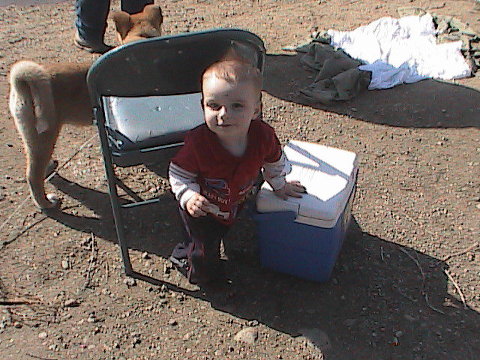 If you want to read the full adoption story, you can find it here…(Click Below)

And if you want to read about our story from the birth mom and nana’s perspective, you can find it here.

And if you want to begin reading about Jordan’s ongoing story about being adopted, and what it’s like to adopt a toddler, you can begin the journey here.

The Other Side of Adoption: Part One

His Side of Adoption: Part One

The Other Side of Adoption: Part Two