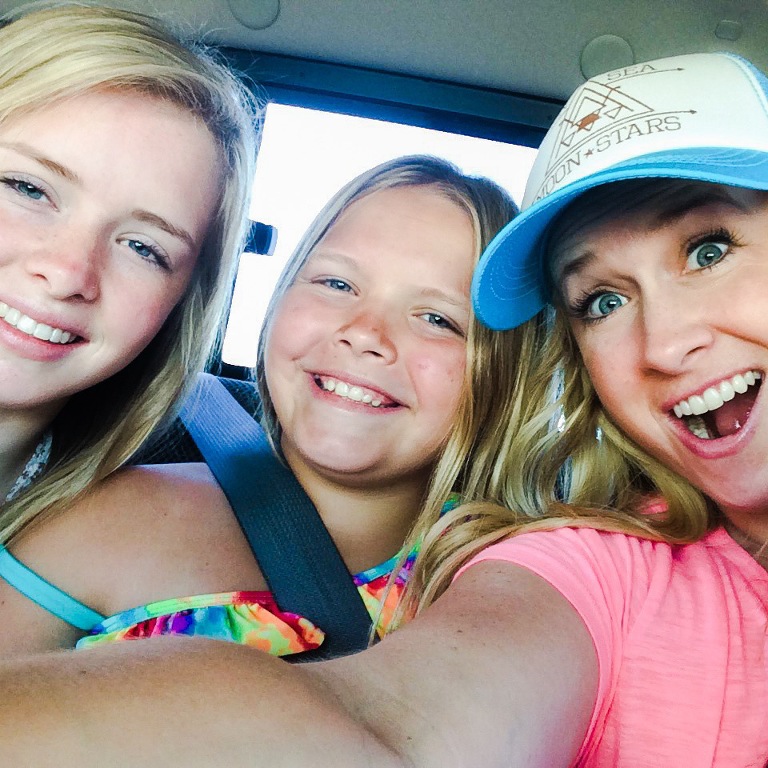 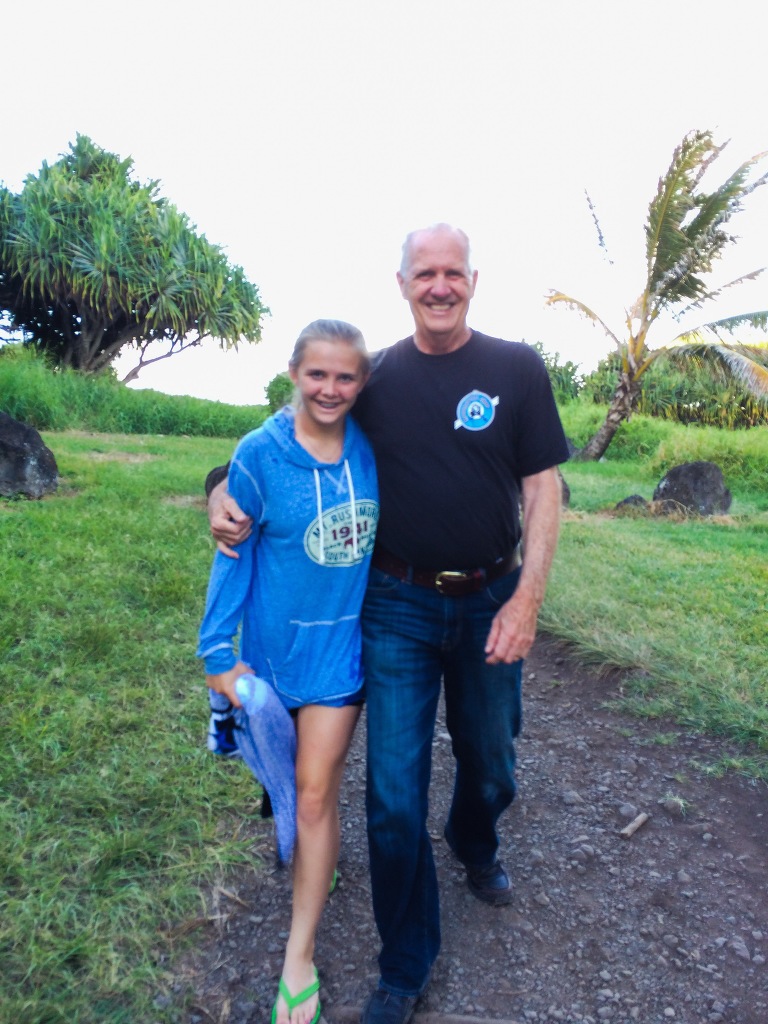 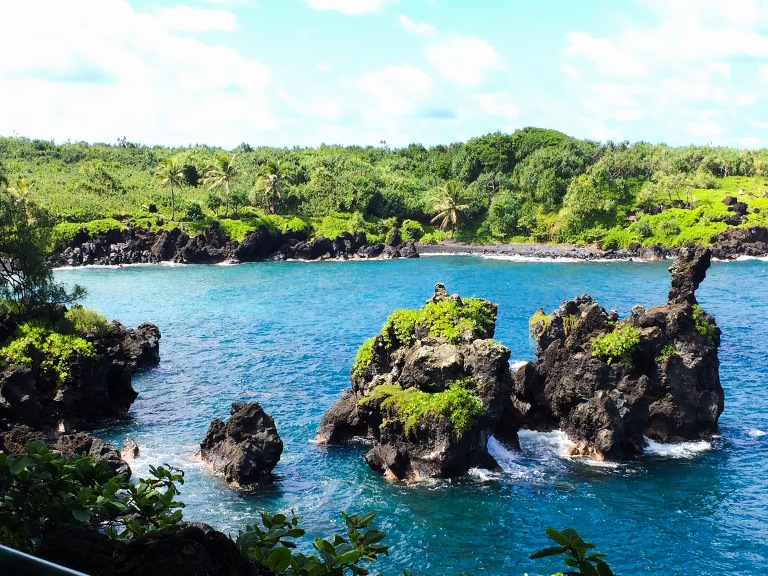 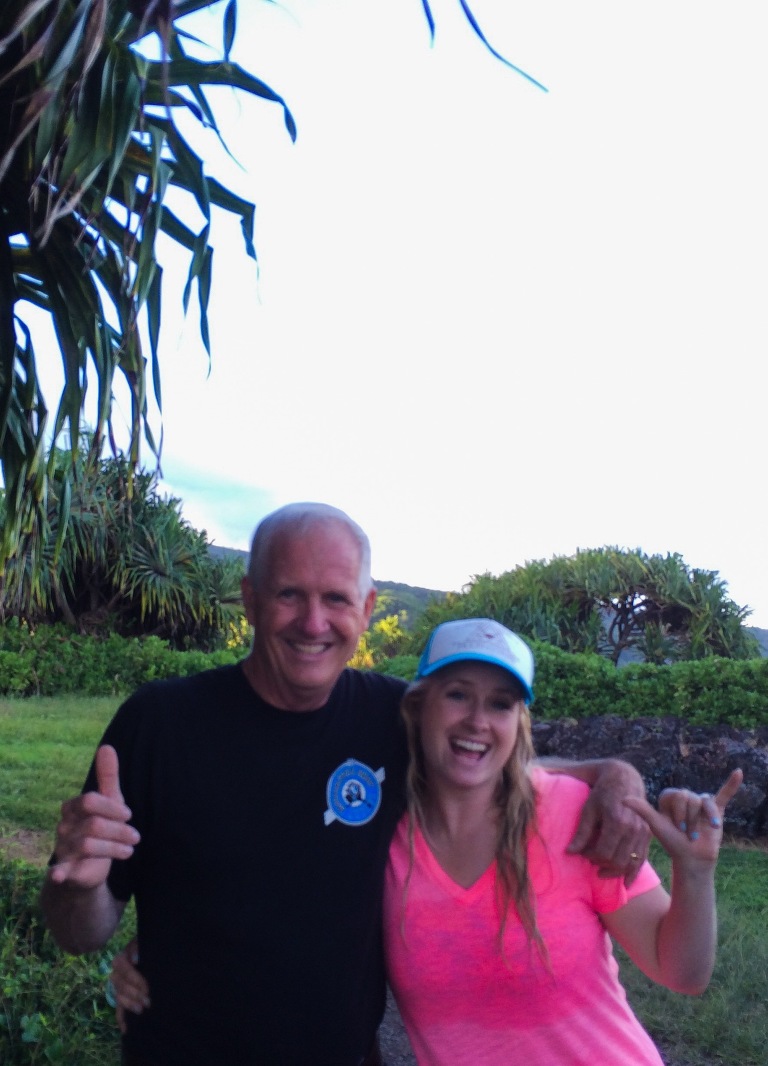 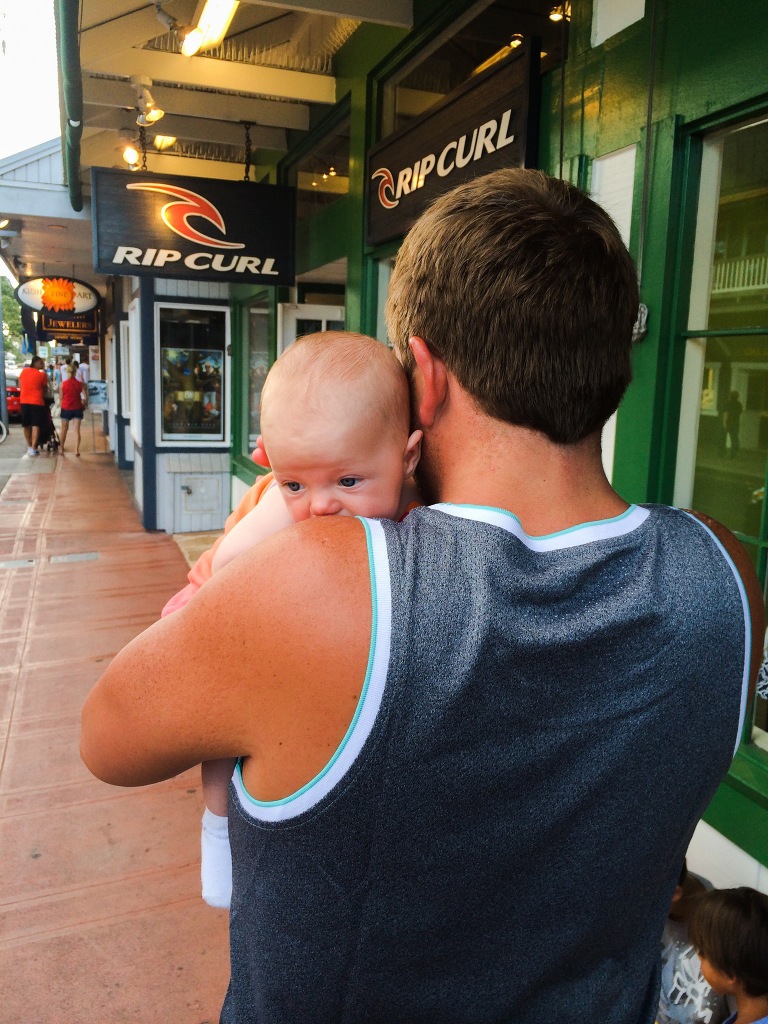 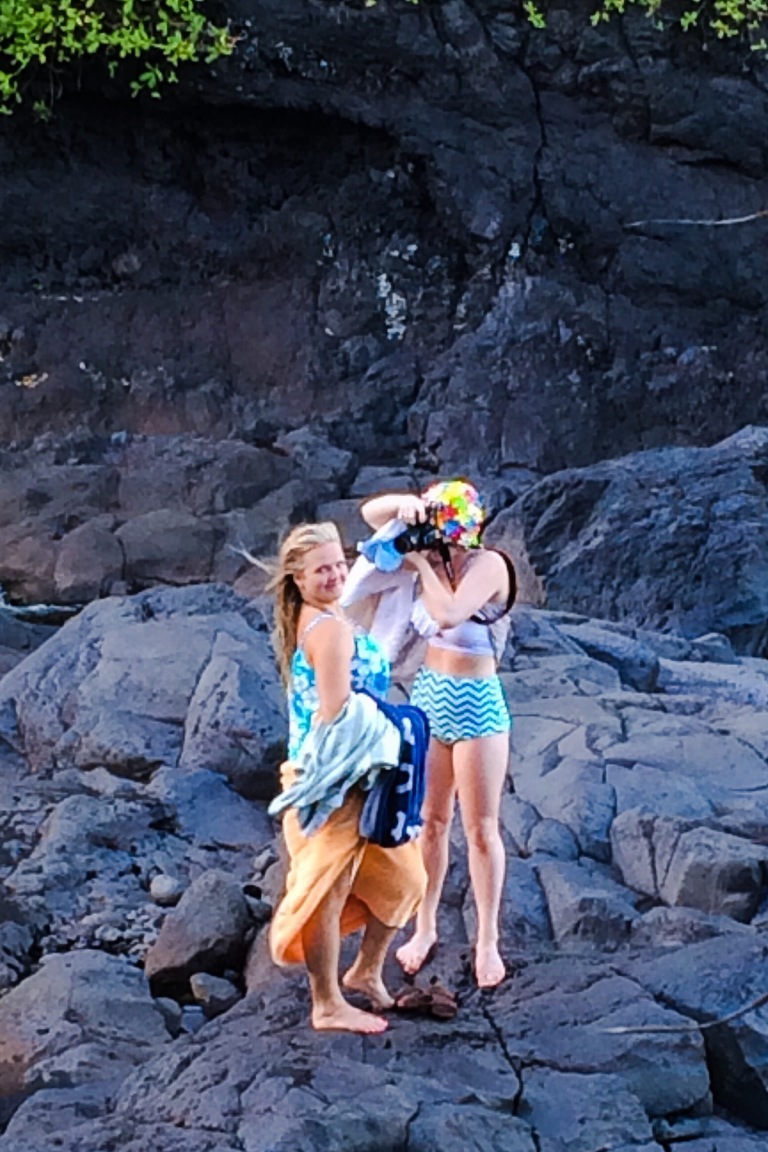 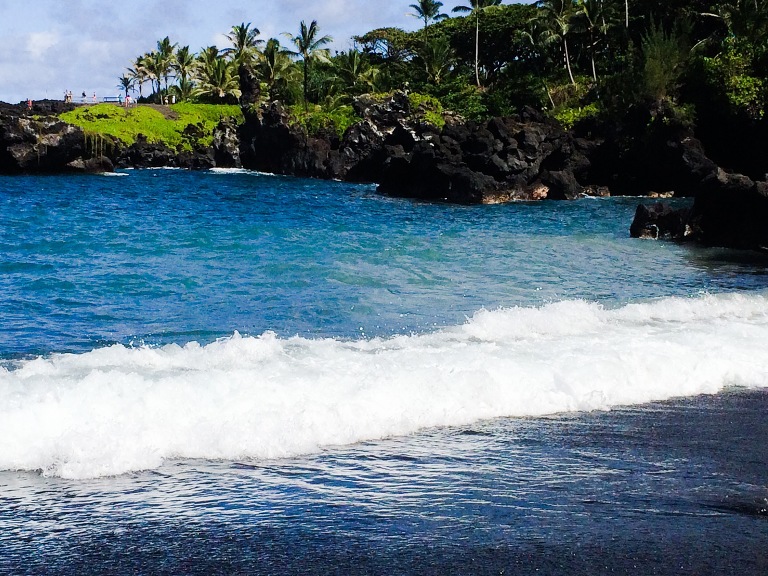 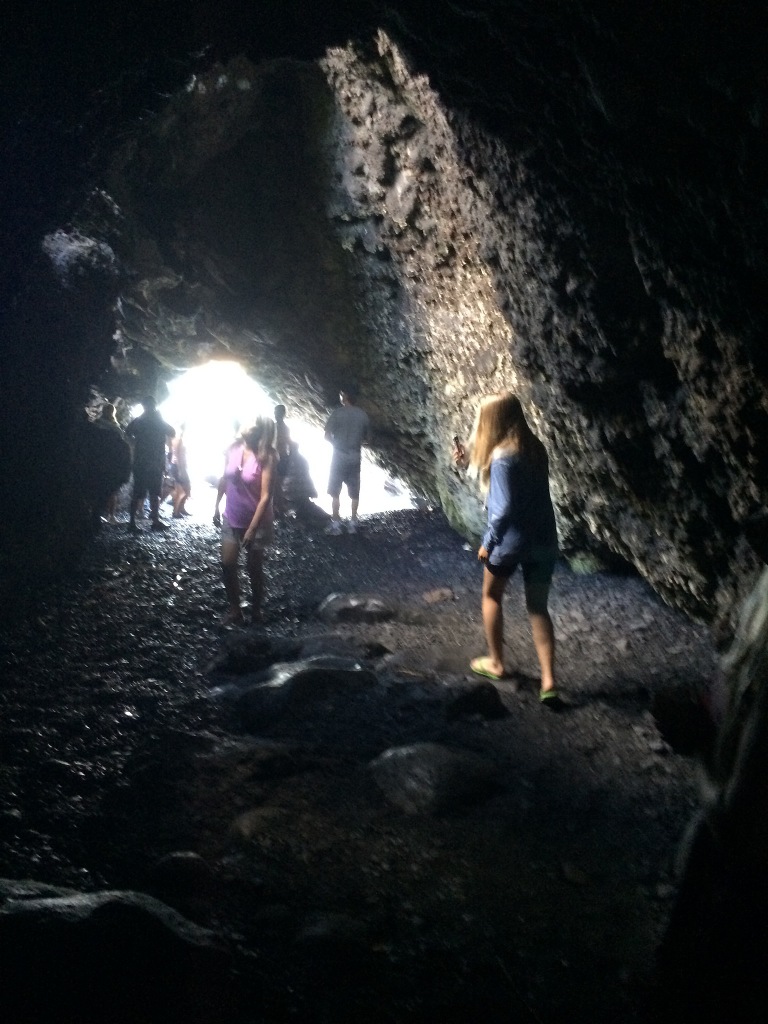 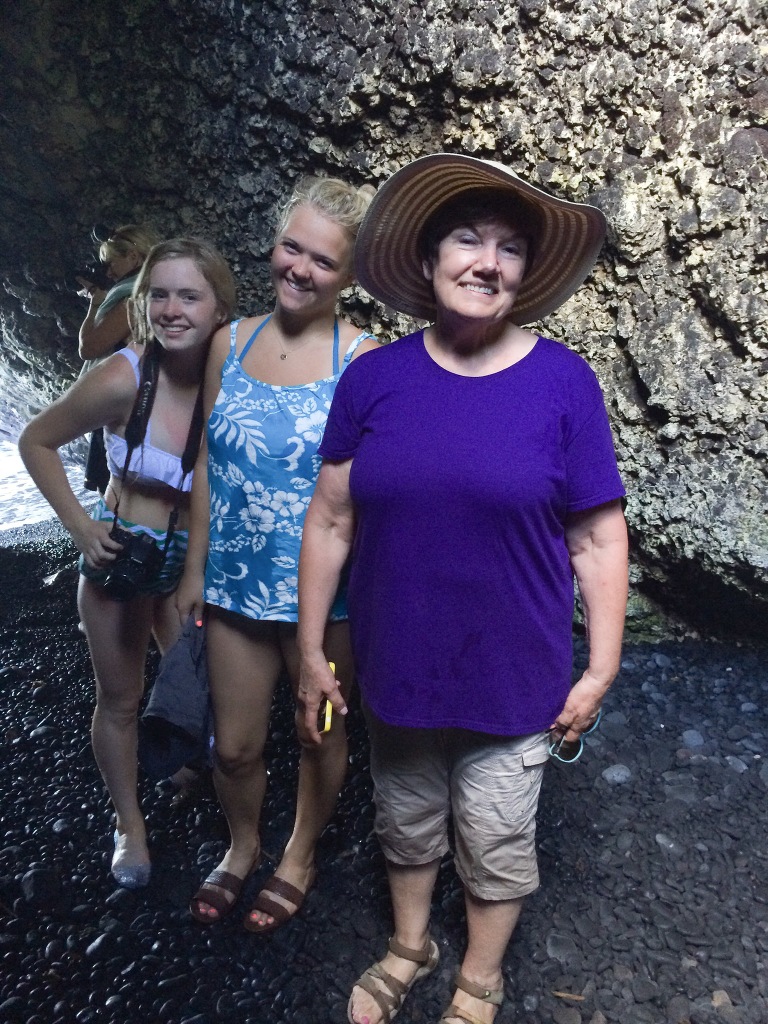 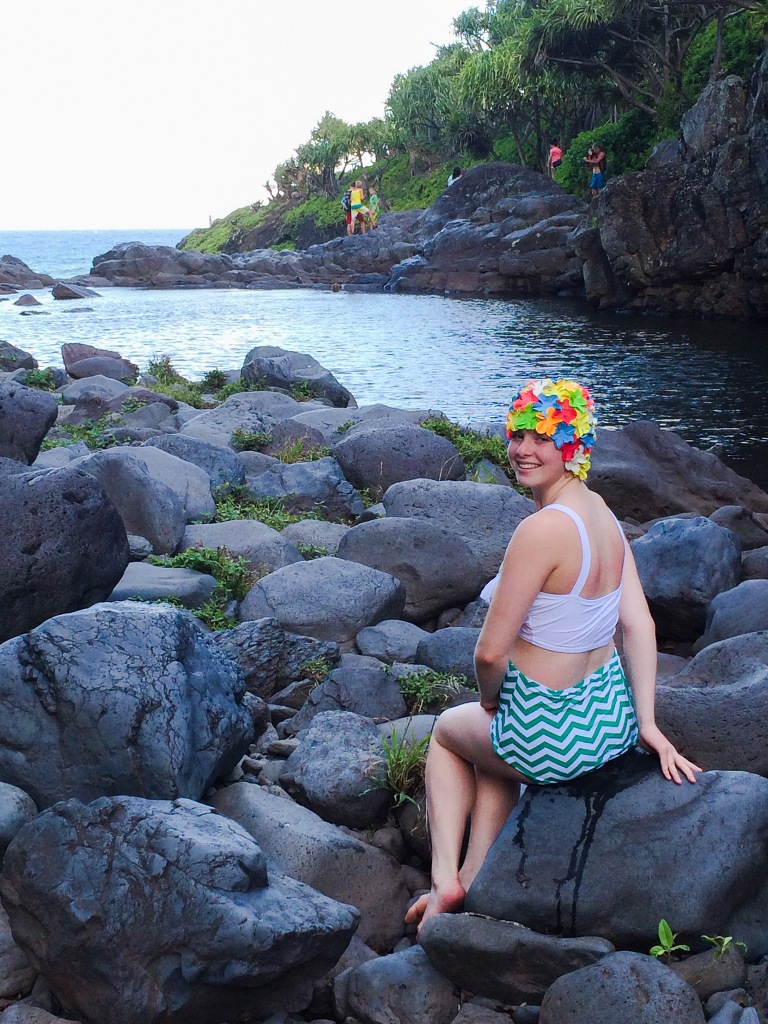 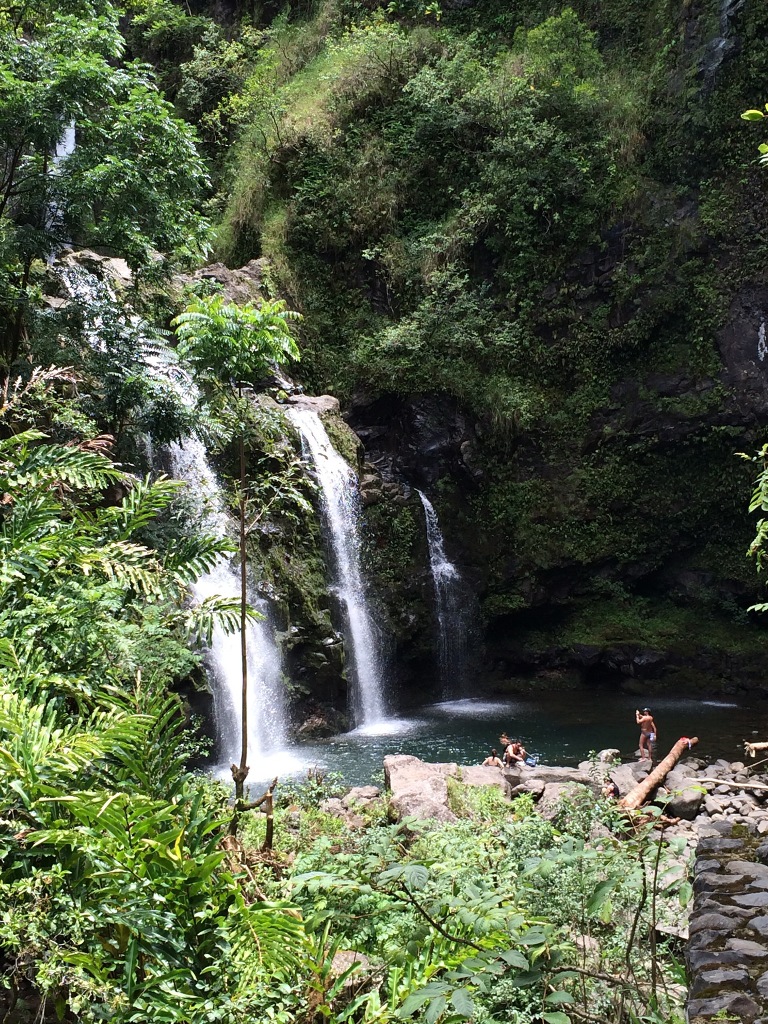 Some dread the Road to Hana, but I knew exactly what I was gearing up to do. It’s something I’ve considered doing before when I’ve been to Hawaii, but always filled my time with something else. I don’t mind a long drive in a beautiful place (roughly 4 hours each way) and I was most excited to play in the seven sacred pools, which is at the very most opposite point of the island, from where we are staying.

When we left, my dad mentioned that he’s bought a cd before that had commentary for the drive, but I had the thought “I wonder if there’s an app for that”, and sure enough, there was. It’s called gypsy guide, and it’s gps compatible so as you drive on the road, it tracks where you are and gives you information along the way. It was great! I’d highly recommend using it. We lovingly named the man on the app, Jerry, and greatly appreciated his commentary. Although, by the end of the drive, we were pretty sick of him.

Some of the highlights for me: were driving with my family, (Jon’s parents, Mandy, Kinley, and Brighton) stopping at a beautiful black sand beach and taking pictures of Mandy, Kinley and Whitney jumping in (better pictures than the iPhone coming later), and mostly – swimming under waterfalls and jumping off the small ledge 🙂 the big one scared me to death! It wasn’t the jump itself that took my breath away, it was the face if the slippery mossy rock you would have to climb, to do it. I also found, as a mother, that I was more nervous to watch my children jump, than doing it myself. In the end – fearless and beautiful nana (yes, my mom!) led out the group, and jumped into the dark waters below the waterfall! It was one of my favorite memories of my entire life, and I’m glad we made the drive. My dad stayed below and took photos of us with a zoom lens, so hopefully I can share them later. It was like something from a dream….

Some other highlights from the drive were the shrimp, fish or pork tacos we ate, on the side of the road in Hana. They were fabulous, and we were all grateful for the food. I also loved seeing my kids have such a great time and laughing with Ella and Whitney in the back seat, as we all sang silly made up lyrics to my moms music. I wish I could post the video that Ella snuck of my dad, because we were rolling…

On the way home, we decided to drive around the edge of the island and not back down the way we had come. It had a few tiny passes on the cliff edge, but mostly lots more straight than the way up and not at all as scary as the road on the side of the island we are staying on. Jon and I took that a few years ago and were freaked out by the one lane road, on the cliff, for miles and miles. We swore we would never do that again, but found out upon returning last night, that Jon went to visit it while we were gone, and they have actually widened quite a bit of it now.

While we were driving home, we passed through some quaint, yet majestic roads – and Ella mentioned that the cows we were passing, were blending into the hills. I couldn’t help myself, and shared that they were “cowmaflaged” everyone rolled their eyes and laughed, especially my mom, because she loves jokes like this – and then Ella piped up and said, “no,they are actually cowmooflaged!”

We returned last night, and I crashed straight into bed. I looked out of the glass octagon room I’m staying in and stared at the stars over the glistening ocean water – and thanked my Heavenly Father, for another beautiful day with my family.

I had almost drifted off to sleep when Jordan ran into my room (some of the kids had stayed with Jon, because the drive would be to long) and he said, “look how much dad and I love you!” And handed over some white and black polka dot, high heel crocs (very cute!), kissed my cheek and asked to be tucked into bed. I got up, brushed his teeth, and tucked him in. I laid back down to fall asleep again, and Halle ran in with a sack.

“Mom! Heavy heavy hang over, thy poor head, what do you wish with a bump on the head?!” Then smashed the paper sack onto my cheek. Look mom! Dad and I bought this for you!”

I peered inside, wondering what it could possibly be – only to see the very same sweatshirt I had eyeballed at front street, the day before! I hadn’t even shown anyone, so of course I was thrilled. I leaned over and hugged that little girl, that youngest daughter of mine, and kissed her soft cheek, goodnight. Soon, I began drifting back to sleep… Until Jon came into the room and wanted to hear all about our day. I explained how his mom and dad had been so fun to be with, and all about the kids and our adventures. He was happy. Happy for us. Happy that he didn’t have to drive that far with a sore back, and ecstatic that he got to eat at Ruth Chris steakhouse, with the kids we left behind, and happy we could snuggle at the end of a long day.

19 Must Have Items for Your Next Road Trip

7 Safety Tips For Your Next Road Trip + Giveaway!