It’s dark outside, pitch black – and I feel the need to blog.

I feel like there is something I need to share today, although I’m not sure what. I think over the past while and it hits me. I need to start sharing about reactive attachment disorder, or R.A.D.S. as I’ve heard it explained.

“Janae, did you bring the address to the house?”

“Yep. Thanks for doing this on a Friday night. I know we could be doing anything else, and instead we are watching a movie about reactive attachment disorder. It’s not necessarily our usual definition of fun!”

We drove around in the dark, looking for any sign of a house number. Finally, through process of elimination, we stopped at the house with the most cars, and I jumped out to ask if we were at the right house. I walked up the beautiful pathway, and knocked. “Hi, is Jenny Dew here?” I motioned to Jon that we had found our destination, walked to get him, and we both stepped inside.

The house was big, and welcoming. Dinner was hot and ready for our taking, and we sat to eat. Along side us were two other families that had become accustomed to R.A.D.S. and also a nice couple that represented their legislature in the community. I was so impressed with him for taking the time out, on a Friday, and being open to learning about something that meant a lot to member of his community. We began to fill each other in on what brought us together that evening, and our conversation was pleasant. I was so impressed by all of them, such warm and inviting personalities.

I wasn’t totally sure why I had been invited to attend this private screening. I knew that my new friend, Jenny Dew, that welcomed me, had lots of experience with R.A.D.S., but surely, Jordan couldn’t fit into a diagnosis sort of category. I have come to believe over the past few years that he would struggle, but to what extent, I still don’t know. I mean, he is healthy, happy, funny, well adjusted and perfect – most of the time. And all kids struggle from time to time, don’t they? On top of that, I adopted a son – after raising six daughters, and that enough is to question his sanity, and my own.

And then there are times when Jordan seems … off. I notice warning signs that worry me, and I’m not quite sure it I’m overthinking them, or not. There were the times like when he first came to live with us at eighteen months old, and we couldn’t shut doors – because it scared him so bad, and it didn’t even matter what side of the door he was on. And the times he would scream so hard and long, and hit his head on the floor, door or fish tank when he was upset. And the first year he was with us, and I had to stay by his side until he fell asleep, because he was so scared. And the times Jordan was in his car seat, and would scream every time I dropped off a kid to school – because he didn’t want them to leave… or the time last week when he was upset and threw his pencil in class, and followed it up with shoving his desk when the teacher asked him to stop running around.

Yes, there may be some post traumatic stress and R.A.D.S. going on. I’m an optimistic kind of gal, and I believe that anything can be worked through. I have realized, I can also underestimate the enormity of a problem – because I believe good intent conquers all.

As we finished up dinner, we decided it was time to head down to the movie room. Red walls and posters of “Pirates of the Caribbean” and other famous flicks, welcomed us. Jon and I picked our favorite reclining leather sofa, and settled into what would be my last hour of denial. The movie we watched was called “The Boarder” . It was too shocking and intense to even cry, honestly. I saw pieces of Jordan in the main character, but then again – I knew he wouldn’t struggle as much as this main character had. There is a continuum of R.A.D.S. and I believe that we are ALL on the spectrum, somewhere. 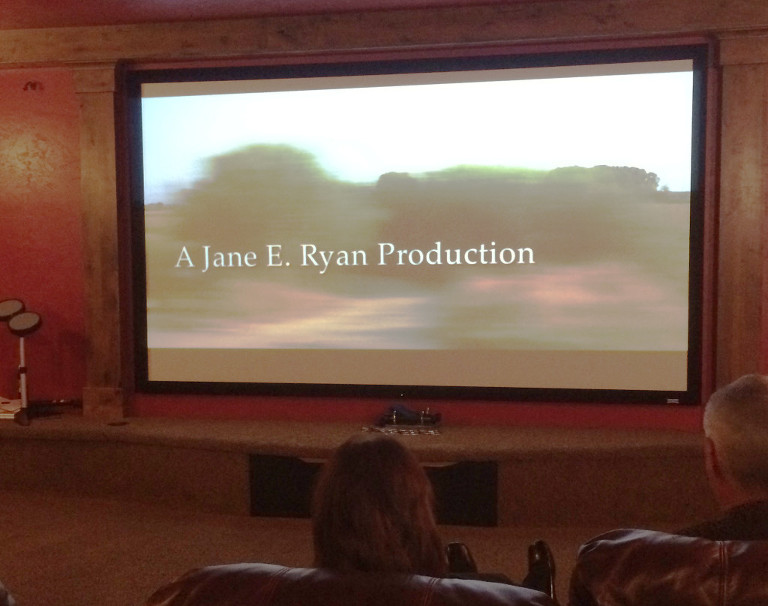 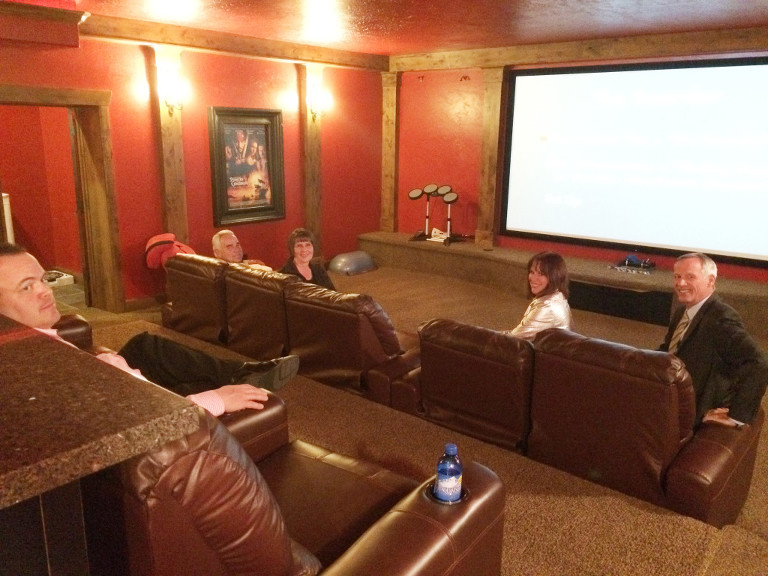 Every once in awhile, a tear would creep into my eye, and I’d push it down. I stood up to thank our hosts for having us, and asked, “Are all R.A.D.S. children this extreme? Do they all struggle with this level of breakdown, or is there something I can do to stop the path that Jordan may be on? Anything at all?”

And then they looked at me with their sweet, all knowing eyes. They empathized with my soul. The years of frustrations and feelings of helplessness began moving in me and found a way to escape through my eyes. I couldn’t control it. But somehow, I knew they understood and I felt safe.  I felt Jon walking up behind me and I knew we were both feeling the same thing – and we would work through it, together.

I felt blessed to have concrete support in times of need. I looked around the room and realized that I was not alone. No matter how hard this journey with Jordan may be, we are all surrounded by people that genuinely love and care. Some of them I had just met that evening, and my husband… a long time ago.

Why we ALL Need the 12 Step Program!