Minivans vs SUVs: For Moms on the Go

Minivans vs SUVs: For Moms on the Go 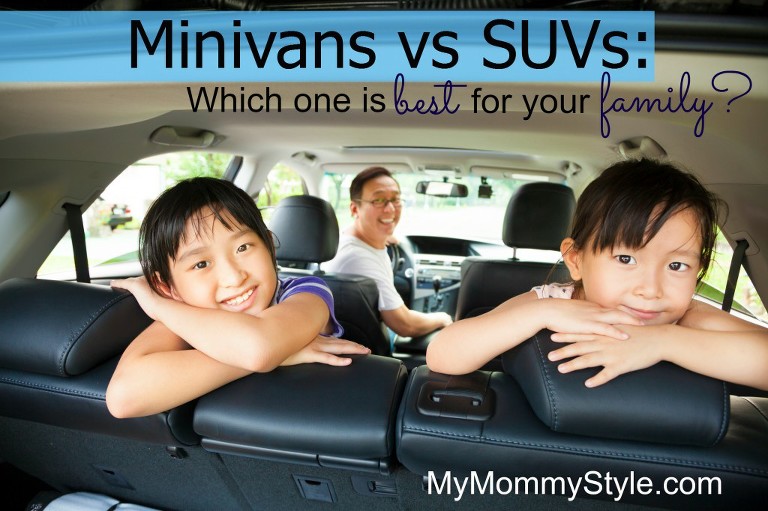 Is your family thinking of making the switch from a car to an SUV or minivan? Are you trying hard to figure out which one might be the best fit for you? I recently had the opportunity to test drive and compare several SUVs and minivans at RC Auto and my experiences there surprised even me.

As someone who gets annoyed at the SUVs that line the parking lot to drop off children for dance every time I try to leave the office, I never thought I’d want an SUV. They are big and always seem to be in the way. But I never pictured myself in a minivan, either.

It came down to a couple issues for me. Obviously, space is a big issue. When you have a small car, though there may be five total seats, three children with booster seats and car seats can’t fit side by side (I figured that out the hard way while trying to fit three of my nieces and nephews into my backseat). Plus, if I ever want to take my family on a road trip or move furniture in my car, how much space would I have available?

My next concern was maneuverability. If I go with a giant SUV, I may have a lot of space, but will I be able to handle tight turns in the parking lot as I’m dropping my kids off somewhere? It seems like a minivan might be the better option here, but what about the space issue? What’s the proper balance?

For those of you facing the same questions, here are some things you ought to consider that I learned test driving and comparing.

Okay, let me break this down into a few areas…

First, cargo space. Hands down, the Denali Yukon I drove had the most cargo space. Even with the optional back row of seats up, the Yukon took the cake amongst the SUVs I tested. If you’re looking to load up a lot of sports gear, the Yukon is the SUV for you. As a comparison, I also tested a Cadillac Escalade, which had a surprising lack of space.

The minivan I tested (a Toyota Sienna) actually felt quite spacious. If you’re willing to lower the back row of seats into the ground (very easy), there is quite a bit of available cargo space.

Perhaps the most surprising find for me was the Toyota Highlander, a mid-sized SUV. Like the minivan, if you put down the back row of seats in the Highlander, there was a lot of cargo space to work with. The mid-sized option was also much easier for me to maneuver, though we can get into that a little later.

Next, leg room and elbow room. When it came to leg room, I was surprised at what I discovered. The minivan and the Highlander actually had more leg room and elbow room than both the SUVs I drove. The SUVs look so big to me that I automatically assumed they’d have the most space inside. But, that’s not always true. The extra cargo space in the SUVs really eats away the leg room and luxury. However, the SUVs did boast full-sized passenger seats (albeit with less leg room). Both the highlander and the minivan had a smallish seat between two larger seats that wouldn’t really cut it for longer drives.

If you need to transport a lot of trappings and children in a pinch, the SUV might still be your pick. But if you can switch between transporting kids and transporting excessive cargo, the minivan has a lot going for it. It would probably be my pick for a long trip, as passengers would be far more comfortable in a minivan for an extended period of time.

If I had several young children, I would also pick the minivan. It would also be easier for a parent to get into the back seat of a minivan (if he or she needed to buckle in or attend to a child) than it would to get to the passenger seats of an SUV.

If you have three or fewer children, I think a great compromise for your everyday life is the Highlander. It had plenty of leg room, and if you take down the back row of seats, there is also plenty of cargo space. However the middle seat in the first row of passenger seats isn’t actually a full seat, making the Highlander a second choice when it comes to extended road trips. 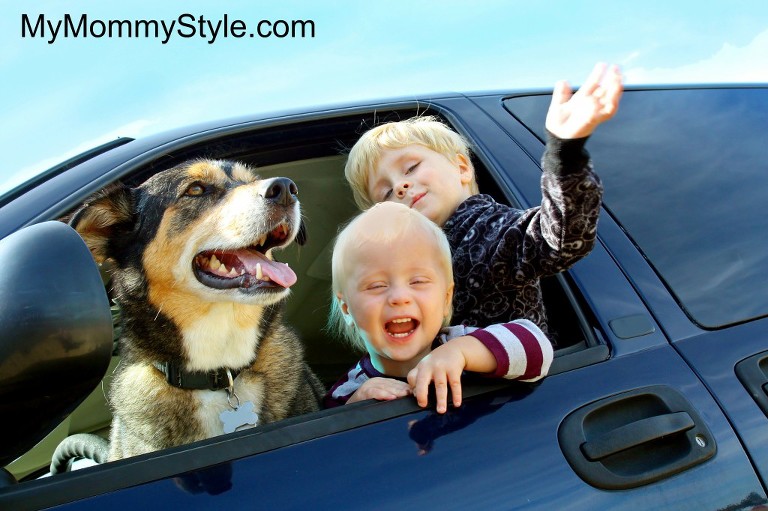 But how does it move?

I’ll be honest. I thought driving an SUV would be a beast, and it was. I still don’t quite understand what would possess someone to want to drive one full time. SUVs are massive. They are heavy and difficult to maneuver around corners and in tight spaces. Not only that, but it’s difficult to see over the front end of an SUV, and that made driving a frightening experience for me. I literally couldn’t park the second SUV I tested in its original spot. It was just too big for me to maneuver.

I wouldn’t want to drive an SUV into an area with lots of young children, say as I was dropping my kids off at school, because it is really difficult to see around the entire vehicle. The heavy doors and the height of the car also seem like a deterrent to young children.

The minivan fared much better in the maneuverability department. It was lower to the ground, with sliding doors which were much more kid friendly, and it wasn’t hard to see over the front as I was driving. Though I always thought minivans looked big and bulky, the one I tested was much easier to maneuver than the SUV.

The Highlander also fared better in the maneuverability department than the full-sized SUV. It didn’t feel like a monster of a vehicle, and it also had an added kick that the minivan lacked, because it is a mid-sized SUV.

Some things I didn’t consider…

I hadn’t really given a thought to acceleration as I was researching cars. After all, SUVs and minivans aren’t sports cars. However, I did find as I started testing the different vehicles that I liked the power of the Yukon, the Escalade, and the Highlander. The minivan lacked a certain punch, though it didn’t fare too badly.

The Highlander and the minivan definitely boasted the best glove compartments, though the SUVs did have a rather large console between the front seats. Still, though the middle console offered space, it seemed a little obtrusive.

The control console for the minivan and the Highlander was also easier to understand, with larger, more obvious buttons to important things like heating and cooling operations. As I was driving, it was nice not to have to look down for very long to figure out how everything worked. Both the Yukon and the Escalade’s consoles were less driving mommy friendly.

SUVs are loud, which is another thing I hadn’t given much thought to. I felt like a disturbance in an already huge vehicle, and the sheer noise of its engine was a turn off for me.

And, of course, I wasn’t prepared for the price of the SUVs. Both the Yukon and Escalade were nearly $30,000, and they were both used. In comparison, the used minivan I tested was close to $15,000, and the used Highlander was close to $20,000. All the SUVs were 2008 models, and the minivan was a 2006. For such a large price difference, neither of the full-sized SUVs seemed to offer much over the minivan and the mid-sized SUV.

When it came to gas mileage, both the Highlander and the minivan did much better than the SUVs. The Escalade had the worst gas mileage, at a low of 12 miles per gallon in the city, and 19 miles per gallon on the highway. The Yukon did only marginally better. The minivan’s mpg was understandably a bit higher (17 mpg in the city), but the real surprise was the Highlander. Its mpg was as good as the minivan’s!

In the end, I was surprised by two things: how much I actually enjoyed driving the minivan, and how much I liked the midsize SUV. The minivan had way more to offer in space and maneuverability than I thought, and I think if you have more than three children, it’s the option you should go with. The Highlander seems like the perfect option for someone with three or fewer children. Its size and space are perfectly suited for a small to medium-sized family. And I do have to say, though I wasn’t a big fan of either SUV, if you have more than three or four children who are a little bit older and perhaps involved in sports or other activities, you might enjoy having an SUV to haul everyone and everything around.

Hopefully my tips help you in narrowing the process just a bit. I would suggest, above everything else, not ruling out an option like the minivan in favor of the SUV simply because you want to avoid being a mom in a minivan. Keep an open mind as you consider the options for your family, because you may very well be surprised at what you find.