How to Make High School a Better Place

(As I woke up this morning to begin work on my computer, I found this assignment that my daughter, Whitney, had written – and I thought it was pretty awesome, and had to share it! I couldn’t be more proud of my smart and funny daughter, Whitney – taken by my very talented photographer friend Kelli France She is also our fashion contributor!) The think that I love about Whitney, is that she is very comfortable hanging out with all kinds of people.  This makes me more proud than anything. 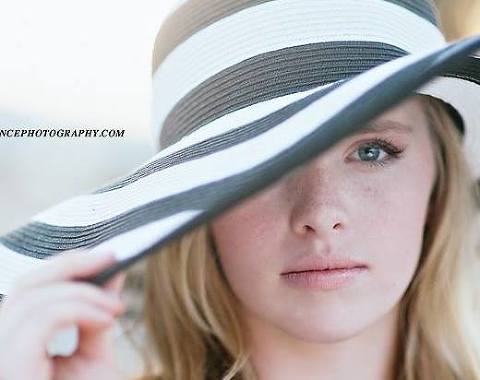 As many highschoolers know; it is some what essential to “fit into” society. With reasoning, teens and tweens believe to become popular is to not laugh too much, gossip traumatically, and use the proper language of what’s new.  Trends such as the fierce with the two fingers or using words that are purposely shortened like cra-cra instead of crazy, infuriates me. Everyone must know that being too kind is out of the solution when becoming popular. It is a secret method used by celebrities such as Simon Cowell. Everyone knows how terribly rude he can be, but notice who is the most popular at the judging seat. Those that are praised in high school are not necessarily the nicest. It is whom that gives empathy to the face but scars behind backs. This contest of the pecking order has to stop.

To solve this problem, popular people will be transported to the boarding school of the dweebs. This school will make the popular un-popular. They will be forced to wear their shorts at least 6 inches above the belly bottom and talk with a lisp. Fail to do so; the goober counsel will have a spitting session among the appointed subject. Popular students will be forced not walk but run to class when the first bell rings. The biggest consequence would be to those that make fun of another student. If this action takes place, the student has to undergo and watch the full season of Sarah Palin.

The effects of the social norm will dramatically change because of this. “Popular” students will get to see the other side of things. No one would have to worry about fitting in or wasting energy for others to appreciate another’s existence. Also many more relationships will come out of love instead of hate, and people will finally stop what is known to be POPULAR. One of the bad things that could happen from this would be that no one would be totally different. We all in a way would act the same, but maybe that is better than those emerging and becoming bullies.

Popularity has to stop.  So many people suffer towards the want of others appreciation. If everyone got along, life would be nice and so would humanity. Everyone knows at least one popular kid and not much positivity comes from this single word. Imagine a place where people talked about star wars more than vine; that Avatar the Last Air bender seemed much cooler than Justin Bieber. In the wise words of Matisyahu song One Day, “ One day this all will change, treat people the same, stop with the violence, down with the hate.”

Tips for a smooth transition from summer to school

A comprehensive back to school checklist

0 comments
« The Best 10 Baby Sleep Tips to Help your Baby Sleep Through the Night
Kinley’s Senior Pictures in a Video! »